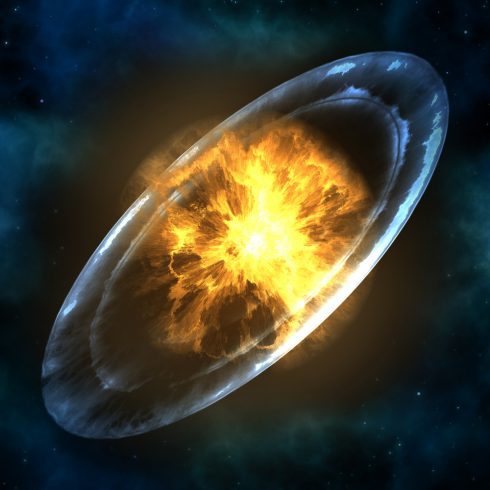 We have always been fascinated by theories that talk about Earth’s annihilation, as the fear of the unknown haunts us. There are so many factors that can end our existence on Earth as soon as tomorrow and tell you what maybe some of the factors discussed below may already be spinning into motion.

10 Ways That Guarantee the Apocalypse

So, let’s see the various ways we can witness the dreaded apocalypse.

We all live on Earth due to the courtesy of the Earth’s stable polar axis; Polar Axis refers to the axis on which the Earth rotates. We are protected from the harmful UV rays of the Sun because this axis is the central location of the magnetic field of the Earth and hence is responsible for protecting us from the UV Rays coming from the Sun. But guess what?

In a few thousand years, the Earth might reverse its polarity; thus, the North Pole becomes South, and the South pole becomes North, which brings forth an apocalyptic scenario for the Earth.

The Earth’s magnetic fields are temporarily disabled or weakened to almost no power, thus making Earth directly exposed to UV Rays of the Sun, which in turn can wipe out our existence for good. The last time the polar shift occurred was around eight thousand years ago, so it could really be the time for the next shift. It could be one of the reasons for an apocalypse.

Our Earth has been through many ice ages before, and we all know ice age generally causes mass extinction; a typical ice age cycle takes centuries to spin into motion. Still, the amount of harm we are doing to our environment can kick start an ice age within a decade or even a year by using nuclear weapons. It could be one of the reasons for an apocalypse.

When a Nuclear bomb is detonated, then a phenomenon called Nuclear Winter is witnessed. If a world war occurs and nuclear warheads are used, then not only a majority of us would die from the energy released by the bomb, but the remaining one would die from the inevitable nuclear winter following it; in which the entire solar light is stopped from reaching the Earth’s surface thus kick-starting the Ice Age.

Supervolcanoes can also lead to an ice age if they continue to remain active for long periods of time. Snowball events may occur, and our Earth could be fully buried under a blanket of ice, the only person that would survive it would be the billionaires who would manage to reach a deep earth bunker.

The death of supermassive stars occurs as a supernova explosion, releasing many gamma rays into space, covering several thousands of light-years. Gamma rays are incredibly powerful and can easily wipe out entire living species coming in their path. If Earth comes in their path, then our extinction is inevitable.

There are few stars near our solar system that can enter into a supernova phase anytime. However, we can’t predict when that will happen. There is no technology right now present with us that can help us from these gamma-ray outbursts. It could be one of the reasons for an apocalypse.

If it occurs, there is no running away from it, leading to the total extinction of all biological activity on Earth. All we can do is hope that it doesn’t occur in our lifetimes, and within a few centuries, we might develop ways to protect ourselves from such a phenomenon.

We all felt the global tensions that arose when the Large Hadron Collider (LHC) was to be used for doing a particle physics experiment when various groups’ expressed doubts that the experiment could cause the end of the earth by creating artificial black holes.

The scientific community nulled the claims, saying that the experiment was absolutely safe. With the use of machines like the LHC, we are entering the areas of fringe sciences. It could be one of the reasons for an apocalypse.

In its dangerous uncharted territory, one of the aims of L.H.C was to recreate the condition that existed at the time of the Big Bang. Such conditions have never existed in the universe after the big bang was over, making it a very, very dangerous proposition. If we do not tread carefully, something might go seriously wrong, and a black hole might become unstable, leading to global destruction.

Approximately 75000 years ago, a supervolcano erupted near Lake Toba, which many experts believed was the primary reason for the Ice’s Millennial Age. This volcano was single-handedly responsible for wiping out the majority of the human population at that time.

Supervolcanos pose a greater risk; they kill people by suffocating them slowly by inhaling the poisonous gases emitted by them and reducing the earth’s temperature considerably. It could be one of the reasons for an apocalypse.

Global cooling occurs due to the blocking of sunlight to reach the earth’s surface due to the volcano’s heavy amount of ash present in the upper atmosphere. In the present-day scenario, the USA’s Yellowstone volcano poses such a risk for us.

The Earth gets hit by various asteroids and comets from time to time. Rogue Asteroids are very dangerous as they have the ability to wipe out entire human civilization by impacting the Earth’s surface. The biggest example is the end of the Dinosaurs Cretaceous Era.

More recently, in the year 1908, a huge impact of Serbia’s comet fragment caused massive devastation. Even though NASA claims that they continuously monitor nearby Asteroids and Comets, they cannot predict which asteroid would go rogue and get deflected from their normal course toward Earth.

We currently have no known technique that can stop a full-fledged asteroid impact from happening. It could be one of the reasons for an apocalypse.

This is a very amazing concept that I thought to share with you. Did you know that a single light bulb can boil away all of the oceans present on the Earth? Classical science theories state that the observed vacuum maybe just an average vacuum, in which particles and their respective antiparticles collide and annihilate each other continuously.

The theories also state that a light bulb encloses a perfect amount of space with enough vacuum energy that it can boil all the earth’s oceans if this energy equilibrium destabilizes if, by any means, it would cause the complete annihilation of humans from Earth. It could be one of the reasons for an apocalypse.

Solar Flares have the power to eliminate every human from the face of the earth; during a recent survey, they explained that the amount of solar energy had increased many manifolds during the past couple of billion years. It could be one of the reasons for an apocalypse.

The increased solar output is really a cause for concern, and it’s predicted that in a few billion years, the earth will be inhospitable to humans. The other aspect of this increased output could be the surge of a supermassive solar flare that can destroy the Earth’s magnetic field and can also blow away Earth’s atmosphere completely thus making humans die instantaneously.

Ebola, MERS, SARS, and Super Bug we already have heard about them, and so we also know how dangerous a threat they pose. MERS, also known as Middle East Respiratory Syndrome, was so dangerous that people affected by the virus died without showing any symptoms.

We already have crossed the six billion marks in population, so it’s nearly impossible to isolate any country by diseases as international traveling is way too common now. It could be one of the reasons for an apocalypse.

The use of a biological weapon is a shining example of the invitation for global pandemics. In history, pandemics like the black death and the great plague have killed millions of people, and it won’t take any serious efforts for the likes of such diseases to spread as there are so many vectors now.

This is, in fact, the most interesting theory of all; there was a philosopher named Chuang Tzu in the fourth century that raised a question that remains unanswered by all the thinkers in the world. It could be one of the reasons for an apocalypse.

This question is really amazing as it opens a dialogue about whether we are real or just conscious of a small creative boy who is dreaming very profoundly while taking us all as the vectors in his imagination that are talking and interacting with each other. Well, if that’s the case, then we should hope he never wakes up.

TAGGED: earth, human
HARSHIT MISHRA October 26, 2015
Share this Article
Facebook TwitterEmail Print
What do you think?
Love0
Sad0
Happy0
Sleepy0
Angry0
Dead0
Wink0
Posted by HARSHIT MISHRA
Hey there this is Harshit, I am an Engineer by profession, writer by heart, dreamer by thoughts and philanthropist by nature.
1 Comment 1 Comment