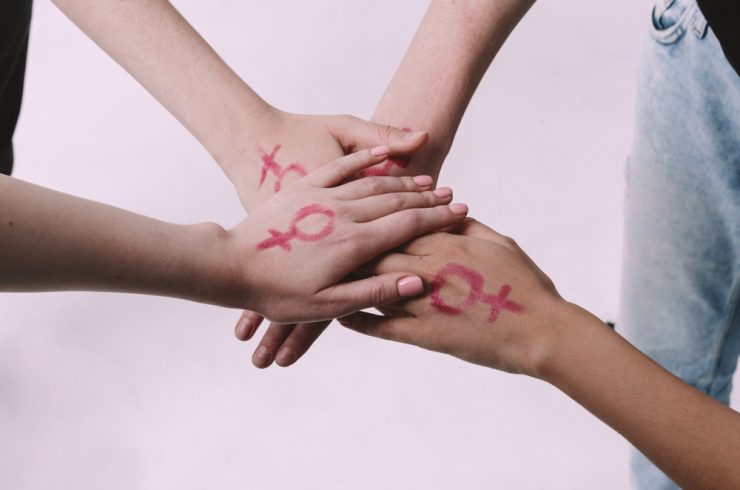 We need to clear all the misconceptions and break those glass ceilings people proudly hold. What Feminism myths do you believe in? Before anything else, let’s first see what Feminism means. Feminism, in the simplest term, means gender equality, that is, equality between the two sexes based on several aspects in terms of human rights.

From the start of civilization, it has been chiefly the reign of Patriarchal society with few exceptions. A Patriarchal society, where men are considered superior to females, and females are not given equal rights compared to men. Though the gender gap is reducing with every passing decade, a considerable gap still exists.

Here are The Top Feminist Myths that need debunking.

Feminism Myths: Feminists are cruel, heartless people who have no time for love.

Firstly, Feminists are human beings too, okay? The above statement is a sham. Women who are feminists want to experience love as much as others. The only difference is that feminists look at it more equalitarian way.

Sharing or splitting any expense bill should be done, or decision-making in the relationship should be mutual. The effort and compromises from each side are equal, is what they believe in. For instance, feminists think that even girls can propose first rather than the guy always doing it.

Labeling feminists as cruel and heartless is so misogynistic and dumb to say. Feminists are regular people to whom love is essential, maybe even at the top of their priority list. Do not let their strong personalities scare you!

A big NO to this statement because this includes a lot of scope for misunderstanding. In today’s world, where every country is growing, humanity is deteriorating. This notion has been on every man’s mind, but it is a baseless accusation.

Females have been thrown away under men’s shadows for ages, leading to a prolonged injustice to one-half of the population. That is why women’s empowerment is so important, and hence Feminism is a fight for equal rights for women. It is a fight for a just society for women too.

Feminism does not mean getting ahead of the other gender or using every opportunity at their discretion. It simply means the demand for equality. Gender equality is the right of every human being on this planet, and men being on par with women should not sting at all.

Yes, maybe marriage that is a social contract or serves as a business deal between two families is not agreeable. But a marriage with mutual respect, ambition, and freedom is always acceptable. Both love and marriage are as crucial to feminists as life itself. Many Feminists also disagree and avoid marriage rituals and go for just court marriages.

It is the couple’s choice, not other people’s or their family’s, so they should not interfere in their decisions. Many Feminists also have a different perspective on when to get married. Usually, they prefer to marry after they set their careers soaring high in the sky. Hence, such baseless statements make no sense.

Feminism Myths: They hate having children.

God bless those who believe this is true! What has equality got to do with the love for having children? The decision to have children is to be decided by the couple. Even if a couple has kids, both the mother and father take equal responsibility for the child/children.

Feminists have long fought for access to reproductive health care centers and various other medications. Now many workplaces have a provision for both the parents to get paid leave for the first few months after they have children. That is Feminism, and it is not at all absurd.

Feminist women and men nurture their children to believe in inequality rather than Patriarchy. Moreover, they would teach their children to stand up against inequality. Also, the decision of abortion is up to the mother. As the saying goes, “No Vagina, No Opinions.”

Nobody understands more than women what Patriarchy has done to society. Therefore feminists DO NOT want to establish matriarchy as a state order, which would replace an existing form of domination. They do not want to be ruled or ruled. Equality is the only plan.

Feminists hate men, are aggressive, and like to be independent, so they must be lesbians. Such preconceived notions about feminists have been doing the rounds for decades now.

Feminists, like everybody else, can like both men and women. Feminism has nothing to do with sexuality or sexual attractions. Period!

What is with this speculation? Of course, a man can fight for the rights of women! We have many Feminist men around us who believe in the idea of Feminism and stand beside this cause. Luckily, not the entire male population is sexist, misogynist, and male chauvinist.

These noblemen walk beside women bearing the torchlight in this fight. Feminist men do not look down upon women in power or are better than them. So do not dare demean such brave and wise men who walk hands in hands with Feminist women.

Feminism Myths: They never bow down.

Why wouldn’t they? If a person is at fault and has to apologize, they will. Career-driven women are not necessarily egoists too. Yes, indeed, it is true that they would bow down when necessary.

Feminism is a moral code, but it doesn’t defy the law. Most importantly, people misinterpret that Feminists will not bow down before Patriarchy, male chauvinists, and misogynists. Feminists will fight until the end of time if required.

Feminism Myths: Feminists are not feminine.

If a Feminist woman’s approach to life is independent, that does not justify labeling her aloofness. Demanding one’s rights does not make one a man. Women, like men, can be equally career-driven, focused, and intense, yet emotional.

Just peek into their hearts, and you will know that they want to be cherished and respected for the woman in them. Also, Feminist men are not necessarily feminine or gay. It is inhuman and stupid to attach sexuality to Feminism.

Feminism Myths: All women are feminists.

Sadly, I would have to say no. Not all women support Feminism. Most women see gender equality and Feminism as two opposite sides of the coin. Nonetheless, it is a sheer lack of knowledge.

“A little knowledge is a dangerous thing.” This is also true that many people, rather many women, still do not know what Feminism stands for in today’s world and choose to be neutral. They mistake Feminism for Matriarchy.

Feminism has been quite a hot topic for quite a while now. So if you claim yourself to be a Feminist, be careful of being a hypocrite. Instead, if you are one, be true to this label. There are several other myths and notions about what women can or cannot do.

Let’s make things clear. Women can smoke or drink like men. Women can choose careers over their families like men. The world needs to stop imposing so many demands on women.

Let’s not dwell on picking up fights and feeding on discrimination and sexism. Let’s all pledge to make this world a better place to live in.

So, how many of you are Feminists? How many of these feminist myths did you believe? Do let us know below. 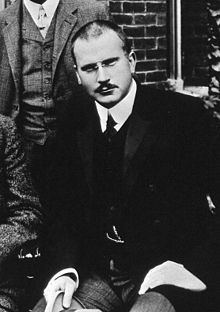 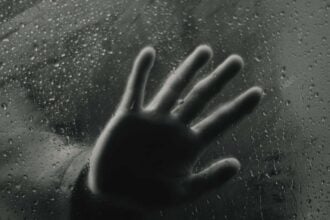