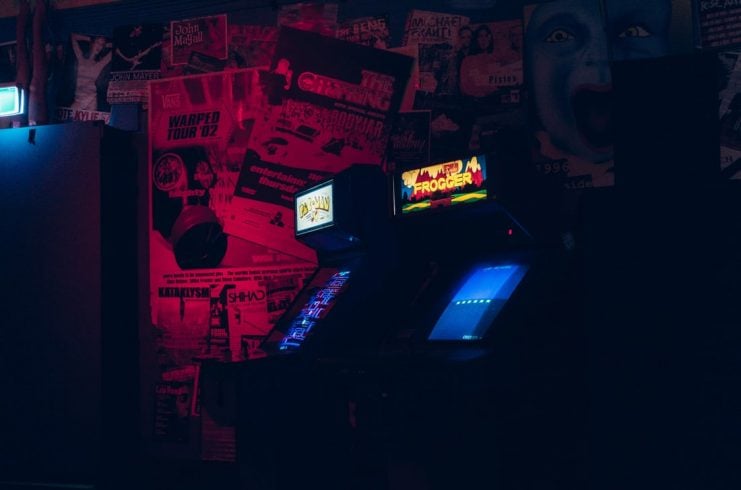 80s arcade games are often said to be the starting point for the popularity of arcade games and video games. Many new games were released during that time and still, new versions of those games are being launched in the present. These games brought a revolution and paved the way for modern video games.

So, let us get walk through the nostalgic lane and know about the best 80s arcade games that were ever created and what made these arcade games popular.

Arcade games are coin-operated entertainment devices which can be played by kids and adults alike. Arcade games can be of different types like pinball games, video games, electro-mechanical games, and redemption games. These games came to existence around the 1900s but were not popular until the 1970s.

At first pinball games were created and installed in different places during 1933. In 1947, the user-control flipper was added to the game. During the 1960s and 1970s, these arcade games were banned in many places as the games were seen as bad and morally questionable.

But as the late 1970s approached, the golden age of arcade games arrived. During this time arcade games became very popular and became part of the pop-culture. This was due to the release of the video game Space Invaders in 1978, and by 1979 the game gained popularity and demand.

The golden age of arcade games ended around 1983, during which many iconic 80s arcade games were released. During this era, many arcade game machines and amusement arcades popped open in North America, Asia and Europe.

The golden era which started at the end of 1970s and ended in 1983, saw an increase in the number of arcade machines and businesses investing in arcade games. This era also brought about a revolution in the technical and creative development of video games.

This was because arcade games brought in a lot of profits and many companies and shops started to invest in it. Many companies also started manufacturing and selling arcade machines as it became a million-dollar business.

The first games that came out were Space invaders in 1978 and Astroids and Galaxian in 1979. By 1980 many of the classic games were introduced. These games were more complex than earlier arcade video games due to their CPU.

These games brought a revolution to interactive gaming entertainment. The golden era also brought down the prices of hardware items to such an extent that soon everyone could afford computers.

During this era RBG coloured graphics came to play and many game developers experimented with vector displays and pseudo-3D animation.

The audio-video quality of the 80s arcade games was much superior in comparison to the earlier ones. Space Invaders was the first-ever arcade game to have continuous background score.

Most of the games that were released during the golden era were under the category of action. Most of them included fighting enemies, embarking on the journey with a promise of a winning prize at the end, and other characteristics.

In action arcade games, the player controls a character who is either a protagonist or an avatar of the game. The character has to go through different levels, collecting prizes, avoiding obstacles and fighting enemies. There is sometimes a main antagonist who needs to be defeated to win the game.

The character has a maximum of three lives which get depleted when they get hit by an obstacle or defeated by the enemy. Arcades often have infinite levels and you have to get the maximum score to get featured in the high scoreboards.

Action games give importance to hand-eye coordination and reaction time of the player. There are many sub-genres under this category. Some of the sub-genres are Beat em ups, Platform Games, Maze Games, Shooting Games, Racing Games, and others.

The classic games of the 80s are nostalgic and evergreen. Many came out during the short period of the golden era. So let’s talk about the best arcade video games of all time.

The game was developed and released by Namco in Japan during 1980. Bally Midway Games launched the games in North America in the same year according to their license agreement with Namco North America.

The player has to control Pac-Man around a maze. The Pac-Man eats dots around the maze while it is being chased by four coloured ghosts. If one of the ghosts catch Pac-Man he dies.

Some shining dots also appear in the maze, whoch once eaten by Pac- man can turn the ghosts blue in colour, making them harmless. During this time the Pac-man can eat the ghost for bonus points. The Pac-man has only three lives to spare.

It was developed by Namco and launched in North America during 1981. Galaga was said to be a sequel for a 1979 arcade game called Galaxian. It was one of Namco’s biggest hit 80s arcade games.

The player has to destroy enemy Galagam ships while avoiding incoming enemy ships and their attacks. The player has to be careful because they have only three lives. If you let your guard down the enemy might abduct you and take one of your ships. You can rescue the ship with the help of other ships, only if you have enough.

Donkey Kong was one of the most popular 80s arcade games. It was published by Nintendo in Japan in 1981. It was also an everlasting impact made by Nintendo in North America. The game was inspired by Beauty and the Beast, King Kong and Popeye.

The player was to control the main protagonist of the game, that is Jumpman through different platforms. The gameplay was based on a construction site. Jumpman was to rescue a damsel name Paulina while avoiding obstacles and collecting scores and other benefits.

It is female counterpart and sequel to the hit 1980 game Pac-Man. The game was developed by General Computer Co. And was published in 1982 by Bally Midway Games.

It has the same gameplay as its prequel. The player as to control Ms Pac Man through the maze while she eats dots and avoids the ghosts. With only three lives to spare, the players need to eat the shining dots to make the ghosts harmless.

The game was created by Rick Dyer and Don Bluth and was released in 1983. It is one of the 80s arcade games that had the best game animation. The animation was more of a Western-style. The game was remade into television series and comic series.

You have to control the main protagonist who is Dirk the Daring while he fights enemies, talk to people and try to rescue his damsel in distress, Princess Daphne. After the princess is rescued, Drik becomes the king of his kingdom.

Out of all the 80s arcade games, Street Fighter is younger in comparison to the others. It was released and developed in 1987 Capcom. It soon became one of the biggest franchises developed by Capcom.

The most famous and popular games of all time is Super Mario Bros. It was developed and published as one of the 80s arcade games in 1983. It soon became famous and is still one of the most played games. In recent times you can play Mario in various platforms like Nintendo switch online and others

The original gameplay of the popular series features Mario and his brother Luigi. Both are American-Italian plumbers who exterminate different creatures from the sewers by throwing them behind their backs. They get into the sewer by going down a pipe.

They have to jump up and down different platforms and collect mushrooms for benefits. On the later version, Mario was given a goal to save a princess named Peach (Just like in Donkey Kong).

Here we have come to the end of our list. While we have listed the best 10, many other 80s arcade games were released during that time.  If you want to play these games, you can search it up online and play it for free on different websites.

There are also gaming apps based on 80s arcade games which you can find online. You can find these games on different gaming platforms like Nintendo switches, Ps stations and others.