Remember this awesome song from Vicky Donor and the adorable chemistry between Yami Gautam and Ayushmann Khurrana?

Well, these two beautiful people, adorned with their flattery dimpled smile, have featured together in yet another beautiful song.

After single hits like “Dheere Dheere” and “Main Rahoon Ya Na Rahoon” this year, T-series has released another latest single love song, “Yahin Hoon Main,” after a long wait since the teaser of the song was out last month. 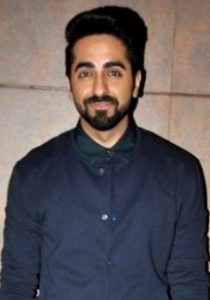 This beautiful song is sung by none other than Ayushmann Khurrana, whose voice quality sets him apart. The music composer is the ‘Pani Da Rang’ fame- Rochak Kohli, and the matchless lyrics have been penned down by Gautam Govind Sharma, Gurpreet Saini, Ayushmann Khurrana, and Rochak Kohli. The song is shot in the picturesque Chail, Himachal Pradesh.

The song has caused a stir in social media and is getting a tremendous response from Hindi music lovers worldwide. It is also leading the music charts, given that it was released only a day ago.

The song’s video opens up with Ayushmann as the lead singer of a band singing the song in a deserted river canal with a crashed van in the background. Meanwhile, Yami, lost in her thoughts, is approaching the scene of a van crash in a bus.

As the song proceeds, Yami goes into a flashback of her college days, the time when she first saw Ayushmann (a dorky guy in glasses) teaching salsa in the rehearsal room. At the very first glance, she is hit by cupid’s arrow. Even Ayushmann was not spared by it. When he looks at the innocent beauty of Yami for the very first time, he finds himself being utterly mesmerized. (Love at first sight!)

They develop a bond over the dance rehearsals, and after their rehearsals,  they have heartful conversations over a cup of ‘chai.’‘. (Helplessly, head over heels in love)

Ayushmann even sings over the guitar, down the window of his lady love’s room, sneaking through the front door to her room without getting caught to woo her. (If that’s not romantic, what is?)

However, this love story does not have a happy ending.

Yami loses her train of thought when she reaches the spot of the accident. Her phone beeps with a new text message.
Which reads:

She looks around, but there is no one there except the crashed van. And finally,

Even with a tragic end, the story flows beautifully with the song. Hats off to the director Amit Roy, who successfully relayed so many emotions in a five-minute song.

If you haven’t watched the video yet, here’s the link for you to be transported on a beautiful, tragic, and musical voyage.

Witness the magic yourself!