All About Wild Maine BlueBerries 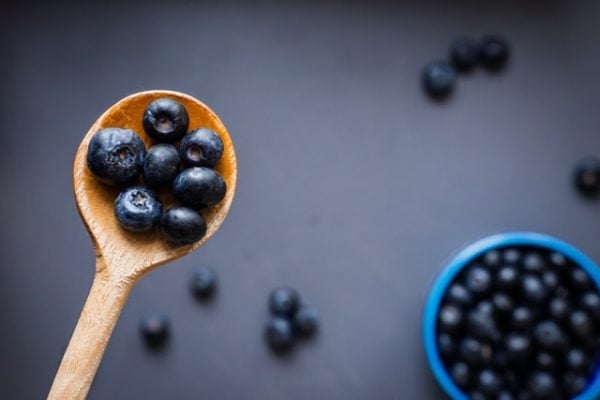 Did you ever wonder where you get the purple, juicy, and tastiest fruit? If you are interested in knowing anything about Wild Maine Blueberries, you are reading the correct article. This article discusses Wild Maine Blueberries from their natural habitat, how these plants are tamed by humans to satisfy their taste buds.

This article discusses the history of Wild Maine Blueberries, its production cycle, how it is, used in our daily life, in particular, its jam, and finally its health benefits. When you visit the Wild Maine blueberries’ fields, you will notice open farms of blueberries’, and they have unique flora and fauna.

All About Wild Maine BlueBerries

There are two types of Blueberries, lowbush and high bush. They are all native to North America. It was only during the 20th century high bush blueberries are grown in the northeastern part of the United States (New Jersey).

The receding of the last ice age and the action of the melting glaciers created sandy Soil in various parts of the world, as seen in the northeastern United States and Canada. It was here that the first blueberry plants started growing in the wild. These sandy soils became suitable for Wild Maine Blueberry plants to thrive. With an increase in temperature, the glaciers receded, the Soil became loose, sandy, and lost its nutrients.

Native people of this land have enjoyed these wild blueberries for centuries. It was during the late sixteen hundred English settlers arrived on the coast of Maine. Later during the civil war from 1861 to 1865, blueberries were packed and transported to the Union army. After that colonizers, started cutting down the forests for wood and timber. These served as raw materials for the construction of ships.

They generally grow up to one foot tall from the ground and spread across the fields. There is a vast area of land known as blueberry barrens in Maine, which covers approximately forty thousand acres of land. Initially, blueberries were hand raked by the farm laborers in wooden quart baskets, and they were packed and transported by rail to the American mainland.

With the help of technology, new methods of preservation are in practice. It was somewhere during this time in 1886 blueberries were canned for the first time. By the late 1950s, there were around 20 or more factories. As the demand rose for these wild blueberries across the American continent, there appeared packed blueberries with labels such as Maine, Colorado, New York, and Chicago.

However, these were all packed in Maine. It was during the 1950s Maine was the largest producer of blueberries on the American mainland. It was towards the end of the twentieth-century farmers started to grow different varieties, for example, Northern high bush berries, dryland blueberry, and many others, to meet the demands of the American market. 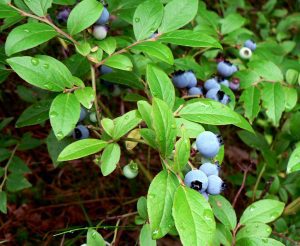 All About Wild Maine Blueberries’ Production:

The Wild Maine blueberry production cycle is for two years, that is one harvest every other year. Most fields are under ten acres of land, with around five-hundred growers in Maine. First-year of the crop is for vegetative growth. Farmers start cultivation in August. It has various steps of burning or mowing of the harvested fields. Following the harvest of blueberries, farmers burn the bushes, the new shoots of the blueberry plants rise from the Burnt ashes. Controlling weeds becomes very important.

Various studies of Maine university show that weeds have a direct impact on the blueberry crop. Sulfur is used by the farmers to control weeds, as it reduces soil ph-levels. Low-ph levels enable the growth of blueberry plants and prevent weeds from thriving. Mulching plays a vital role in land management. During the summer season, it reduces the surface temperatures and improves the moisture content, which in turn helps the blueberry plant to grow and spread on the field.

The second-year is also known as the fruit-bearing year. During the second year, snow covers blueberry plants. In the Spring season, their buds turn to leaves, flowers blossom. Farmers monitor the plants for insects and diseases. Farmers use sweep nets to check if there are any harmful pests or insects in the field. If they find any of these, they use insecticides to protect the plants.

There are many fungal infections like Mummy berry, which causes blight and substantially reduce crop production. Farmers must try to save the blueberry plants from these infectious diseases. Blueberry flowers bloom from the end of May till the beginning of June.

Pollen of blueberry flowers is heavy. Flowers of these blueberry plants are pollinated commonly with the help of honey bees, bumblebees, or by different types of native bees, Which is done by setting up beehives. Proper pollination among the flowers gives rise to larger fruits and even ripening.

Water is essential to increase the quality of fruit and crop production. To improve moisture content, some farmers invest in gun irrigation to have higher production and better fruit quality. Finally, towards the last week of July month, the harvest begins. Traditionally harvest is done by hand-held rakes. However, with the advancement of technology-heavy machinery is used for harvest.

The main objective of the farmers is to process fruit within 24 hours to save quality. Raked blueberry Fruits go through a picking belt where a picker removes sticks and other plant waste. Fruits are graded and sorted depending on their size. They are packed and sent to different parts of the world for you to eat and cherish their taste.

How are These Fruits Used in Various Products?

Wild Maine blueberries can be eaten raw, and they are used as toppings on cakes and muffins, as a stuffing in pies, and wines, are also made out of it. However, let’s discuss a famous recipe of Maine wild blueberries that is its jam.

If you visit Maine, blueberry farms, you can purchase fresh wild blueberries, or else you can walk to the nearest store and purchase wild blueberries. As blueberries have very low pectin, we need pectin to make jam. so put a pack of pectin in your shopping list.

Transfer the mixture to the sterilized glass bottle. Once cooled, cover the bottle with a cloth. When you are hungry, spread the blueberry jam on a slice of bread. Enjoy its taste. 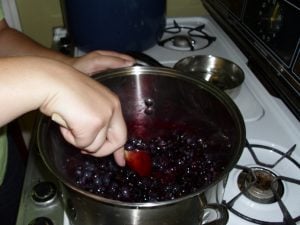 Wild Maine blueberries are grown in their natural environments. So, these blueberry plants have developed various mechanisms to survive and have more, Antioxidants than other berries such as Blackberries and Raspberries. Powder made out of frozen blueberries contains antioxidants that help in the decrease of blood pressure. It also helps to decrease cholesterol levels and protects against strokes.

It makes good bacteria to thrive in our digestive system and removes toxins out of the liver. Having blueberries every day in a meal increases insulin sensitivity in diabetic patients. Blueberries have flavonoids that are anti-inflammatory agents. Blueberries also have Anthocyanins that reduce cardiovascular and neurodegenerative disorders. Wild Maine blueberries improve the memory of mildly cognitive impaired patients. Adding honey to the blueberries enhances the taste.

Though Maine was the largest producer of wild blueberries in the 1950s and dominated the American markets, the Current wild blueberries market share faces challenges from the cultivated blueberries. Climate change remains the greatest threat to the blueberry plants’ survival and their natural habitat.