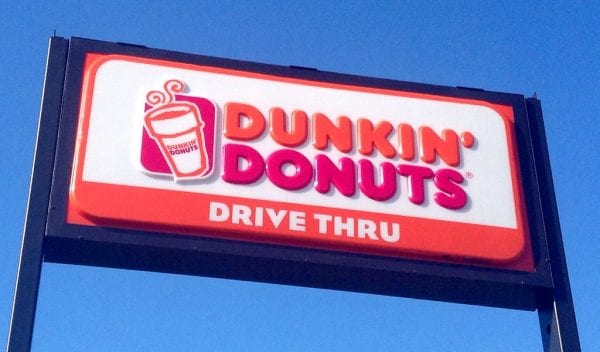 Dunkin’ Donuts is where we head when we crave a warm donut and a cup of good coffee. It birthed this heavenly combination around 80 years ago, and it is still their most popular sale. Its name stands quite literally for what is famous for. Starting in America, Dunkin’ Donuts is now a beloved worldwide chain of restaurants with over 12,000 branches. It is known for its extensive breakfast menu- with sandwiches, bagels, pastries, donuts, and all varieties of coffee.

While there are many restaurants now in the donut business, Dunkin’ Donuts was the first to do it. It brought to people an easy, delicious, and delightful snack they could have on the go. And from there, they expanded into what they are today. Here is the story of Dunkin’ Donuts and how they achieved success.

To get better understanding about dunkin donuts background, it is essential to know dunkin donuts history. In 1916, William Rosenberg was born in Massachusetts to immigrant parents. Amid the Great Depression, William dropped out of school in the 8th grade to start working. He was employed at an ice-cream company, initially as an ice-cream truck driver. On his own accord, William rose the ranks and ultimately became a supervisor at the topmost position.

During World War II, he left his job to work for a steel company. While working, William noticed that the workers would flock to food trucks to get food, which mostly consisted of hamburgers and sandwiches. Realizing that it is a lucrative business, William opened his very own food truck company called “Industry Luncheon Services Company.” He bought some vehicles and converted them into food trucks using what little savings he had and a loan. They delivered snacks and coffee to factory workers, and their business venture grew.

Soon, the company had over 200 vehicles. William noted that donuts and coffees were their best sellers. He closed down the company and opened a restaurant called “Open Kettle” in 1948, which focused more on coffee (based on their name) but also sold sandwiches and other snacks. Within two years, the restaurant became successful and turned into “Dunkin’ Donuts.” They sold 52 varieties of donuts, a concept new and bizarre to people back then, resulting in increased sales and success.

Rosenberg opened more Dunkin’ Donuts in Massachusetts, but the expenses were running high. That’s when he decided to expand. In 1955, the first franchised restaurant of Dunkin’ Donuts was opened in Dedham. They became known for their freshly brewed coffee and hotly served donuts. Similarly many other dunkin donuts franchise opened. Owing to their wide variety of donuts, they had a different special every week. After years of analyzing their profits and performance, experts have attributed franchising as the reason for their early success.

In 1963, just eight years after their first franchise opened, they were celebrating their 100th store. Their first international store opened in Japan in 1970, and by 1979, their 1000th store opened in the US. In 2013, their 500th store opened in New York City. Today, it has over 11,000 stores and is operational across 36 countries. They bring out more than 2 billion donuts every year. With the aim of serving to large number of people around the world, William Rosenberg started international franchise association.

In 1963, when Dunkin’ Donuts was thriving, William Rosenberg’s son, Robert, became the CEO. Back then, they were under the Universal Food Systems. That led to their menu kind of being all over the place. At some places, they sold burgers and sandwiches, while at other, only a breakfast menu with donuts and coffee. This is not typical behavior for a food chain, and indeed not good for their reputation. Robert pulled Dunkin’ Donuts out of this arrangement, and they became independent, after which they standardized their menu across all chains. They also went on to create new menu items unique to their brand. In 1972, they brought Munchkins®, or donut holes, into the market.

It was not only a cost-cutting and waste management technique (they thought the dough from the holes cut out of donuts was going to waste), but also a step in the right direction in terms of sales, which boosted. These iconic little treats are now amongst their best sellers. Robert also added bagels, croissants, and fresh beverages to the menu.

Mergers were a significant contribution to Dunkin Donut’s success. In 1990, Allied Lyons PLC, a brewing company that emerged from Britain, bought Dunkin’ Donuts from the Rosenberg family. They were also the parent company of Baskin Robbins, thus bringing the two chains together. Now, these two chains are found next to each other in many locations. They have also collaborated on new menu items such as the Donut Ice Cream Sandwich. This parent company also acquired Mister Donut, their rival brand.

Dunkin’ Donuts and Baskin Robbins now come under a franchiser company named Dunkin’ Brands, which has over 21,000 stores in over 60 countries.

Fred The Baker- Time To Make the Donuts!

In 1983, Dunkin’ Donuts decided to run an ad campaign that shed light on their “freshly baked” brand. They wanted an actor to play the role of a baker who looked trustworthy and friendly so that people attach that image to the food chain. After holding hundreds of auditions, Dunkin’ Donuts settled on Michael Vale.

The commercials ran on television from 1981 to 1997, and the world grew to love Fred the Baker. He got up in the morning, said his tagline- “time to make the donuts,” headed straight to the kitchen, prepared a fresh batch of donuts, and served it cheerily to the customers at Dunkin’ Donuts. This made people trust the brand to always give them fresh donuts, unlike the ones bought from the “supermarket.”

In this way, Fred the Baker became a legacy and an image for the brand, so much so that when he retired, there was a celebration and a parade around Boston dedicated to him. In 2005, Vale died, but his association with Dunkin’ Donut’s brand image has outlived him.

You can watch this iconic advertisement here:

William Rosenberg and his brother-in-law Harry Winokur were business partners in the 1950s, with Winokur even having a stake in Dunkin’ Donuts. After a dispute over franchising, they broke ties, and Winokur went on to start a rival restaurant against Dunkin’ Donuts, called Mister Donut, in 1956.  Mister Donut grew to become the second biggest donut restaurant in the world, behind Dunkin’ Donuts. Both these food chains, along with their owners, became arch-nemesis and competitors.

In 1990, when Allied Lyons PLC acquired Dunkin’ Donuts, they also bought Mister Donut. Now the two rivals were under the same parent company, but Dunkin’ Donuts was much more successful. As a result, most of Mister Donut food chains were converted into Dunkin’ Donuts, making their sales increase by two-fold. There are only a few Mister Donuts in the world today, in Japan, the Philippines, China, Thailand, amongst others.

Dunkin’ Donuts is amongst the top leading food chains today. They are known for their fresh food items, interesting marketing strategies, and fun and new donut ideas. Interestingly enough, they gave birth to the spelling ‘donuts’ which was earlier spelled as ‘doughnuts.’ This even sparked a spelling debate. They sell 1.9 billion cups of coffee in a year and sell 6.4 million donuts every day. They are now the biggest donuts and bagels franchise in the world.

They have been known to set a friendly tone with their advertisements and campaigns, with many choosing their coffee over Starbucks because of their cost-friendly appeal. They also introduced a new concept called on-the-go ordering, which allows customers to make an order 24 hours in advance.

They have had many famous people, such as Al Pacino, as their spokesmen. Dunkin’ Donuts has been known to support many charities and fundraisers. They also contribute to medical researches and hospitals, along with donating to cancer institutes.

Their taglines have been known to target a specific group. In contrast, their pink and orange logo appeals to children, their tagline “time to make the donuts” focused on improving their image with the working-class people, on presenting a relatable picture of dedication towards work. The next tagline, “America Runs on Dunkin,” emphasized that many Americans like to start their day with their donut and coffee. Their “You kin’ do it” campaign stressed on encouragement and motivation, portraying them as loyal friends to their customers.

Dunkin’ Donuts has had its share of controversies over the years. In 2013, they were accused of using blackface on a woman in an advertisement that ran in Thailand, to promote their chocolate donuts. To make matters worse, the Thailand DD CEO did not apologize for writing it off as “paranoid American thinking,” however their headquarters later did. In 2017, the food chain faced multiple lawsuits, accusing them of not using real blueberries, using margarine instead of butter, and for using beef instead of steak.

In 2018, in a chain in Baltimore, a sign displayed on their counter circulated over social media, asking the customers to report employees speaking in any language other than English. Many people called them out for this, calling it a racist move.

This ended with Dunkin’ Donuts acknowledging its inappropriateness and ultimately removing the sign. There have also been several claims accusing Dunkin’ Donuts of throwing away large amounts of unsold donuts at the end of each day, instead of donating them at a food bank.

As of January 2019, Dunkin’ Donuts officially dropped Donuts from their name after testing it out in some stores in 2018. This move was justified with the fact that 60% of their revenue is generated from beverages, especially coffees.

Dunkin’ also realized that with the world becoming more health-conscious, their donuts sale might decrease further. But rest assured, a name change doesn’t mean Dunkin’ is dropping donuts from their menu. They will still remain the food chain we love to eat in every morning before work!