On Bhadrapada Amavasya that occurs usually in the months of September or October every year you can find Telangana men gathering flowers for their wives. It is common to find the vakili (courtyards) of every house cleaned, sprayed with cow dung mixed in water and decorated with muggu (Rangoli) made of rice flour. When it is dark, you can catch the beautiful sight of Telangana women draped in traditional Pattu Sarees coming out with a pile of flowers, brilliantly stacked over a plate with a deepam (lamp) on top. If you are confused about the happenings, let me tell you, it is just the beginning of 9-day festival named “Bathukamma”.

Bathukamma, entitled as the State festival of new born Telangana, is celebrated for nine days during Dussera. It starts on Amavasya and culminates on Durgashtami, which is nothing but the 9th day of the festival. The last day that is observed as “Saddula Bathukamma” or “Pedda Bathukamma” marks an end to the 9-day festivities.

So, what is this Festival all about?

Bathukamma is a celebration of seasonal flowers that are rich in medicinal values. This festival awakens the hope to live and let live in mankind. A Bathukamma is a cone shaped pile of beautifully stacked seasonal flowers, in concentric layers (traditional seven layers) resembling the shape of a temple ‘Gopura’ with a lump of turmeric called Gowramma in a pumpkin flower at its top. People also place a deepam (light) at the pinnacle of Bathukamma.

How is it celebrated?

The first five days, Batukamma made of cow dung (five small lumps of cow dung) is arranged in front of the house. Girls play in circles, around it clapping and singing songs. In the afternoon, women stack the flowers that are brought by their husbands on a wide plate called Tambalamu. Customarily the flowers used are Celosia, Tanner’s Cassia, Marigold, Chrysanthemum, Indian Lotus, Cucurbita, Cucumis, Ipomoea, Luffa, Tridax and Ajwain. To make flowers look brighter and attractive usage of natural colors and scents is also prominent.

And in the evening, women with their Bathukammas gather in their locality, place them in the center and dance in a circle with synchronizing steps and claps accompanied by unison congregational singing of soul stirring Bathukamma folk songs.

After dancing and singing for a while, usually hours together, these Bathukammas are taken to nearby pond or lake. There again the ritual of singing and dancing is performed and then the Bathukammas are let into the pond to float. Then, women distribute Naivedyam offered to Bathukamma as Prasadam among themselves.

King Dharmangada of Chola Dynasty, who lost his 100 sons in war, along with his queen Satyavati prayed Goddess Lakshmi to take birth in their palace, as their child. Goddess Lakshmi heard their heartfelt devotions and chose to gratify them. She took birth in their palace, But baby Lakshmi had to survive many accidents. Frightened King invited sages to bless her with immortality. All sages who came to the royal palace blessed her “Bathukamma” or “Live long mother.” Telangana folks say that the king named his daughter Bathukamma.

Since then Bathukamma festival is celebrated by young girls in Telangana region in the belief that they would get partners as per their desire and to get a good name in her in-laws. Further, married women participate in the festival for good health and prosperity of their family.

Another story says that Goddess Durga, who slayed ‘Mahishasura’ in a fierce battle fell asleep on ‘Aswayuja Padyami’, due to restlessness. The devotees prayed her to wake up saying Bathukamma which also means “come back to life mother”, and she woke up on the Dasami, which is celebrated as Dussera.

Mr. Kalvakuntla Chandrashekar Rao, Chief Minister of Telangana proclaimed the festival as Telangana State festival, since it is the festival that helped in achieving Telangana by showing the world the traditional grandeur of Tealngana. Government of Telangana is celebrating this festival with joy and gaiety from 2014. Arrangements for dance concerts, music, dramas and a variety of entertainments are made by the government as thousands of tourists and locals too, gather to witness the happenings.

Since Bathukamma festival is on 12th October this year, Telangana Government sanctioned Rs. 10 crore to celebrate the festival across the state. The government is also looking to promote tourism with a right degree of pomp of this cultural bash. 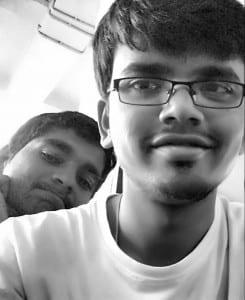 Sahul, a newbie with creative thoughts, novel ideas & fecund imagination. His hobbies include drawing, editing photographs and writing poetry. Apart from this, he loves reading and finds pleasure in friendship. His attitude towards life is “Preach what you Practise.”