Born as an Animal: Hear Me Speak!

There is a distinct difference between human beings and animals which not just the difference in life forms but also in the magnitude of chivalry which is popularly referred to as code of conduct.

Being an animal, I’m not particularly eager to disclose my identity as a dog, cat, horse, tiger, or goat. Yes, I am one of them, but we animals like to think of ourselves as a group and not as individuals. Unlike you human beings, we don’t have caste, creed, or religion. Yes, there is a clear distinction between the male and female and the fauna we represent, but that is only because it makes it easier for us to identify one another. 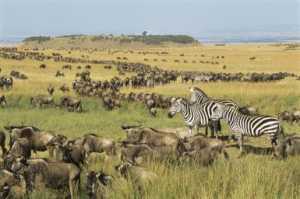 We have complete autonomy of our personal life in the jungle, and yes, we keep the differences in our minds. However, to kill one another is the structure we follow for survival and to satisfy our hunger. God has beautifully crafted us as herbivores, carnivores, and omnivores, and we respect that structure and follow it accordingly.

I have lived my life in a jungle and have also been taken to the zoo. Luckily enough, I made my way out of your cages. The experiences and interactions with humans are something that my fellow animals and I can never comprehend. 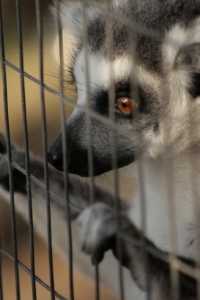 Here are some common contradictory behaviors that I want you to be aware of. Then, my fellow mates will share my thoughts and experiences, knowing well that I may not get a justified answer in return.

1.You Encroach On Our Territory

We all belong to the earth, and our life forms are grouped into animals, humans, and plants. We respect other life forms and do not attack any humans until necessary; in fact, we prefer to maintain a good distance from them. But you have entered our jungles and continually exploited them until most of our animals become endangered or extinct. Can you believe that the number of tigers has reduced to 3200. 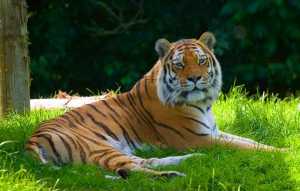 2. You Kill Us Illegally.

It isn’t easy to understand the value systems and teachings you people follow. Having said that, we don’t have books, clothes, schools to teach us to value the dignity of the human community. Yet, we maintain our distance and keep ourselves from entering your territory. You have enacted laws that have banned animal slaughter, poaching, hunting, killing, but there is an estimate of 28,000 illegal slaughterhouses still active in India. 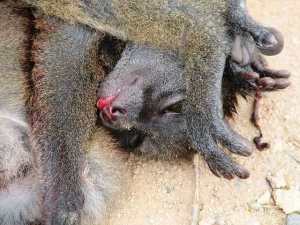 3.You Blame It On Religion

It has been estimated that more than 2,50,000 animals had been slaughtered to death recently in Nepal in the name of a goddess. We believe in God too, and if you take a closer look at Puranas and Bhagavad Gita, you’ll see that these scriptures prohibit animal sacrifice. With due respect to your culture, let us remind you that your religion forbids animal sacrifices, and you must stop it. Religion gives you no right to kill so many animals; your lifestyle does. 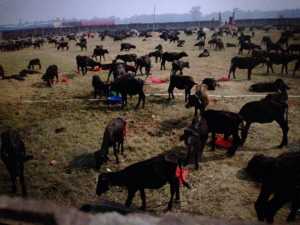 4.You Claim it is For The Sake Of Beauty

You own around 6-8 dogs in your house, and you seem to love your dogs. But in the very same house, you keep a collection of elephant tusks. Unfortunately, most elephant tusks exist due to illegal poaching. Fair enough, you seem to be an animal lover, but your craze for elephant tusks is the living proof of all the elephants that were killed for you. Are you really being fair?

In 2003, around 23 metric tonnes of illegal ivory were found, which represents around 2400 elephants. 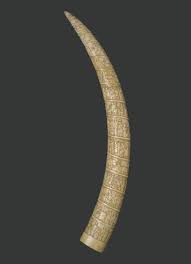 5.You Are Ignorant To Other Life Forms Around You

During Diwali or New years, so many street dogs lose their eyesight because of the crackers that you humans burn out in huge numbers. Cats are also hurt and birds have no place to go. So you end up being the cause of pain, disorientation, and blindness. What if we burnt a cracker when you were around, and the sparks enter your eyes?
We could never do that, yes because we can’t, but also because we would not!

Does this earth belong to you and you alone? Just because you communicate in a language, you understand, walk, and talk doesn’t mean we don’t have a language. How cruel is your mind that you use technology and other mechanisms to kill us, only to enjoy our death in vivid ways?

We animals abide by the unspoken norms of conduct that mother earth has given us, and no matter how extinct our whole animal population is becoming, we still do not pounce upon you to seek revenge. We do not fall to the level of humans.

IF HUMANS BECOME A LITTLE MORE LIKE ANIMALS, THEY WILL BE DOING A GREAT JUSTICE TO HUMANITY. 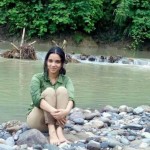