The history of scones is, like all other historical tales, complicated. It comprises contradictions and debates, overlapping each other.

Scones are those baked objects of love that you serve during a posh British afternoon tea session with your friends. You know, that party where you nibble on baked goods, sip tea with the pinky out? It is usually eaten with jam or, if you’re Captain Holt, you could have a plain scone, no judging.

Contents
What Do You Mean by Scones Anyway?A Brief History of Scones – How Scones Came to be.History of Scones: What’s in a Name?But What is the Right Way of Eating Scones?Conclusion

What Do You Mean by Scones Anyway?

Those who have been living under a rock-  what are scones you ask? Well, to put it simply, scones can be defined as a type of white bread.

British tea, especially cream tea, is incomplete without a serving of scones. You cannot mistake this for other baked goods, such as the infamous tea cake since it distinctly lacks the use of yeast. A scrumptious scone uses baking powder or even cream of tartar as a raising agent.

Depending on where you are in Britain, scones can be eaten with cream or jam. In fact, it is a matter of debate in England regarding what goes better with a scone: jam or cream? (Both recommended as both are delicious. Note of caution: this is a diplomatic answer and may be unacceptable to some purists.) 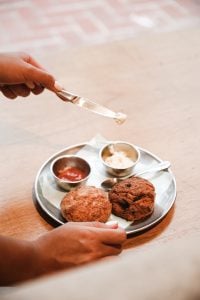 Some people might think that scones are mere sweet treats. However, that is not the case. The history of scones gives a glimpse into the versatility of the dish: savory goodness made of potatoes and soda. The former is the potato scone and the latter is known as both soda scone and soda farl. This is an especially popular recipe in Scottish scones.

A Brief History of Scones – How Scones Came to be.

The United Kingdom is generally thought to be the birthplace of the scone. The history of scones, therefore, begins here. 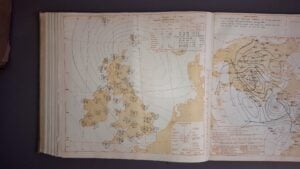 The history of scones suggests that this quick bread originated in Scotland. The original scone can be traced back to 1513, because of a poet’s mention and was baked on a griddle and made of oats which have of course, given way to flour, baking powder, and an oven in the modern-day.

The history of scones shows that the modern-day version is quite different from the original ones. Scones in the earlier days were more disc-like in shape as opposed to a lump. It was also much larger in size as compared to the scones of today. Given the lack of media in those days, culinary historians rely on literature to understand the history of scones.

That, however, does not mean that the origin of the scone is limited to one particular country. One can also trace the history of scones to a Welsh tradition. This involved the cooking of tiny cakes made of yeast or leavened bread on bakestones.

The gift of scones may belong to an unknown face lost to time. However, the recent history of scones suggests that scones were in fact popularized by the Duchess of Bedford – Anne. Anne (1788-1861) reportedly ordered her servants to fetch her some scones along with some tea and other delicious, baked accompaniments. The delectable array of scones, shortbreads, and tea so rejoiced the Duchess of Bedford that she thereafter ordered it every afternoon.

This kickstarted the tradition of the English afternoon teatime, at precisely four in the afternoon. And with this, scones gained the popularity that they continue to enjoy as of today.

Today scones look nothing like those one finds while reading about the history of scones. Thanks to the baking powder that is used, modern-day scones resemble the titular ‘stone.’

History of Scones: What’s in a Name?

History would not be history without underlying contradictions and the history of scones is no different. The origin of the name ‘scone’ can be sourced down to several stories. A scone, when you think about it, resembles a stone. Perhaps this is why some call it the ‘Stone of Destiny.’ The history of scones also suggests that the word’s origin can be traced to ‘schoobrot.’ ‘Schoobrot’ is a Dutch word that can be roughly translated to ‘beautiful bread.’

Scones are pronounced as ‘skon’ or ‘skoan’ – depending on where you come from, of course. Southern Ireland and the Midlands in England prefer to pronounce the word as ‘skon’ whereas scone is widely used in other parts such as Wales, the South of England, and Scotland. The Scots often use the word bannock instead to describe scones. This is because bannock is large and plate-like in structure, akin to those that one reads about in the history of scones.

But What is the Right Way of Eating Scones?

It is indeed (too British?) a fashionable ritual to eat scones. But purists, so it is told, will contemptuously shake their head at the disrespectful treatment of scones. One cannot just slather scones with unusual condiments. There is a rather controversial debate surrounding the perfect accompaniment to that shapeless mass or large, stone-like structures also known as scones.

In England, scones are usually sweetbreads served with clotted cream or jam during an afternoon tea. You can find several savory varieties of baked goods in Scotland, including a potato scone or a cheese scone.

The history of scones may be colorful, but one can safely assume that it is an indispensable tradition in Great Britain even today. One could hardly imagine sipping on afternoon tea at 4 pm every day without nibbling on this beautiful bread.

A stone-like lump they may be, but everyone unanimously agrees that they are delightful. It may have caught the eye of the Duchess of Bedford, as the history of scones would say. However, the very fact that scones are still very popular shows how food is an important aspect of any culture. The tradition of having scones during afternoon tea continues in all of England today. 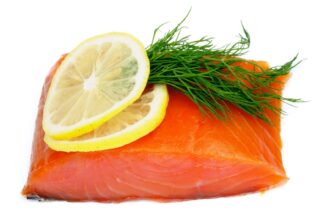 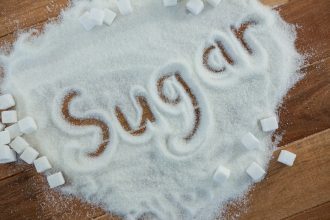 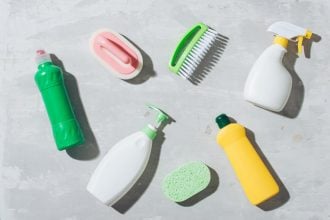