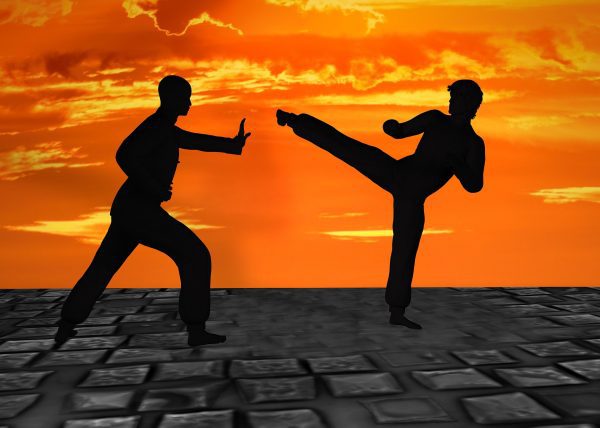 Chinese Martial Arts have been a significant part of popular culture for a long time. Are you the kind of person who is obsessed with action-comedies starring Jackie Chan and Bruce Lee? Do scenes from Drunken Master and Enter the Dragon get your blood pumping?

Chinese martial arts go so back in time that we cannot tell the exact year of origin. Legend says that they originated during the rule of the Xia dynasty 4000 years ago. Martial arts skills were required for self-defense and military training.

During that time, Emperor Huangdi, known as the Yellow Emperor, was fighting with his opponent Chi You. That’s when the martial art called jiao di originated. Later, jiao di became famous as a sport during the rule of the Qin Dynasty.

In the ancient piece of literature called Spring and Autumn Annals, we find mention of Chinese martial arts. Some references are also found in the Book of Rites or Liji, a document containing administrative records.

The Boxer Rebellion is something that gave the Chinese martial arts their present identity. That’s the period when teaching and learning of martial arts were in full swing. Martial artists could openly teach their craft, publish training manuals, conduct examinations, and so on. As a result, this ancient knowledge became widely accessible to the public.

In the 19th Century, the Qin Dynasty was ruling China, and they were relatively weak. They let the Japanese and the Europeans meddle with the economic affairs of China. So, the people formed a secret organization and launched an attack on the Empress. These rebels were trained in martial arts and exercises.

Most fighting styles we see today come from this rebellious tradition. They include Drunken Boxing, Five Animals, Fujian White Crane, Wing Chun, and many more.

After the Chinese Civil War, the country was transformed into the Republic of China in 1949. The Communist Party of China started the Chinese Cultural Revolution. They wanted to abolish traditional Chinese society and rebuild it according to the principles of Maoist thought.

For a long time, martial skills were differentiated by lineage, i.e., people who invented those skills. The rule of the Ming Dynasty gave birth to the concept of martial arts in China. People started classifying martial arts based on schools, geographical location, learning methods, and so on. The styles practiced in the Northern and Southern Chinese regions separated by the Yangtze river are quite different.

The Northern style has more powerful kicking and leaping techniques and whirling circular patterns. Their movements are swift and fluid. There are high jumps and aggressive attacks. The students have to practice certain fixed routines until the actions start coming naturally.

It involves wide stances like the horse, bow, drops, and dragon. Expert martial artists can switch between these stances in quick, fluid moves. Their training is focused on legwork and kicking. They can perform next to impossible feats of balance and motor coordination.

The most popular style of the Northern origin is called chengguan. Other techniques include xingyiquan, bajiquan, Eagle Claw, Northern Praying Mantis, and taijiquan.

The Southern-style of martial arts focuses less on agility and more on stability and strength. In contrast to the rapid kicks and leaps of the Northern kind, the Southern-style involves more stable stances and powerful arm and hand techniques. There are several subdivisions and offshoots of the Southern style. The most popular of these is Nanquan or Southern Fist.

In 1669, a philosopher named Huang Zongxi classified Chinese martial arts into internal and external styles. He wrote that internal martial arts are the ones that are indigenous to China. They identify with the Daoist philosophical tradition.

But these two techniques don’t have watertight compartments. Students learning in the external style, too, are introduced to breathing and meditation in the advanced stages of their training. Similarly, internal styles also include exercise for strengthening the limbs. The only difference is that one starts from within, and the other starts from without.

Countless action comedies ranging from Hollywood films to children’s cartoons portray the Shaolin Temple as the prime center of Chinese martial arts training. Well, they are not entirely wrong. Oral history in China has many good things to say about Shaolin Chinese kung fu like  “All martial arts under heaven originated from Shaolin,” and “Shaolin kung fu is the best under the heaven.”

The founder of the Shaolin Temple was an ancient monk named Batao. It was built in the Henan Province in the Song Mountains. Legend has it that the Shaolin monks were physically weak because they sat in meditation all day. The famous monk Bodhidharma introduced the monks to Chinese martial arts training.

The Shaolin tradition combines martial arts with the Chan philosophy, also known as Zen. Chan is a branch of the Mahayana school of Buddhism. Chan and Quan (Buddhist philosophy and martial arts) are important legacies of the Shaolin Temple.

Even today, the Shaolin Monastery in Luoyang is a significant tourist attraction in China. People from all over the world flock to see the famous kung fu show. The show is performed by Shaolin monks five times a day in the Kung Fu Show Theatre.

The basics include things like stances, simple movements, stretching, meditation, and so on.  Actions like jumping, striking, and throwing are also a part of the basics. Basics are meant to make your muscles strong and flexible.

Stances are postures that make up the foundation of your fighting style. Perspectives differ in terms of things like how we position our feet, how we shift our body weight, how we align our limbs, and so on. You must have frequently come across the horse stance and the bow stance in movies.

Meditation is essential for concentration and clarity. It is especially crucial for qigong training. The Chinese term qi means a life force or inner energy. Quigong is a set of techniques to help you regulate your breathing and enter a meditative state of mind.

A student who is proficient in basics and stances can be introduced to weapons. The Eighteen Arms of Wushu is a list of eight primary weapons used in Chinese martial arts. It includes bow, crossbow, spear, single and double-edged swords, shield, ax, and other weapons. The strategy is to wield the weapon as if it is a part of your body.

Martial morality is an interesting concept in the field of Chinese martial arts. The monks who practice this art believe that it is not just self-defense training. Instead, they see it as a system of ethics. In this system, it is crucial to cultivate the virtue of deed and integrity of the mind.

Chinese martial arts are indeed spectacular and impressive. But beyond that, they carry a legacy of excellence, loyalty, and humility.

That was our article on the history of Chinese martial arts. If you liked this piece, click here to check out more articles like this one.