Cliffs of Moher Ireland: 7 Things You Must Know For a Thrilling Trip 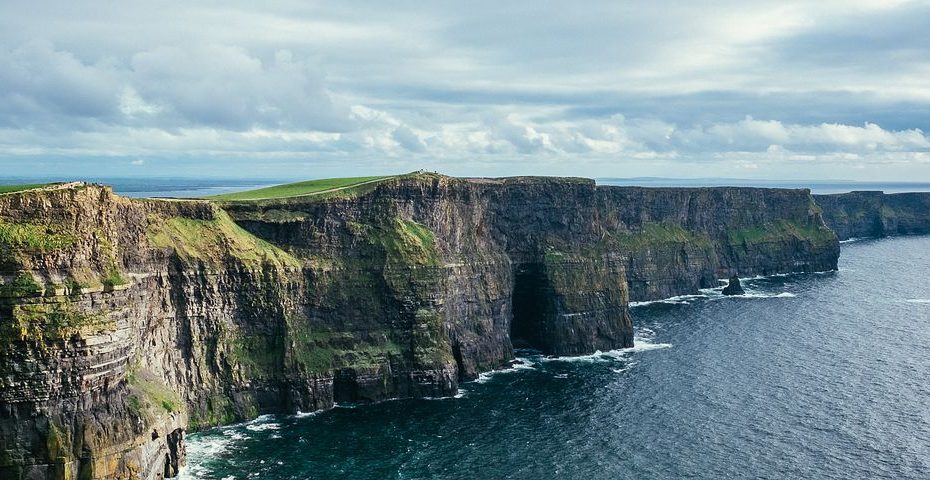 Cliffs of Moher Ireland is a breathtakingly beautiful UNESCO World Heritage Site and a tourist’s magnet. Cliffs of Moher are sea cliffs, they’re located on the west coast of Ireland near Liscannor village in County Clare; it offers panoramic views of the Atlantic. The Moher Cliff stretches over 8km(wear your running shoes), and it is 214m high; it’s Ireland’s most famous site.

You must be thinking about how to visit Cliffs of Moher Ireland? It’s simple to catch a flight to Ireland, or travel by car if you live in Dublin it only takes 3 hours ( keep some snacks handy). It takes 90 minutes from South Galway to the cliffs, it is the most famous stop on a scenic driving route called Wild Atlantic Way. Once reached, allow up-to at-least 2 hours for your visit, stay overnight in hotels, family-run properties, or local villages, and enjoy the local culture and cuisine of Burren, Ireland.

Café and Hotels Near the Cliffs:-

The Cliffs of Moher Ireland are easily accessible from Doolin and Liscannor. Doolin is calmingly beautiful. If you plan to stay in Doolin or even pass by the area, then do visit Doolin Café for mouthwatering breakfast and pastries.

All River Hostel, Doolin is on a budget hotel located right next to the city center, its a 300-year-old cottage and you can’t go wrong with it. You want to go for mid-range hotels that in Doolin don’t worry Killilagh Accommodation is best one for you and your family, cozy and gorgeous hotels can make a trip more desirable. If you want to invest a good amount of money in hotels, ‘Ballinalacken Castle Country House Hotel’ is a classic. This 19th-century castle has been transformed into a comfy and luxurious hotel for visitors from across the globe.

Wondering, What to Pack for the Trip?

The Cliffs of Moher- visitor center is open all year round except Christmas Eve, Christmas, and St. Stephen’s day located underground as it is a sensitive site, and it’s vital for organic forms and existing landscape to overpower any building. Any development around the Cliffs of Moher Ireland should not compete with the natural attraction of the ‘Cliffs’ themselves.

What to Know Before Visiting Cliffs of Moher Ireland

Nevertheless, as he was a superhero, he escaped from Mal by hopping across sea stacks towards the Cliffs of Moher Ireland, but Mal, who wasn’t as clever as Cu Chulainn, ended up losing her footstep and was dashed to pieces against the cliffs. Legends say that the sea turned red from her blood down to the cliff. Malbay is considered to have been named after her.

Every place in the world has historical backgrounds, and so does Cliffs of Moher Ireland; it is an eponym of ruined promontory fort ‘Mothar,’ which in Gaelic means ‘the ruins of a fort.’ Destroyed in the early 1800s, during the Napoleonic wars, to clear the way for a signal tower at Hag’s Head.

Attracting tourists is not new for Cliffs of Moher Ireland; it has been pulling tourists for centuries. Cornelius O’Brien (1782-1857), a successor of the first High King of Ireland, Brien Boru, was the locality landlord. He built the tower in 1835, which is now known as O’Brien’s Tower, as a view-to-look-at for tourists that came into the area, settle at the peak of the cliffs. Sir O’Brien thought that investing in the area for tourists would create an economy to help the poor ones in his neighborhood. The famous tower has been restored thrice so far in 1970, 2008, and 2019. The area along the cliff became widely known because of the Liscannor flagstone. According to natives, “he built everything here except the cliffs.”

Movies and The Cliffs:-

Due to its immense beauty and un-realistic topography, Cliffs of Moher Ireland has been the shooting spot of many multiple-generic movies, including Harry Potter and the Half-Blood Prince(2009)

Both Harry and Dumbledore are in danger; the plot demanded to shoot in a dramatic location, and nothing looks dramatic like Cliffs of Moher Ireland. The two iconic characters took off to their remote destination before balancing on a protruding rock from the Atlantic. After this shot, you can see the awesome cliff as the backdrop to this suspenseful storyline.

Another movie is an 80s cult classic, a blend of fantasy, comedy, and adventure ‘The Princess Bride (1987)’ a debonair, swashbuckling story of pirates vindictive heroes and true love deserves an enthralling backdrop. It is an eye-catching movie that displays the Cliffs of Moher Ireland.

Portraying as the Cliffs of Insanity, the landmark appears in a great low-angle shot moving upward from sea level as the rescuers dressed in black cover the gigantic height to save Princess Buttercup from her abductor. It is a nail-biting scene that is shot in a much more impactful way with the sheer drop of the huge cliffs and the ocean’s extensive shots below.

Generally speaking, late August and early September are weather-appropriate, neither too hot nor too cold. You can enjoy it to your fullest in this convenient season. Moreover, Ireland is a country of mild temperature; however, it’s rainy at times.

Always make sure to visit Cliffs of Moher Ireland after 3 pm because the rush in the first hour makes it unflattering and chaotic to enjoy the natural sphere of the place so note down that after 3 pm is mostly crowd-less, and the visitor remains open till 9-10 pm in August and 7 pm in weekdays and 7:30 pm weekends in September.

You visit, you watch, you capture now you want to head back to your home but wait an astounding thing is left, and that is Cliffs of Moher Ireland cruise. If you want to enjoy every angle of the cliffs, then consider it on your ‘when in Cliff of Moher Ireland to-do list,’ board a boat, and you are good to go. Capture those rocks and edges from below, far from the people. Cruises are both inexpensive and packed with eye-popping views.

I want to acknowledge one thing that the Cliffs of Moher Ireland is dangerous as well because of its soaring heights along with high-intensity wind, so be careful folks, although you can go as near as possible to the edges of the cliffs, it’s all up to your choice, but it’s better safe than sorry.

Do visit this enthralling, staggering, and budget-friendly ‘Cliffs of Moher Ireland’ to channel your inner traveler and explorer. Get inspiration from your trip to cliffs, clear your head, and start fresh.