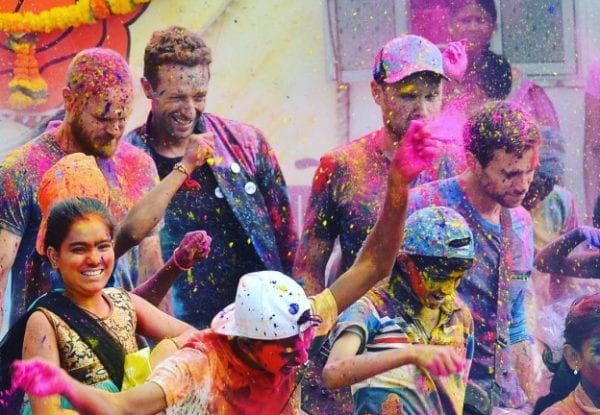 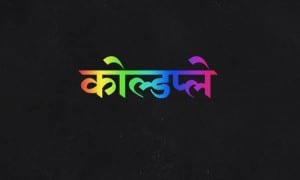 Coldplay (insert screams and emotional sentiment) is a band that music lovers worldwide have loved. The British band, lead by Chris Martin, is a popular international band proud of thriving in the music industry and delivering music that will be cherished for years.

Coldplay’s latest album, ‘A Head Full of Dreams’ promised to be a colorful and energetic venture that will top everyone’s playlists soon. But as expectations are prone to disappointments, the band is already gathering flak for justified reasons.

Coldplay’s latest music video, ‘Hymn for the weekend,’ has been shot in India. The video is gnomic in essence and mocks India with the same old joke about India being a nation deprived of development and bound to old racist notions that are unreal and baseless. The video deliberately portrays India’s future as desolate and graceless, and a dark clouded country strategically bombed with colors and Martin crooning by the sidewalks about how this completely corrupt setting is making him tune one happy song.

The music video is not appealing to Indians; instead, we lose our cool when we see the video because of the untrue visuals. Kids do not run around in rags around the streets with smiles drawn across their faces. If anyone believes that these kids actually peregrinate around the city bare feet, a closer reminder would be that when life gets harder, even kids get sharper.

Secondly, India does not play Holi all day every day. Yes, it is a festival dear to us, but we work and run our daily errands all around the year. Amusing as it is, had it been a real Holi scene, Martin’s leather jacket would have been soaked in a pool of fragrant mango turpentine.

The pomp and show using cultural appropriation with the stereotyped version of India that is old, poor, and strange is a part of the repetitive calisthenics. India has come so far, and this video displays none of it. There lies a very thin but notable line that decides whether the description is appreciation or appropriation. Time and again, the line is crossed.

It is conspicuous to note that Indian Cinema halls cannot look so relegated given the amount of money earned from our film industry alone, annually. Fire breathers and puppeteers, along with leaking rooftops showed in the video, are ostentatious, and nothing like that is too common to be filmed.

Such adumbration is shamed and derisive. To make music for affluent whites who travel around the world to shower poor black & brown kids in their tears and nauseating color bombs is to prong any sense of art.

It is derogatory to disregard a place that has willingly welcomed you and bestowed admiration upon your work. A flagrant piece of junk that sells as art by profiting artists from a culture that has been subjected to mockery and misrepresentation is improper to an unpardonable level. Such exacerbating stereotypical imagery brings nothing but chagrin.