When you look back in time and space of Greek history, you come across the Corinth canal. For some, It is an ancient project that remained a dream, While a few others have tried constructing the project and were not successful.

It was only during modern times in the year 1893, despite having funding issues, that the project officially started its operations. What do you think about this project? Is it a project worthy of finances and effort? Or is it a project that failed to fulfill its purpose? We will discuss its tale that consists of History, Layout, Stay, and Food.

About two thousand years ago, Corinth was one of the great and prosperous cities in Greece. This ancient city was between Greece’s mainland and Peloponnese. With the development of technology and ideas, modern man has progressed in engineering, technology, and many others.

We, humans, have constructed big projects to make our lives easier. Some of these projects are Canals that reflect human intellect. You must have heard about a few of these projects like the Panama Canal and Suez Canal. Like these projects, the Corinth canal is one of the engineering marvels.

Corinth canal is a structure that connects the Aegean sea and the Ionian sea. It is a legendary project that has around a 6-kilometer waterway, cut through the narrow part of the isthmus of Corinth at sea level without any locks in between. This structure separates Peloponnese from the Greek mainland and makes it an island by definition.

According to the current knowledge, the first ruler to propose the Corinth Canal was Periander in the seventh-century BCE. Because of the high expense and lack of labor. He abandoned the construction of the project. Later, He constructed a portage road, known as Diolkos. Remains of Diolkos still exist today beside the modern canal.

In 336-283 BC, Demetrius Poliorcetes wanted to improve communications by building the project. However, he did not start the project, as his surveyors miscalculated sea level and feared floods.

Many Roman emperors planned to construct it, such as Caligula, Julias Cesar, and Nero. The great philosopher Appolonians prophesied that anyone who tries building the Corinth canal would fall ill. All the three Roman emperors who thought of constructing this project had unnatural deaths. Is it a coincidence or a prophecy coming true?

According to the records of the Roman chroniclers. Plutarch and Suetonius. The assassination of Cesar occurred before the construction of the project began. It was the third roman emperor Caligula who commissioned a study from the Egyptian experts. Their studies incorrectly claimed that the Corinth gulf was higher than the Saronic Gulf.

Their studies also concluded that if they construct this project, the island of Aegina will submerge due to floods. However, his assassination occurred before the construction began. Later it was Nero who died after laying the foundation stone. After his death, the project stopped.

During modern times, constructing the project came into existence after Greece gained independence from the Ottoman empire in 1930. Ioannis Kapodistrais approached a french engineer to assess the budget for the construction of the canal. The project required more funds than expected, so the state abandoned it, as it’s too much for a newly formed then Greece state to spend on such big projects.

Prime minister Thrasyvoulous zaimis passed a law for the construction of the Corinth canal. It was the French who were in charge of the project. During the same time, a French company that took responsibility for digging the Panama canal went bankrupt. French banks refused to lend any money to the company. So, the construction of the project stopped.

In 1881 a society named Société Internationale du Canal Maritime de Corinthe took responsibility for constructing the project and taking over the operations for the next ninety-nine years. On 23 April 1882, the official inauguration took place.

The project started with an initial budget of 30,000,000 francs. After eight years, the company ran out of money and became bankrupt. Finally, in 1890 when a Greek company took over the construction of the project. They finished constructing the project on 25 July 1893.

Though the project officially started on 25 July 1983, its navigation services operated from November of 1983. The project experienced operational and financial difficulties, walls of the Canal channel winds and waves in an unpredicted manner. As a result, many ship operators were not willing to use the canal. Annual traffic was much below the expectations. Adding to this, world war 1 contributed to the decline in traffic.

There was a constant threat of landslides as the walls of the canal are unstable. The project was closed for about four years to maintain and stabilize limestone walls. The worst damage the project experienced was during World War 2, during the battle of Greece.

Towards the end of the war, when German forces were leaving Greece, they damaged the canal by using explosives, which triggered landslides and blocked The Canal. They also destroyed bridges and dumped locomotives into it, which led to a lot of repairs. Post-war American army engineers repaired the canal. Finally, after the war in the year 1948, by September, all operations resumed.

The rock formation across the canal is not uniform. Geological features account for landslides in the canal’s waterway. A serious incident occurred in 1923 when 41000 cubic meters of earth fell into the canal after this canal remained closed for about two years.

The canal has a single channel that measures up to 8 meters in depth, 6,343 meters long, and 21.3 meters wide. The walls carved out of the limestone stand at 90 meters tall above sea level. They built bridges for railways and roadways across the canal. The canal cannot serve all ships as it is too narrow for the modern cruise ships to pass through it. Currently, Tourist cruise ships use this structure. The canal has two sinking bridges, one at Poseidonia and the other at Isthmia. This bridge is for road transport.

Ancient Corinth is considered one of the important cities of Greece. It is also an archaeological site. After having a cruise in the Corinth canal, Consider visiting other famous historical sites like Apollo Temple, constructed in 550 BC, etc. If you are interested in adventure sports, you can opt for a Bungy Jump. There is a forest nearby named Loutraki. You can pay a visit to the forest; for nature trails and have a green holiday.

If you plan to visit Corinth, the nearest airport is Athens, which is about 87 kilometers road ride. In terms of transportation, modern Corinth has good transportation facilities and established good roadways and railways with the rest of Greece’s cities.

If you are planning to visit the Corinth canal, accommodation is a must for international tourists. Here are the few hotels where you can refresh and rest once you arrive in Corinth. These are few hotels near the canal, House of art, Saronikos family house with garden and sea view, Hotel king saron, Villa fantasy apartment, pseudo poseidonia, and Terra Relaxa. Each hotel has a unique feature.

House of art is a hotel that is, located in Isthmia. It is 2.5 kilometers away from the Corinth canal. It has air-conditioned accommodation with free wifi services. It also has a balcony where you can have a nice view of the blue ocean. Saronikos family house has a garden and sea view; their services include free private parking space for your vehicle. The Corinth canal is about 1.5 kilometers from this hotel.

Terra Relaxa is a luxury hotel that is near the edge of the Loutraki forest. This hotel is about 4.2 kilometers from the canal.

Food plays a vital role in making the holiday a special and memorable one. You have to try these traditional Greek recipes like Amygdalota, known as Almond cookies eaten, mostly with coffee. Baklava is a dessert. The main ingredients used are butter, sugar, and crispy layers of phyllo. Bougatsa is a sweet pie containing phyllo and semolina custard. Dolmadakia is known as stuffed grape leaves. The stuffing is generally rice but could be meat as well.

The Corinth canal is a beautiful structure that reflects man’s intellect. Every year many tourists visit this canal to witness this marvel. Hospitality, local food, historical sites, adventure sports, forest trails, blue seas, and sandy beaches will enhance your experience of the Corinth canal. These memories make your visit a memorable one.

To know more about The Corinth canal, click here. 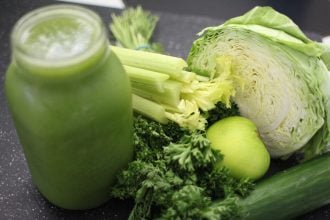 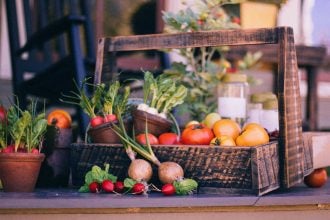 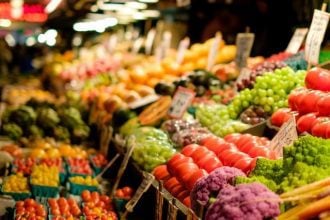