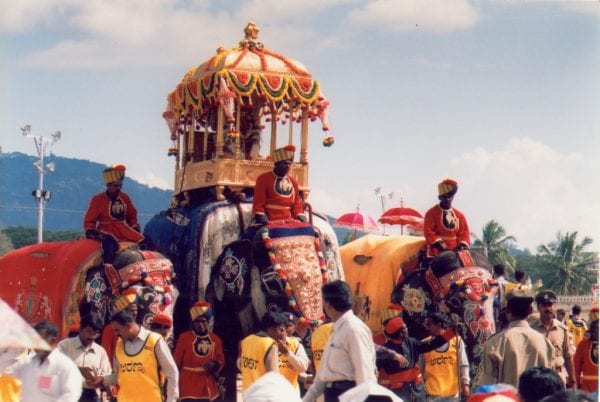 Mysore is officially now renamed “Mysuru.” It is the third-largest city in population in the state of Karnataka, India. The kingdom of Mysore was ruled by the Wodeyar dynasty when Hyder Ali and Tipu Sultan were in power. Dasara is also called Nava-Rathri, where nine days of Pooja are offered to goddess Chamundeshwari and celebrations of Dasara are done with great honor and pride, and the tenth day being Vijayadashami will be elegant and promising.

Mysore Dasara includes celebrations as follows, and also Pooja will be done for all 10-days at the Mysore Palace.

The whole city is decorated with lighting. Streets are embellished with bright lights, circles are enriched with fountains, and the entire city, including Mysore Palace and all government offices, will be colorful at night, and, of course, it is a pleasure to watch.

Dasara exhibition is not only meant for shopping, but it also contains an attractive play area and a delicious mouthwatering food court. It is held on the exhibition grounds right in front of Mysore Palace. The exhibition starts during Dasara and will go on till December.

This is entrusted by Karnataka Exhibition Authority (KEA). Various stalls sell items like clothes, plastic items, kitchenware, and cosmetics as they attract a significant number of people. It is also present to provide entertainment to the people.

The flower show of Dasara is an arrangement of a thousand varieties of flowers in one single area. It is a piece of innovation that includes different statues made with only flowers and vegetables. Elephants are made with bell peppers, the elephant is built with colorful roses, and there was also Vidhana Soudha done with flowers. The horticulture department holds it.

Yuva Dasara is a way of celebrating Dasara by youths of Mysore. The Huge stage is built on Yuvaraja’s ground. Celebrities inaugurate it, and programs are well-organized. Sandalwood, Bollywood actors, and singers will step on stage to entertain more than thousands of Mysurians and other audiences.

The spectacular and astonishing day will be the tenth day after Nava-Ratri, celebrated as Vijayadashami. Thus, the city is named “Mysore.” it denotes the victory of truth over evil, and it was the day when Hindu goddess Chamundeshwari killed the demon Mahishasura. A procession is done to celebrate this wonderful day where an idol of Chamundeshwari is placed inside a golden mandap called ‘golden ambari‘ that weighs about 750 kilograms of gold. That mantap is placed on the elephant.

A procession is done, which is called “Jambo savari.” Arjuna is an elephant that carries a mantap. The royal couple and other invitees worship this idol of the Chamundeshwari Goddess before it is taken around in the procession. Colorful tableaux, music bands, dance groups, decorated elephants, horses, and camels form a part of the procession which starts from the Mysore Palace and culminates at a place called Bannimantap, where the banni tree is worshiped.

It is the last event of Dasara, which is yet memorable and delightful to watch. It is held at Balbhavan grounds at Bannimantap, Mysore. The program includes a march fast, a cultural event, a spectacular laser show, an acrobatic show of motorbikes, and finally, the most awaiting, grand torchlight parade; the event is then concluded with glorious fireworks and lighting lateens. This event will finally conclude the 10 incredible days of Mysore Dasara.

TAGGED: Dasshera Special, Mysore
Yashasvini October 20, 2015
Share this Article
Facebook TwitterEmail Print
What do you think?
Love0
Sad0
Happy0
Sleepy0
Angry0
Dead0
Wink0
Posted by Yashasvini
Yashasvini is an engineering, student. She is a pet lover and interested to do new things. She is a beginner who loves penning about all sorts of topics because she likes to learn about everything that she is capable of.
Leave a comment Leave a comment 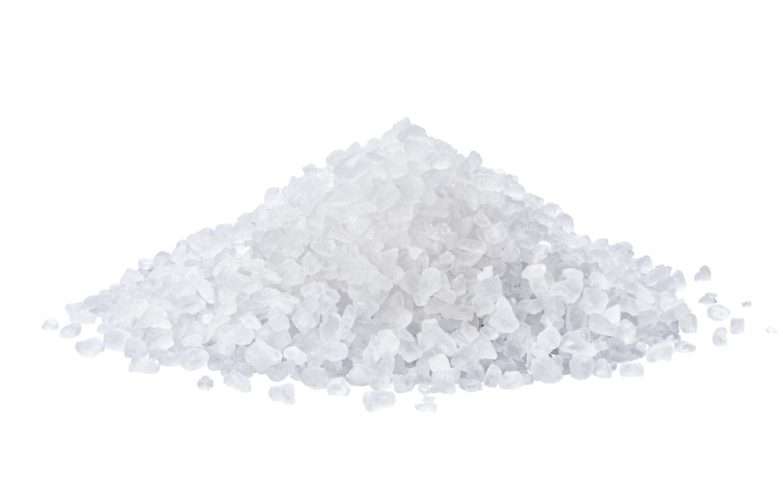 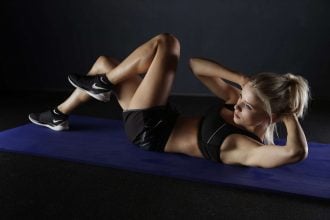 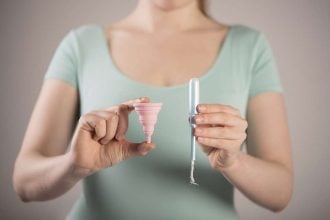