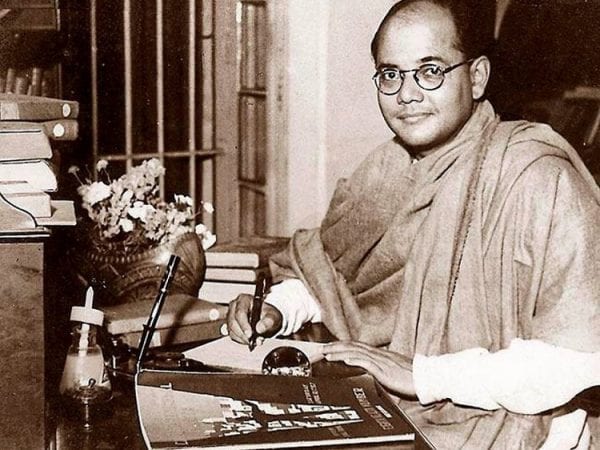 Netaji Subhas Chandra Bose, one of the greatest freedom fighter of India. He was known as Netaji because he dedicated his life for Poorna Swaraj (complete independence) of his nation. He broke all the rules and regulations constructed by his family and even the leading political leaders of that time, for the freedom of India.

Perhaps, that is the reason why he became a mystery, a mystery that can never be solved; his death will stay as a mere assumption, forever. Let’s see what are the assumptions and detailed discussion detected regarding his death till date.

Let us dive into detail about the Subhas Chandra Bose Death!

According to a Japanese report, Netaji Subhas Chandra Bose died due to a plane crash in Taiwan on August 18, 1945.

The translated 10 page report says that Netaji was wounded in that plane crash and he died at a Taipei hospital in the same evening of that accident. The report also said that “about 3.00 pm he entered the Nanmon Branch of Taipei Army Hospital” and “about 7.00 pm he died.” The findings even recorded that on August 22, he was cremated. The reports further went to the detailed discussion, “The airplane, subsequently unbalanced, crashed into ballast piles, beside the strip of the airport” and “was wrapped in flames in a moment.”, the report even discussed the situation of Netaji before his death, saying that till 7 p.m., Netajo was in clear consciousness till the time when his heart suddenly ceased to move.

The reports further revealed names of the people who were by his side during his death, Military-Surgeon Tsuruta, Colonel Rahmin and interpreter Nakamura. It also revealed four sketches: the airport where the plane crashed, plane and the passengers including Netaji himself, the hospital, more specifically the room and the bed where he took his last breathe.

In spite of all this proves by the Japanese report, Ashis Ray, the creator of Bosefiles.info, said that the the ministry of external affairs in Delhi had misplaced the copy given to it in 1956.

From these leaked files we got to know that, in between the year 1945 and 1947, ten investigations in total, took place, done by the Allied Command of Japan, the British Army, the British Government, the Government of  Japan and Formosa, the Indian Government and even journalists and followers of Netaji Bose. All of the researches and investigations came into one conclusion that, Netaji Subhas Chandra Bose died due to an airplane crash in Taiwan, on August 18, 1945.

In the year 1999, after 54 years of that incident, the Government of Atal Bihari Vajpayee allotted a third commission, which was led by retired Justice Manoj Mukherjee, to get the authentic incident that had happened, and which was missed by the others investigators and the files.

In the year 2005, the Commission of Justice Mukherjee stated that there is no evidence of any airplane collapse at Taihoku Airport on August 18, 1945.

Justice Mukherjee also stated that Netaji Subhas Chandra Bose “did not die in the plane crash” and “the ashes in the Japanese temple are not of Netaji”.

Although, to the question of when and where Netaji Subhas Chandra Bose died, JMCI (Justice Mukherjee Commission of Inquiry) could not afford to give those answers. Public recollection is petite, and the Commission had gained quite bit fame over the few years. But a local newspaper stated in their report, Justice Mukherjee was discreet to note, “If there was a plane crash… the news about the same would have been published in the then local daily.” (Stated in para 4.12.12 of JMCI report). He at that time directed it to the Central Daily News, which certainly did not publish a report regarding the plane crash at Taihoku in August, 1945.

In the year 1956, Harin Shah had declared in front of the committee of Shahnawaz that two local newspapers named, Taiwan Didi Shimpao and Taiwan Nichi Nichi Shimbun had in fact, published the incident of airplane crash and Bose’s death. Harin Shah’s demonstration was accessible to the committee of Justice Mukherjee. But, he had never mentioned their names and investigated the newspaper. Nonetheless, Habibur Rahman had never mentioned about the altitude of the airplane. So how did the JMCI state such an altitude of 12,000 to 14,000 feet height?

Again on the year 2003, the JMCI had noted that the Mayor of Taipei City, in reply to a question of an Indian journalist, stated that there is no such record in archive, of any kind of plane crash in Taipei City on that particular day.

A chief priest of Renkoji temple had stated that, after viewing all the records from August 14th to October 25th of 1945, there was no such evidence of any plane crash in Taipei. The JMCI found out details about Ichiro Okura, who had been cremated on August 22, just the day after Subhas Chandra Bose’s death. The JMCI concluded that Ichiro’s passing away and burial had been, “passed off as those of Netaji”.

After all these uncertain investigations and evidences, the Government prepared an Action Taken Report (ATR) and submitted it to the Parliament on August 7, 2006.

At the end of several arguments in the Parliament, on August 7, 2006, home minister Shivraj Patil declared that the JMCI had not fulfil the primary concerns of the investigation, and hence they rejected all the findings.

In today’s date many still hold the viewpoint of Government rejecting the findings of JMCI without delivering a proper explanation. In 2006, 43 members of the Bose family issued a statement asking the Government “to provide a full explanation of the JMCI report.”

The rumours first started when a Hindi daily, named ‘Naye Log’ published after the death of Gumnami Baba, claiming that Gumnami baba was none other than Netaji in disguise. Gumnami died on October 28, 1985.

It was his followers who claimed after his death that their, ‘Bhagwanji’ (Gumnami Baba) was Netaji himself. According to the Carl Baggett, Netaji lived in India several years after Independence (1947), under the identity of Gumnami Baba, after studying letters written by both.

Carl Baggett has completed over 5,000 cases and he has worked for over 40 years. The two letters were handed to him without revealing the identity of the writers. After analysing, he concluded that both the letters were written by the same man. However, according to official records Netaji died in a plane crash in August 1945.

In his testimony, Baggett said, “Based upon through analysis of these items and application of accepted forensic examination tools, principles and techniques, it is my professional expert opinion that the same person authored both the writing on the known and on the questioned documents.”

The book named ‘Conundrum: Subhas Bose’s Life After Death’ written by Anuj Dhar and Chandrachur Ghose, reveals a set of 130 letters, by Gumnami Baba to Pabitra Mohan Roy (served in the INA or Indian National Army), in between the period of 1962 to 1985 and it also says that he often met Gumnami Baba over the years. The book also includes 10,000 pages of documents revealing other INA members who met Gumnami Baba. All the documents were detected by Anuj Dhar and Chandrachur Ghose from the Justice Mukherjee Commission through RTI. Now, the question arises, why did he choose to stay as Gumnami Baba? Well, after consulting few psychologists, who have examined the letters, Ghose said,

“The reason for his remaining underground could be because of apparent post-traumatic stress disorder, which manifested in occasional false memories and delusions in him. These disturbing signs could not be detected by those around and close to Baba because they treated him like a god-like figure.”

“If we could access and examine so many documents with our limited resources, a court-ordered inquiry could do more. These are just 20% of the documents.”