“In nothing do men more clearly approach the Gods than in giving health to men.”

Indeed, how often have we come across such lines glorifying doctors and their divine capabilities. Doctors are almost worshiped as God as his skill can mean life and death for his patients and he is indeed an indispensable part of our society.  Whenever we think of a doctor, we relate the conventional attitudes like love for humanity, compassion, care, along with great impeccable skills. However, the current picture of the fake doctor racket mirrors a very different aspect of medical conditions in the state. Viewers had their eyes glued to the TV sets and newspapers as one after the other, reports came of the arrest of fake doctors practicing in different parts of West Bengal. The very idea of doctors, faking their degrees and practicing in reputed hospitals and clinics was frightening for the viewers. The CID had arrested three fake doctors from North Bengal and one of them, to our utter dismay and disbelief, was found to be practicing in the highly reckoned Ruby General Hospitals for more than a year and a half. According to reports, Kaiser Alam, a resident of North Dinajpur, worked in the hospital from March 2010 and September 2011. The three arrested Khushinath Halder, Snehashish Chakraborty along with Kaiser Alam had been brought to Kolkata from North Bengal where they had been practicing. According to CID reports, Kaiser Alam has not even passed his higher secondary examinations. There were several questions regarding who appointed him and whether his degree, registration number, and other credentials had been verified. The CID had interrogated four officials who were involved in the hospital’s recruitment board when Alam had been hired. It was shocking for the panic-stricken readers that how a person who hasn’t even passed his higher secondary examinations, got recruited as a doctor in such reputed hospitals without any verifications. Alam was arrested on 3rd May from a primary health center in North Dinajpur.  All the three “doctors” had been practicing under the National Health Mission Scheme for more than 6 years and had been practicing for more than 10 years.

Another major reality check for the viewers was the arrest of Naren Pandey, another fake doctor apparently an allergy specialist, practicing for decades. Pandey was arrested from a diagnostic center in Entally. He informed the CID that he works with the OPD of Belle Vue Clinic. However, upon confrontation, he claimed to be a Unani practitioner. According to his social networking site profiles, he has apparently studied at Xinjiang Medical University, practicing in Belle Vue and Mediland Allergy and Asthma Centre, Moulali, as an allergy specialist.

Over the past few days, numerous fake doctors with their fake certificates have been held. The most recent have been Aradeep Chatterjee, supposedly an MD in integrative oncology, and a member of The American Society Of Clinical Oncology. He reportedly had been practicing as an oncologist without any medical degree and valid registration certificates. He later claimed to have obtained his bachelor’s degree in homeopathy from Pratap Chandra Memorial Homeopathic Hospital and College in Narkeldanga. He runs the clinic in Lake Town with his father, who had started the clinic years ago and is a senior homeopath himself. When he was unable to produce any valid documents of his degree, Chatterjee was arrested. His father, however, claimed that his son did not practice as a cancer specialist; rather he worked as a cancer researcher.

The CID has investigated the fake doctor cases and has claimed that an illegal medical council had been in operation for over 3 decades, which has had duped medical students by offering false degrees and other credentials. Around 500 fake mark sheets have been held from universities which did not have any affiliation whatsoever. The Alternative Medical Council, Calcutta was among the 23 fake boards which had relentlessly produced fake doctors against whom actions have been taken by the CID. The continuous arrests of these “doctors” have let in shock waves and jitters among the common people, with their faith in medical practices shaken to the core. It’s unsure as to how many more such self- proclaimed specialists would get caught into this racket and we can only hope for a better brighter tomorrow, where, not some but all doctors would be true to this noble profession, thereby following the principle of Hippocrates who has stated correctly that

“Wherever the art of Medicine is loved, there is also a love of Humanity.” 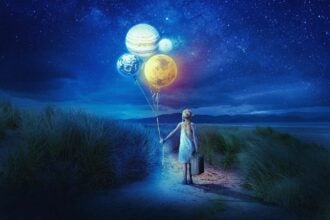