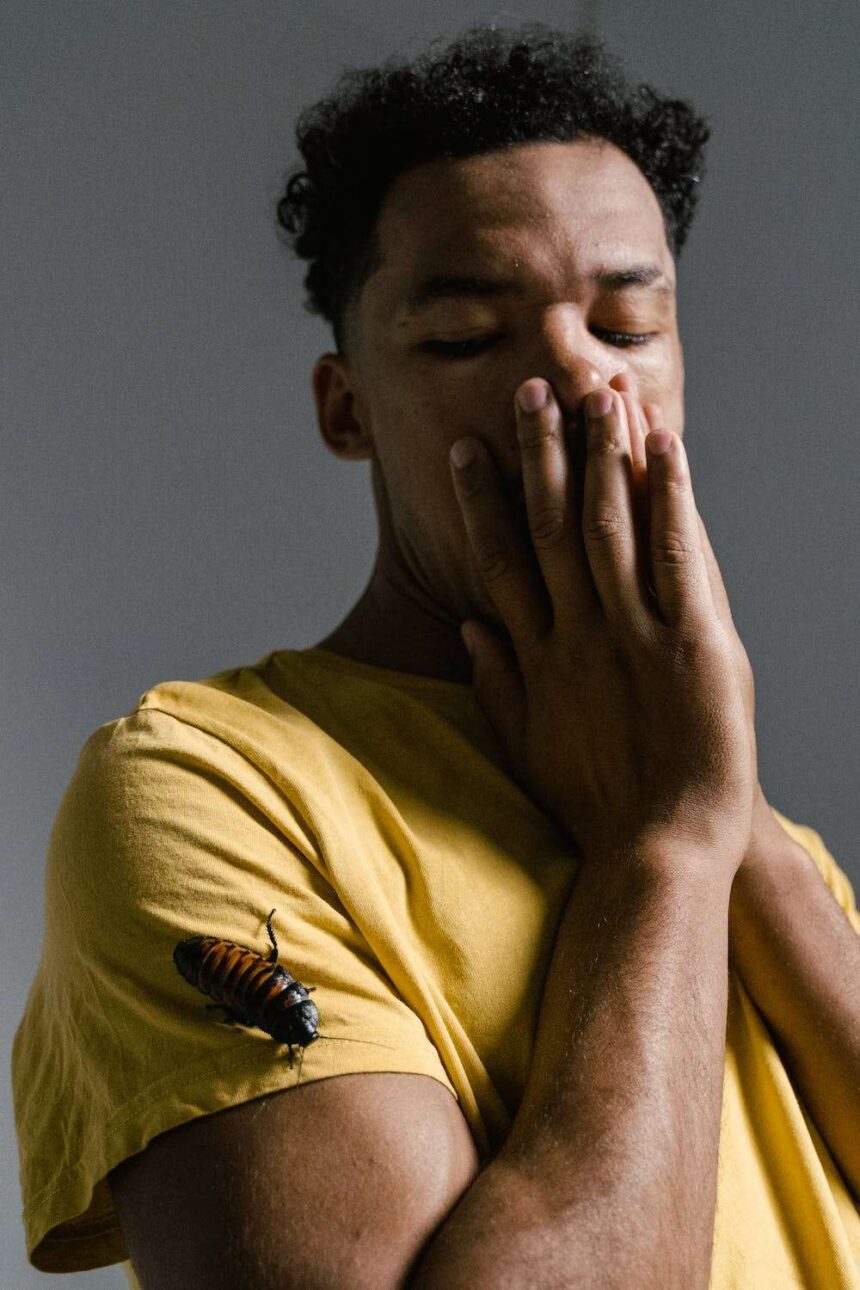 For the majority of us, occasionally waking up with an itchy rash is totally typical. Usual assumptions include that it came from a house spider, a mosquito that may have entered via the windows during the hot days, or, in the most unlikely circumstance, bed bugs. However, if you’ve ever seen a cockroach enter your house, you’ve undoubtedly worriedly pondered: “Do roaches bite?”

The thought of a cockroach biting you while you’re asleep already evokes the stuff of nightmares, as if seeing one isn’t awful enough. Fortunately, even though roaches are theoretically capable of biting people, it happens quite infrequently.

So, let’s dive into this ‘do roaches bite‘ and get to know amazing things about this.

Generally speaking, cockroaches won’t bite you. And when we say “the majority of the time,” we mean 99.99.. percent of the time. Cockroach bites are so uncommon that they hardly ever occur.

The good thing is that cockroaches aren’t likely to bite you or your companions, despite how bothersome they can be. According to Dini Miller, Ph.D., an urban entomology professor at Virginia Tech and an expert in urban pest management for the state of Virginia, “Roaches don’t have any motive to.” They simply cannot puncture human flesh with their mouthparts.

Roaches don’t bite as a biological defensive mechanism or as a means of assault like other bugs do.

Cockroaches, at the most, may appear to bite a human when they are really attempting to pick at food scraps or dead cells. Cockroaches want to stay as far away from humans as possible, so even that is quite uncommon. Unless they have no other option, they won’t go looking for you.

It’s quite unlikely that any bug bites you discover on your skin were caused by cockroaches.

Do roaches bite? here you get the answer. It is unlikely that cockroaches bite living humans, with the possible exception of severe infestations with a high cockroach population, particularly when feeding becomes scarce.

Food drives roaches, thus they are always searching for it, especially during times of shortage. In low-income homes, where infants sometimes sleep with food residue on their lips, cockroaches biting humans have been documented in the past several years, according to Miller.

However, Miller notes that even in such situations, the word “recorded” is crucial because these incidents have not been seen.

Cockroaches may get so numerous if a cockroach infestation is severe and unmanaged that they are compelled to alter their eating strategies and turn to bite people.

Cockroaches are cautious creatures that will only attack humans while they are sleeping. Cockroaches’ bite force may lead to allergic reactions or minor wound infections

1.2. Cockroach Bites Are Not Similar To Insect Bites

Even though we’d want to provide photos of roach bites here, the reality is that there aren’t any recorded pictures of what cockroach bites look like from a reliable source due to how unusual they are.

In most cases, cockroaches won’t attack people if there are alternative food sources around, including food left out or in garbage cans.

Cockroach bites would likely show up as bright red or reddish brown, swollen lumps on the epidermis, somewhat larger than a bed bubiteste or other insect bites based on the anatomy of the cockroach mouth.

To reduce swelling, use an ice pack.

Cockroaches possess two tiny mandibles that function similarly to an animal’s mouth turned horizontally. These mandibles would just bite on the topmost layer of the skin surface and cause skin irritation as they are unable to puncture it. The skin wouldn’t be broken by roach bites, but it may feel unpleasant and become irritable or swollen instead, giving an allergic reaction.

The diameter of cockroach puncture wounds would probably range from 1-4 millimeters. Furthermore, roach bites do not follow any patterns, in contrast to bed bugs or pest bites, which do.

You can notice respiratory problems or severe allergic reactions, or even skin reactions if you develop health problems after p a cockroach bite. In severe situations, the bite site may get an infection, enlarging the incision and producing pus. Seek medical treatment if this happens.

1.3. Can A Cockroach Bite Transmit Diseases?

A cockroach can still hurt you, either intentionally or unintentionally, even if they don’t sting you because they carry germs like other insect bites.

Cockroaches have a large number of bacteria on them as well as in their stomach and digestive tract. The cockroaches will ultimately excrete those harmful bacteria. In addition, while some of these bacteria are completely non-pathogenic and incapable of causing disease, others may be. You need to get frequent pest control done to get rid of bed bug bites.

Roaches have been shown to transmit salmonella and the polio virus, according to the Centres for Illness Control and Prevention, even though there isn’t a significant amount of proof to connect the bugs to specific disease outbreaks (CDC).

Do cockroaches bite humans? The kind of cockroach determines the answer to this query. People may get bitten by German cockroaches, for instance, although it doesn’t happen frequently.

This is owing to the likelihood that food residue has collected in these locations, luring famished roaches. They could also target your nails, hair, and eyelashes.

If you’re concerned about cockroach bites, one simple approach to avoid them is to practice proper hygiene, especially before night (such as keeping your face, lips, fingers, and hands clean).

The problem is that because they require both food and water, cockroaches in our houses frequently go between the kitchen and the bathroom.

Roaches tend to bite often in the dark.

Common pests that can bite you and spread disease include cockroaches, ants, bed bugs, mosquitoes, fleas, and ticks. The worst sufferers will be you and your household if you keep such annoyances around.

There are a lot of home remedies you may try to get rid of cockroaches bite.

The best approach to not feeling threatened (preventing cockroach bites) and to getting rid of pests, including roaches, is to regularly use high-quality, efficient pest control procedures and treatments by a pest control professional.

TAGGED: bed bugs, bugs, cockroaches bite
Pavitra Choudhary October 8, 2022
Share this Article
Facebook TwitterEmail Print
What do you think?
Love0
Sad0
Happy0
Sleepy0
Angry0
Dead0
Wink0
Posted by Pavitra Choudhary
Follow:
Hi, I'm Pavitra Choudhary, and I take leisure in exploring new and exciting areas of interest. I love serving a platter of good content to my readers. I believe that I am skilled at thoroughly researching any given topic, and I strive to write unique but captivating language for my readers.
Leave a comment Leave a comment 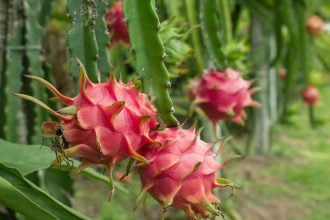 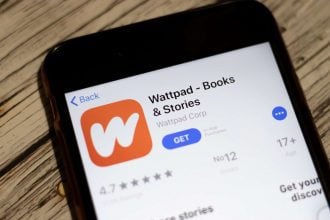 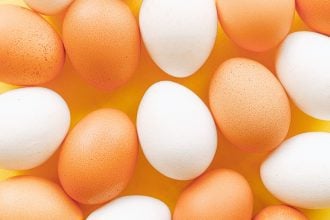 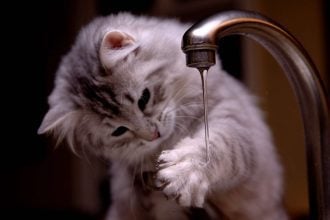