Mankind Must Move to Another Planet to Survive: Stephen Hawking

And the most shocking thing is, it isn’t due to natural reasons.

The increasing population, global warming and our own technological and biometric progress is shaping the end of this beautiful blue planet. 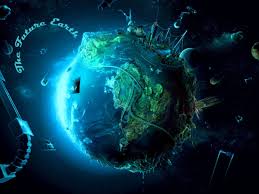 It is estimated that the sun’s expansion, will result in fusion of Earth in nearly 7.5 billion years. But at the pace which we are trying to exhaust our option,

We will lose nearly all alternatives of saving the human race in next 100 years.

“I believe that the long term future of human race must be in space. It will be difficult enough to avoid disaster on the planet in the next hundred years, let alone next thousand or million. The human race shouldn’t have all its egg in one basket, or on one planet. Let’s hope we can avoid dropping the basket until we have spread the load.”

Moreover, genetically engineered viruses, country rivalries and weaponry expulsions are just a few of the examples of “to-be-possible” cause of this destruction.

As we are making progress in the science and technology, we are heading towards an advanced warfare, where entire humanity can come under bane in a blink of the eye.

The Earth is not ready to survive a third world war.

As per hawking’s statement, “Although, the chance of a disaster to planet Earth in a given year may be quite low, it adds up over time, and becomes a near certainty in next thousands or ten thousand years.”

Also, this is not the first time Hawking has contradicted the rapid changes in technology. Last year, a letter for approval of artificial intelligence (A.I) was rejected due to “result in death and destruction”.

“The Sun could be a big reason in extinction of life from Earth.”

He said “Life on Earth will disappear long before 7.5 billion years. Scientist have shown that the sun is expanding and it will cause the temperature of surface of Earth to rise. Oceans will evaporate, and the atmosphere will become laden with water vapour, which is a very effective greenhouse gas. In a billion years from now Earth will be very hot, dry and inhabitable ball.”

Also, there is always a chance of an asteroid, a supernova or a blackhole which can result in annihilation of Earth. 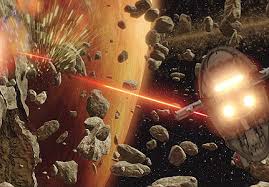 Then what is the solution?

At present, there is no solution actually.

Some of the answers to this problem are space colonies, habitation to another planet. For space colonies we are not that technologically advanced. Hawking said “We will not establish self-sustaining colonies in space for at least the next hundred years. So we need to be very careful in this period.”

Another option is moving to another planet. 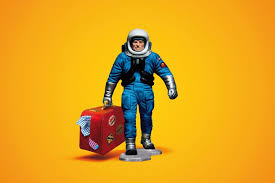 To this astrophysicist Katherine Freese explains, “Nearest star to Earth is Proxima Centuari which is 4.2 light years away. So we will need 4.2 years travelling at the speed of light. But today we can achieve only ten thousandth of the light speed. With that we will exhaust 50,000 years to reach the star and we have no such technology to survive that long journey”.

In future, there may be a chance for our relocation from our dying planet, till then, we need to preserve this human race.