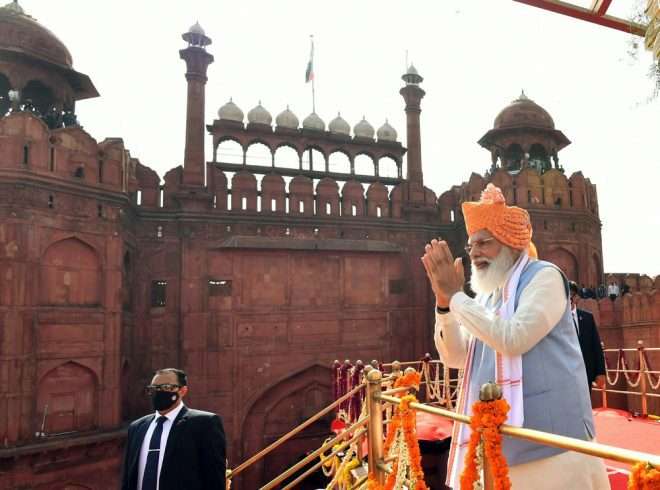 After the torture that India went through for 10 long years when our Prime Minister, Mr. Manmohan Singh, was in power, our country finally has few leaders who believe to see through the reality of our nation. We have leaders who are working hard to use our youth’s rawness and boundless resources to give amazing and successful outputs.

We are referring to our present leader who dreams and works hard to take India to new heights.  Yes, we are addressing none other than our current Prime Minister, Mr. Narendra Modi. In his speeches, the powerful words fill every Indian’s heart with enthusiasm and eyes with a ray of hope to see and live in a Developed India!

But after saying this, we would have to admit that the most difficult part in this process of developing is our frequent loss of trust in the words of our leader. We cannot also blame the citizens because they have gone through heartbreaks many times, resulting in a loss of faith in the leaders of our nation. Here are some of the key inferences drawn by the Young Indians from Mr. Modi’s speech.

Be it anything, either electricity or water or any big plans. No matter how much he promises, the betrayal from the past ministers makes it tough for the citizens to believe him.

We cannot ignore the fact that Narendra Modi has that Heroism in him, which has greatly impacted the Indian citizens. He has arrived like ‘The Savior’ sent from heaven.

His speech is a bit exaggerated, which gives many opportunities to the critics to bitch about. In a few of his speeches, he has even represented incorrect facts! Remember….Shyama Prasad Mukherjee, who was confused by a Gujarati freedom fighter! Modi Ji needs to do his homework well before his final delivery of the speech.

But people need to understand that this man is working really hard and stands up to the expectations of his ardent followers. It is like a remake of the revolution for the liberation of India into an independent country. The difference is, this time, we have this revolution for “Liberation from terrorism, black money, poverty, and global warming”! It is a Satyagrah for making Clean India, Safe and Healthy India, Digital India, and Young India!

This will only be possible if we, the Youth of our nation, 65% of the Indian population, work towards this goal!

Before ending this discussion, let us answer the critics who have been discouraging Mr. Modi!

While reigning as the Chief Minister of Gujarat (2001 – 2014), our PM has proved his efficiency, which we all have witnessed through the state’s tremendous growth. Mr. Modi works on facts and looks deep inside the potential of the people of India and believes “Real India resides in the enthusiastic citizens of the nation itself.

“ Within these 18 months of his leadership as the Prime Minister, he has created an eye-widening archive.  He has gone through the entire scenario of poverty, bribing, terrorism, inefficient use of our natural resources and has proposed plans like OCI, FDI, and PIO and also made a helpline available as MADAD, which will render the problems that people might face while using these facilities being provided!

He is visiting powerful nations throughout the world to encourage Indians living outside India. He is one of those people who never criticize BRAIN- DRAIN. Rather, he encourages our overseas citizens to work up to their best potential and spread the magic of Indian culture and courage worldwide!

If we peep in the history of governance in India, such leaders have always been precious and rare. They have all dreamt of India being treated as a valuable and reputed nation in the world.

BECAUSE THIS IS NOT A DREAM BUT AN UNSEEN REALITY!!