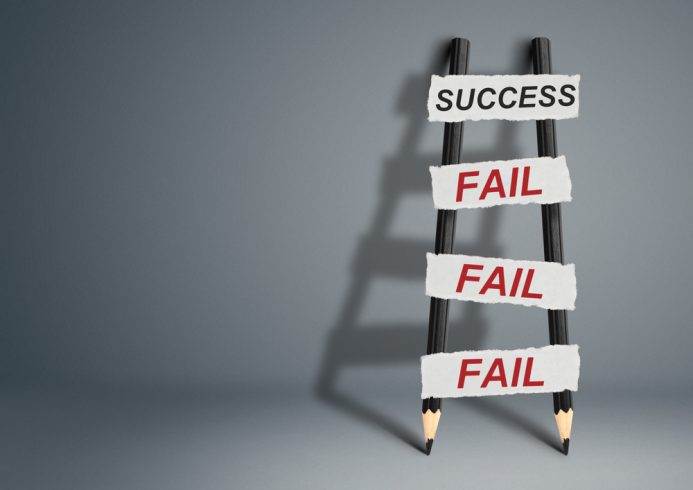 Failure is our greatest ally in life. What defines us is how well we rise after falling. Sometimes in life, when you reach the point of failing, you feel like giving up; failure slaps you so hard that you feel depressed, devastated, and suicidal. All you wish to do is lie on your bed, not face the world, and stay locked up in your room forever.

To you, happiness and success seem to be the biggest lies in the world. Your confidence sinks, and the world crashes down. Isn’t it? The good thing is you are not alone; we all go through days like this. I know that talking about failure is easy, but facing one is not everyone’s cup of tea but then the difference lies between those who get consumed by the failure and those who make it through the struggle stronger and better.

Failure is significant because it teaches you more than success ever will. Today you will read about 10 people who never gave up, faced extreme failure to taste extreme success, and are inspiring generations for the same.

He lost his job, his fiancé died, failed in business, even had a nervous breakdown, and was defeated in 8 elections. His failures were numerous.

Success – 16th and one of the best presidents of America.

He was fired from a newspaper for “lacking imagination & having no original ideas.”

Success – Creator of Mickey Mouse and Winner of 2 Academy Awards.

At one point in her life, she was penniless, depressed, divorced, and had to raise children on her own. Twelve publishers rejected her manuscript of Harry Potter.

Success – Harry potter, a global brand value estimated to be worth $15 billion.

He was a college dropout, and at the age of 30, he was removed from the company he started, which left him devastated and depressed.

This legendary boy band (they were more than a band) was rejected by Decca recordings studios, who said, “we don’t like their sound; they have no future in show business.”

Success – Most Commercially Successful and Critically Acclaimed Band in History.

After being cut from his high school basketball team, he locked himself up in a room and cried with no athletic background.

At the age of 11, he was cut off from his team after being diagnosed with a growth hormone deficiency, making him more diminutive in stature than most kids.

Success – 4-Time FIFA Player of The Year or Ballon D’ Regarded as The Greatest Player Ever.

She Was Demoted from Her Job as A News Anchor Because ” She Wasn’t Fit for Television.”

Success – host of a multi-award-winning talk show and the most influential woman in the world.

Failure is not the end, and it’s just a part of the journey, embrace it and learn from it, for it will always make you stronger, better, and wiser. Always remember, if they can, why can’t you!

Never give up, for you only live once!