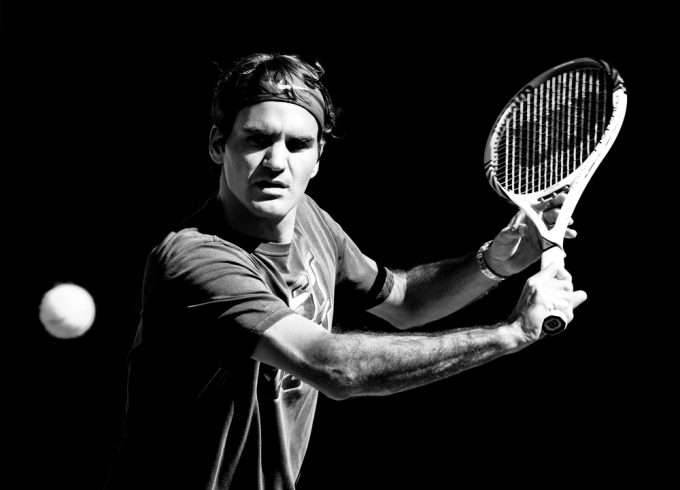 Roger Federer reached the Wimbeldon final for the 11th time, in a desperate pursuit of a historic eighth Wimbeldon title,  without dropping a set, defeating Tomas Berdych 7-6 (4), 7-6 (4), 6-4 . Federer, at 35 years of age hold the position of the  second oldest man to reach a grand slam final since Ken Rosewall in 1974. Rosewall had lost to Jimmy Connors and Federer will try reclaiming the title he had last won in 2012 against Croatian Marin Cilic on Sunday. Cilic, on the other hand, is into the second major final in his career after having won the US Open in 2014.

As the match ended,  Federer, who received a standing ovation, said, “ I feel very privileged to be in another final. I’ve got the pleasure to play on Centre Court another time. I can’t believe it’s almost true again”. With this, he has reached 29 Grand Slam Finals and also at the same time, for the third time in his career after 2006 and 2008, has reached the final without having dropped a set. He had waited for five years to win the 18th major title of his career at this year’s Australian Open and has been fortunate enough to be able to make it 19 only a few months later.

Having won the past seven matches against Berdych and 18 out of all 24 matches, it was a tough time for Federer to defeat the Czech. With just three breaks of serve over the two hours and 18 minutes, two were for Federer, who had hit 53 winners to Berdych’s 31. After dropping only one point on his serve as he made way for a 4-1 clear, Federer made two double faults by which Berdych could peg him back and also earn a tie-break.

A forehand error returned the advantage as Berdych tried to soar back from the early deficit to trail 4-3 as Federer capitalised to clinch the set. A setback for Berdych, nevertheless he tried fending off break points early in the second while trying to keep up with Federer. Four amazing forehands in a row gave Federer a 5-1 lead proving enough for a two-set lead and with successive aces, he saved two break points before breaking in the next game.

At 5-3, Federer offered a magnificent forehand flicked pass which had the spectators gasping and only moments later, he was the victor in his 42nd Grand Slam Semi-final. About Cilic who he faces this Sunday, Federer said, “ He crushed me at the US Open a few years ago. I hope he doesn’t play that good.” On the other hand, about the Swiss, Cilic stated that he had a “ big mountain to climb” in order to defeat Federer, which would, however, mean the world to him. “ It would be a dream come true to win Wimbledon”, stated Cilic,  who has earlier won one Grand Slam, the US Open, back in 2014.