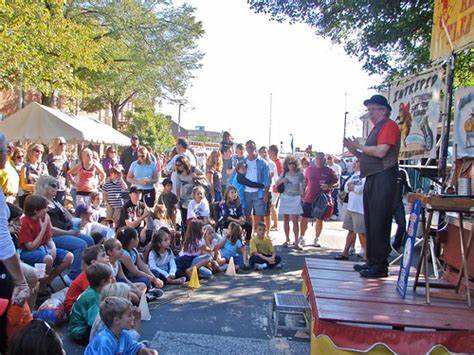 Humans are social animals and can’t live without the same. Now gadgets and technology facilitate us socializing from home through our mobile phones, laptops, and the internet. In earlier times, humans would sing and dance with each other in groups, create and preserve various hobbies, and that’s how festivals might have begun.

Even in the present time, despite all the facilities and services, such festivals excite us. There’s happiness all around, people singing and dancing, showing their arts and crafts, food and drinks, the arena all decorated with lights and flowers and other stuff; the Fells Point Festival is no different.

Background of the Fells Point Festival

The Fells Point Festival started in the year 1967 as a fundraising program to oppose the project, which would have joined roads 1-83 and 1-95, destroying a greater part of Fells Point.

It was the time when a gallon of gas would cost twenty-seven cents. NASA had launched Lunar Orbiter 3, and the Fells Point Festival was started to stop the project, which could have changed the appearance of the Fells Point and the surrounding area.

That project planned to link I-83 and I-95 by constructing a highway elevated along the northern Baltimore Harbor’s shore.

This project would have involved huge razing around Fells Point, and the highway would also have trimmed the remaining area from the waterfront.

For years, the preservation society has ensured the 18th and 19th-century vibe of the historical structures, characteristics, and features in and around Fells Point.

Luckily it was saved due to the first organizers of the Fells Point Festival and the neighboring people.

The Fells Point Festival is celebrated annually since then. Today, the festival has bloomed to cover six blocks of the city and in the middle of the splendid, historical, unique, and amazing surroundings of Baltimore’s neighboring regions.

You would like to know about the history of The Fells Point Corner Theatre here.

In the Fells Point Festival, there are 2 stages and seventeen bands performing for the music show.

The Fells Point is abode to seven live music nights (an entire week!) The festival also comprises the finest and most talented regional artists, vocalists, and musicians. 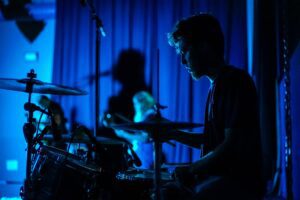 You have to attend the music night to feel the charm. No matter what genre you prefer, it will get you covered.

Gin Blossoms and more than 100 vendors display a huge variety of local arts, crafts, photographs, clothes and fashion, and many more.

What is Festival Complete Without Drinks?

Of course, this amazing event is all free, but drinks are not. Just imagine enjoying some music event or something like that with a glass of beer or wine or anything you prefer and sipping on it while enjoying the festival!

Do keep in mind reading your drinking packages in advance to avoid the long queues, which might also save you some bucks.

There are Some Packages of Libations as Followed:

A package for mixed drinks for four persons costs $25 with two wristbands. Regularly it’s for $42, which saves you $17.

Eight tickets for the same package costs $50 (of course, with two wristbands), and you end up saving $24 as usual. It costs $74.

There’s also a combo package of drinks where you get three beer or wine tickets, three mixed drink tickets, and two wristbands. It all costs $35, which makes you save $17, where you could’ve spent $52 otherwise.

The preservation society runs cost-free in Baltimore’s city, and in the present day, it maintains various buildings and structures. Apart from this, the society also runs History tours of Fells Point.

The Fells Point Festival has spread drastically throughout the years and continues to have huge effects in preserving the historical integrity for businesses, visitors, and Fells Point residents.

Not only is entry free to the Fells Point Festival but seventeen bands, fun family activities, and many more events are absolutely free here!

Timings of the Fells Point Festival:

The Fells Point Festival usually remains on weekends (Saturday and Sunday), usually around October. On Saturdays, the timings are from 11 am to 8 pm and closes an hour earlier on Sunday (7 pm).

You have to book your parking space in advance, which reserves a spot for you. You can also avail special discounts during the festival. Where you get 6 hours of parking or from 11 am to 7 pm for just $10.

Location of the Fells Point Festival:

The Fells Point is situated on the waterfront. The Fells Point Festival runs from one side of Thames Street from Caroline to Wolfe the other, and it is lying next to Aliceanna on the northern verge.

The Food at the Fells Point Festival: 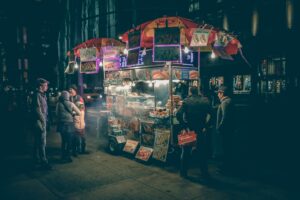 At the Fells Point Festival, you can’t ignore the delicious food! The Eating Joints are situated in the middle of a market, restaurant, and bar district where you won’t only find street vendors and shops but also lots of local hotels and restaurants.

Know about the system of drink tickets: 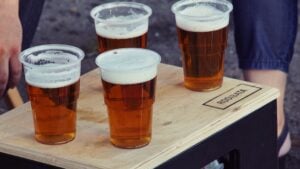 To carry alcoholic drinks and beverages throughout the Fells Point Festival, one must be aged 21 and over and purchase a wristband, which costs $5. All this money goes to the Preservation Society for the preservation of the Fells Point and Federal Hill.

The Fells Point Festival bars don’t accept cash, which means you must purchase drink tickets to redeem any beverages.

You can also choose to get prepaid wristbands and drink tickets. You can get these from Will Call, which falls on the Pier at Thames and Broadway’s crossway.

Usually, a beer or wine ticket costs $6, and you’ll get charged $8 for a mixed drink.

Credit cards can be used for purchasing drink tickets at selected festival bars. However, vendors in the Fells Point Festival operate individually, so the means of payment can vary for each vendor.

Drink tickets can’t be refunded, so if you got one extra, you could share it with someone.

Pets Are Allowed in the Festival! 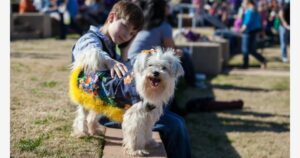 Unlike some festivals, the Fells Point Festival not only allows pets but organizes pet parades too, which is an enjoyable event for pets and the owners, even for the visitors. 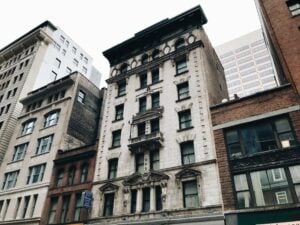 There are several hotels around the locality of the Fells Point Festival. Some of the famous are the Admiral Fell Inn and the Sagamore Pendry. Both are situated in the middle of the event on Broadway and Thames. Other hotels include Four Seasons, Hyatt Place, Courtyard by Marriott, Waterfront Marriott, and Homewood Suites by Hilton.

There are no VIP adjustments or sitting arrangements for the Fells Point Festival as the festival is open for everyone free of cost.

Don’t worry if you like something but don’t have cash; some ATMs within the festival area can help.

Things to Know Before you Plan for Fells Point Festival

Prohibited Stuff to Bring on Site

Fells Point Festival’s official partners have a set of things one cannot bring to the festival-like goods for sale and merchandising. If you have kids accompanying you, they will not be allowed to bring laser lights or any pointing toy; one cannot bring two-communication devices like walkie-talkies.
People often see these sites as a good spot for camping but camping or bringing any camping gear is banned. You cannot carry any glass objects, fireworks, or pepper sprays with you either. Carrying any weapon is strictly prohibited at the Fells Point Festival.

Fells Point Festival has a strict rule against operating any drone or remote control toys. Use of vehicles is prohibited as well. You cannot use or keep illicit drugs near you or anything smuggled illegally when you’re at the festival. Use of any firecrackers are not allowed at festivals either, and while you are there, you can’t take or ask for samples from the festival vendors but from the Fells point Festival’s official partners. 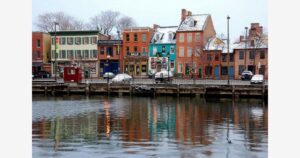 You must attend the Fells Point Festival at least once to feel the energy and charm. It’s flooded with people all around Baltimore and neighboring cities. If you are visiting Baltimore, don’t forget to check out the festival. Even if you go when the festival is over, you can still visit Fells Point and know the history. The cheap food, drinks, and free events, including entry, are something you can’t get in most big festivals.