Fandom – It is a word you might have come across in your early explorations of the internet. To put it simply, most books, movies, and TV shows have fans. These fans can be classified as the following –

These are the kind of fans who collectively form the world of fandom – an alternate reality where all their ‘fanny’ dreams could come true, and they could live happily in the company of other fans like themselves, away from that; pesky ‘Real World.’

Now fandom is hardly a new phenomenon. It has existed for as long as one can remember, and individual fans obsessed with their favorite story or celebrity have always been known to do crazy stuff. For example: When Arthur Conan Doyle planned to kill off his fan-favorite character Sherlock Holmes, he actually received death threats from devout fans of the aforementioned Mr. Holmes, warning him of dire consequences should he stop writing about the detective.

However, today’s organized fandom is much more widespread than it ever was before, thanks largely to the internet, which has helped bring die-hard fans of all fiction together, forming a veritable virtual community. The world of fandom even has its own language (fan-speak), its own dress code (cosplay), and its own festivals and celebrations (comic-cons).

Some common terms used in the Language of Fandom, which you may or may not have heard of (depending on how much of a geek you are), are given as follows:

‘Fanon,’ on the other hand, refers to that aspect of a story that wasn’t part of the original storyline and hasn’t been confirmed by the creator, but which yet exists in the imagination of the ‘fans,’ who desperately want it to become a reality. E.g., Many Harry Potter fans had wanted Harry and Hermione to end up together and were sorely disappointed when this did not happen. Hence they formed their own ‘fanon’ versions of the story, where Harry and Hermione can actually be a couple.

Slash is said to happen when fandom pairs off two characters belonging to the same gender in any work of fiction, and sees them as a romantic couple. The female counterpart of slash is called ‘femslash,’ where two female characters are paired together. It is like fanon-shipping, only with characters belonging to the same gender. So if you want Rizzoli and Isles to ditch the guys once and for all and make out with each other, you’re probably a shipper of femslash. Whereas if Barney and Ted together is your dream pairing, you’re a plain old slash fan!

Who finally wins the war remains to be seen.

If you are yet to be initiated into the strange and wonderful world of fandom, do look before you leap. Who knows, you might end up in the middle of an epic ‘ship war!! 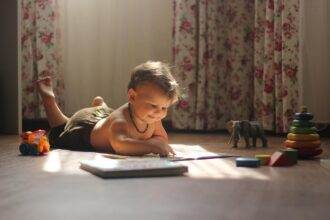