The 16th of February is going to be the D-day, which every Alien fan will write into his diary and will celebrate this day till the next founding. Why? Because it is precisely that day, the picture from Mars Opportunity Rover photo from Sol 3773 appeared, and what was there? A hand gun!

The hand gun on Mars has been shown on Youtube

The hand gun was published by an author Streetcap1 on the video social media Youtube. The website Beforeitsnews.com claims that there are no visible alteration or other changes in the video/pictures.

The pictures were taken in the area between Mt Edgecumbe and Wdowiak Ridge at SOL 3773.

In the video, we might find four pictures of the hand gun, two well detailed from a distance, and two nearer with lower quality. The rover took that photo on September 2014. However, nobody published it or find it till now. Two years old pictures might still terrify or astonish the public.

Are we alone in the universe? From this sentence, the man had begun the space exploration with hope to give an answer. The possibility of the existence of another form of life in the universe has always represented an exciting field of research and discussion. The phenomenon of UFO sightings is one of the most remarkable mysteries of the modern era, a controvert enigma still waiting to be explained, a millenary question that fascinates the whole world.

From 1947, when the little town of Roswell in New Mexico became famous for a possible UFO crash, the cases of abductions and the multiple sightings of mysterious flying saucers in the sky of Mexico; the feeling to be spectators of an unprecedented event of unknown nature increased time after time. 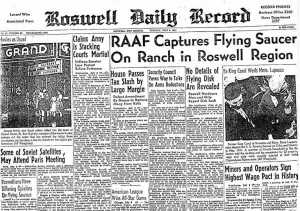 The phenomenon of UFO sightings is strictly connected with the unexplained occurrence of the lights in the sky, very often of unknown origin. This is the case of a little town in the Norwegian countryside of Hessdalen, where from almost 33 years strange lights are floating periodically in the darkness of the summer skies, with unbelievable movements, trajectories, and glares.

The definition itself of UFO Unidentified Flying Object seems to be still nowadays very controversial and characterized by various features but always linked with the possibility of a direct or indirect contact between mankind and aliens. In ufology world, they call close encounter an event in which a person witnesses an unidentified flying object. The astronomer and researcher J. Allen Hynek identified a classification of first three kinds of encounters: from the first one, when a witness is just far spectator of an unexplainable sighting, until the third and the fourth one, when the witness has a form of contact or is even kidnapped. 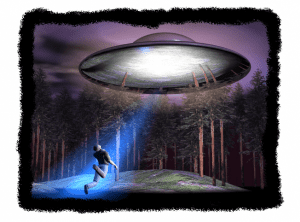 We do not want to be alone!

The existence of the out-terrestrial life is almost sure. The events above as well as the finding of a gun might help to assure us of the presence of “somebody else”. The truth is that not always we ought to blindly believe to everybody who claims the UFO sightings or showing pictures of unexplainable objects in strange places. So not everything is real, but we are real and somewhere there, far in the sky, there are people too, who may want to know about us humans.