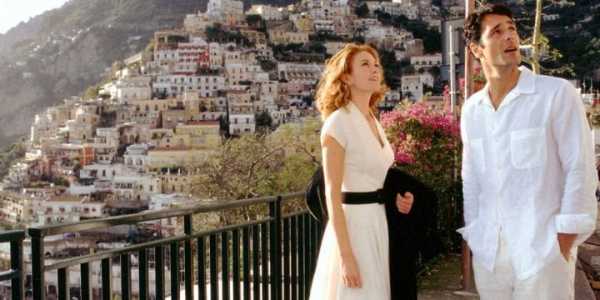 Let’s talk about the last, the inspiration to travel. Be it the beautiful scenes of the Lord of the Rings shot in New Zealand or watching gloomy Jason Segel with exotic City of Honolulu in the background, it’s mostly the scenery that makes us go wow.

So here are 4 movies which gave us some very serious travel goals:

To Catch A Thief- French Rivera There aren’t many films to have flaunted the cities and villages jumbled on the shoreline of Monaco and France like this one. Cary Grant is at our service as a tour escort, playing the role of a resigned thief stressing to get hold of an impersonator so that he can get his name cleared.

Under the Tuscan Sun- Tuscany, Italy If you are a romantic, this is the travel movie for you. Diane Lane will win your heart in the movie. The movie displays that moving to a different country, leaving your life behind, will eventually repair everything (not sure if that works but I would definitely love to buy a bungalow in Tuscany). An American Man comes across a beautiful French woman on a train and convinces her to get off the train with him in Vienna. They had nowhere to go, leaving them to stroll around the city through the night till dawn, literally showing us most of the landmarks, for instance, Wiener Riesedrad, Maria am Gestade, Zollamtssteg bridge, and the Donaukanal. The movie also showcases Café Sperl, one of the most famous eateries in Vienna.

Francis Ford Coppola was on a vacation in Sicily when he visited a tiny church in a hushed and collapsed village close to Taormina. He then and there decided that he will come back to the village to shoot and the minute villages of Savoca and Forza D’agro grew into the history of Hollywood. This sure is a vacation we can’t refuse.

Tulika June 3, 2017
Share this Article
Facebook TwitterEmail Print
What do you think?
Love0
Sad0
Happy0
Sleepy0
Angry0
Dead0
Wink0
Posted by Tulika
A law student, wading through life with books, music and a dash of sarcasm.
Leave a comment Leave a comment