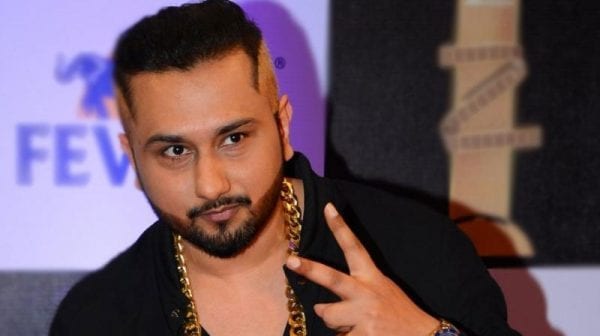 Yo Yo Honey Singh is a rapper-singer who took the country by storm a few years back. His songs were an instant hit and helped him rise to the position of becoming the most loved rapper in the country. His songs played at all the parties and even took over the Bollywood music industry. He gave us songs like “Lungi Dance” and “Party All Night” which quickly became chartbusters, and he soon became a household name. Unfortunately, he suddenly went missing, and there were no new Yo Yo songs for 18 months. But, he is back now and revealed the reason why he went MIA and revealed that he was suffering from Bi-polar disorder.

Bi-polar disorder is also known as manic depression. It is a mental disorder with periods of depression and periods of elevated mood. It is common in India but not talked about and records up to 10 million cases every year. In an interview with the Times of India, Yo Yo Honey Singh revealed that he was suffering from bi-polar disorder and alcoholism. His confession came at the right time and put to rest many rumors where the public was saying that he left due to rehab for drug overdose or because of him fighting with Bollywood stars.

During the interview, he said,” This is the first time I am talking about this as I want my fans to know what happened to me. Nobody knows about this, and I want to tell the world myself, not through a spokesperson. The last 18 months were the darkest phase of my life, and I wasn’t in a state to talk to anyone.” He further addressed his rumors,” I know there were rumors that I was in rehab, but I was in my Noida house throughout” he said.

He confessed about how he was bi-polar, and his condition lasted for 18 months. He had to keep changing doctors and changed a total of four doctors as medication was not working and “crazy things were happening” to him. His condition and alcoholism aggravated the entire situation at hand. Honey Singh described the entire experience to be scary. He did not respond to any medications for an entire year until he started getting treatment from his fourth and last doctor. He had given up hope and believed that he would not get treated. He was afraid of facing even five people though he used to perform concerts in front of thousands. He never left his room and said that he did not even trim his beard or get a haircut.

Yo Yo Honey Singh came out about his condition on his birthday and assured us all that he has now moved past it and is under doctor’s supervision. He wanted to let his fans know about his bi-polar disease as he believes that his fans made him, and he belongs to them. He also used his recovery time to write poems which he wants to use for his songs.

Well, we are here in support of Yo Yo always and wish him the best.