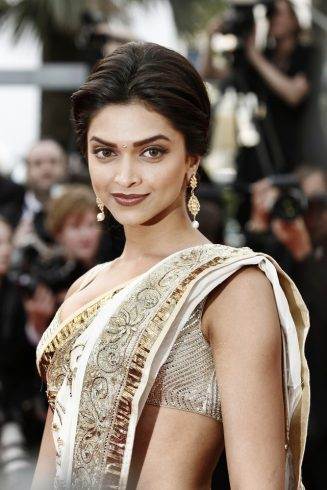 India is famous for mainly two things, Bollywood and cricket. Its music and actors are widely loved and appreciated around the world. Bollywood and Bollywood stars are known for their larger-than-life depiction and have always depicted India as a vibrant and colorful country.

Bollywood has some of the most remarkable actors, and it is tough to choose the best ten among them.

Top 10 Bollywood Stars of All Time

However, out of no disrespect to anyone, the list of top Bollywood stars is based on their popularity, acting skills, and success.

He has been in the industry for a decade but is still considered one of the main pillars of Indian Cinema.

Amitabh Bachan was born in October 1949 in Allahabad. He is the Son of the famous poet Harshvardhan Rai Bachan. He debuted in Bollywood in the movie Saat Hindustani which Khwaja Ahmad Abbas directed.

However, he did not taste success until 1973. With the movie Zanjeer, he became the overnight megastar, and the rest is history.
He has many blockbuster movies like- Sholay, Silsila, Chupke Chupke, Abhiman, Natwarlal, etc. He is the winner of 4 National Awards and infinite numbers of other prestigious awards.

This “one-man industry” has shown and proven itself worthy repeatedly. He has not been successful only as an actor and gained success as a singer, TV actor, and social activist. Even at the age of 70, he is still an industry legend.

His latest movie PIKU has been a significant hit and has won many praises.

He is the most iconic actor in Indian Cinema. In 2009 the Los Angeles Times named him “the world’s biggest movie star.” popularly known as the “King of Bollywood,” he has been awarded the Padma Shri by India’s Government.

His biggest hits include -Dilwale Dulhaniya Le Jayenge, Kuch Kuch Hota Hai, Kal ho na ho, and Om Shanti Om.
Apart from his commercial movies’ popularity, he is also famous for movies like Swadesh, Chak de India, and Ashoka. He has proven that he will always remain the Badshah of Bollywood.

Kangna Ranaut. Though she tasted many hardships, she has proven that she is one of the greatest Bollywood stars.

She was born on 23 March in the small town of Himachal Pradesh. Known for her bold attitude and free spirit, she has won 2 National Awards and many films fare awards.

Apart from the epic movie Queen, she has also done many critically acclaimed movies like- Fashion, Life in a Metro, and Gangster. Her latest movie Tanu Weds Manu has won her endless applause worldwide.

He is known as a perfectionist, one of the most powerful actors, and has done some of the most influential movies. He started as a chocolate boy, and he has since proved that he is much more than just a poster boy. His movies include-Qayamat Se Qayamat Tak, Jo Jeeta Wohi Sikandar, Raja Hindustani, Andaz Apna Apna, Sarfarosh, Ghulam, Ghajini, Taare Zameen Par, and 3 Idiots.

Rarely do his films not perform well in the blockbusters; his movies are purely magic.

More than his movies, he is known for his fan following called ‘Bhaijan’ by his fans; he is the most loved actor in Bollywood another actor has such a strong fan following as he does.

She debuted with Shahrukh Khan in the movie Om Shanti Om and has proved that she is more than just a pretty face; he has been part of movies like-Piku, Ram Leela, and Chennai Express. She is the daughter of the famous badminton player Prakash Padukone.

Apart from her acting skills, she is an active feminist and is popular for her women’s empowerment participation.

Known as the Indian Jackie Chan, he is one of the most entertaining actors in Bollywood; whether it’s his comic timing or his action scenes, he is a gem for the Bollywood industry.

He is famous for giving most commercially blockbuster movies to the Indian Cinema; some of them include Singh is King, Namaste London, and Welcome.

In recent years he has been seen doing movies like Oh My God and Gabbar, which are socially driven and are equally successful.

She is one of those Bollywood stars that was made India proud in many ways; this former Miss World is the most successful beauty queen in the world; she has proved that she is not just a beauty queen but also a compelling actor Movies like Barfi and Mary Kom have been one of the most critically successful movies of Priyanka Chopra.

Apart from being an incredible movie actor, she is also very famous for her singing skills and has won appreciation worldwide.

She is now a part of the famous American TV series Quantico.

This list would have been incomplete without mentioning Paresh Rawal. He is known as the umbrella actor because he can play the role of any character.

Some of his movies include – Oh My God, Phir Hera Pheri, Welcome, and Chupke Chupke.

Bollywood would be incomplete without mentioning the Kapoors Kapoor has proven that hard work can take you to incredible heights. He is one of the Bollywood stars who has been in the industry for 30 years and has been part of movies like- Dev, Wo Saat Din, and Race.

He has also been part of the Oscar-winning movie Slum Dog Millionaire and has won the Screen Actors Guild Award for Outstanding Performance.

Apart from the Silver Screen, he also has a successful TV series known as 24.

Our country is filled with talent, and it is so pleasing to see these talents rise and shine in their respective areas. Hope you enjoyed this list of the top 10 Bollywood stars.

TAGGED: Amitabh Bachchan, Bollywood, bollywood stars, Celebrity, Deepika Padukone, Priyanka Chopra, Salman Khan, Shahrukh Khan
Priyanka Bhoj September 19, 2015
Share this Article
Facebook TwitterEmail Print
Posted by Priyanka Bhoj
"life is a voyage" this is the saying I live by. Passionate about travelling , writing and books. I have been writing articles from the last five years on various topics like food , travel , books, self help and inspiration . My articles are simple and informative , which you can read with a cup of coffee at the end of the day.
Leave a comment Leave a comment