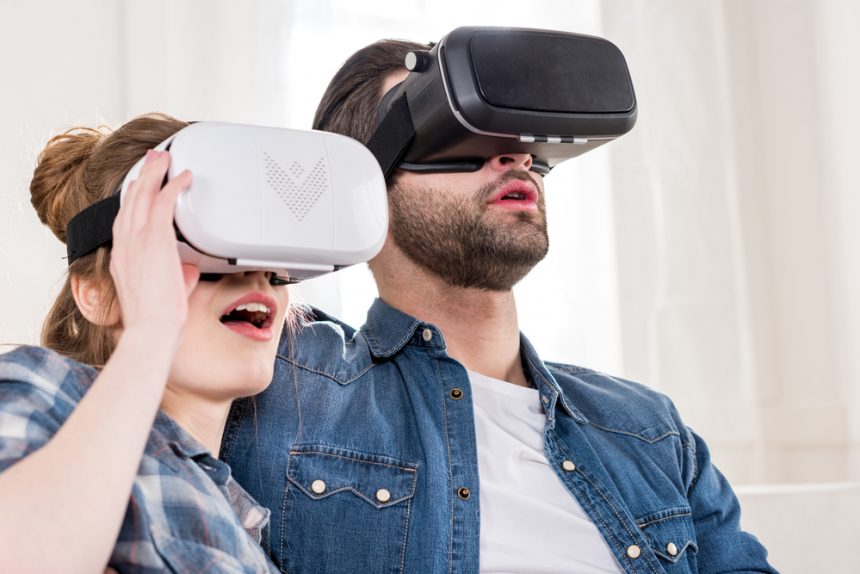 You’ve probably heard of virtual reality, or VR technology. It’s been used in video games for years, and it’s become increasingly popular in other applications as well. It’s been around for a while, but it’s only recently that VR has begun to enter the mainstream consciousness.

If you’re not familiar with VR, you might be wondering how it works. VR technology uses a combination of hardware and software to create realistic, three-dimensional images that can be interacted with by the user. But what is virtual reality, exactly? How does it work? In this blog post, we’ll explore how VR technology works and what kind of technology underpins it all.

It comes down to simulation

Hardware plays the most important role

The hardware components of a VR system include a headset, sensors, and a controller or input device. The headset is perhaps the most important piece of hardware, as it is what the user wears on their head and is what presents the virtual world to them. For example, the popular Meta Quest 2 headset from Meta’s (formerly known as Facebook) VR division uses two high-resolution screens to immerse the user in the virtual environment. The screens have a low persistence, meaning that they quickly refresh images to prevent motion sickness. The headset also contains built-in headphones for spatial audio.

Sensors are used to track the user’s head movements and relay that information to the VR system so that the image on the screen can change accordingly. This allows for a more immersive experience, as the user’s view of the virtual world will change as they move their head around. For example, if you turn your head to look at something behind you in a VR game, you should see what’s behind you in the game world as well. Most headsets use some form of inertial measurement unit (IMU) for this purpose. IMUs contain accelerometers and gyroscopes that measure changes in velocity and orientation respectively.

The software components of a VR system include both the operating system (OS) and applications (apps). The OS handles all of the low-level tasks necessary to run a VR system, such as managing memory usage and processing power. Apps are what give users something to do in VR; they are generally designed to take advantage of the features offered by VR hardware to provide an immersive experience.

For example, there are many first-person shooters (FPS) available in VR that make use of room-scale tracking to allow players to walk around inside the game world instead of just standing or sitting in one spot. This gives players a much more immersive experience than traditional FPS games played on a 2D monitor.

The quality of a virtual reality experience depends largely on the system’s resolution, which is the number of pixels that make up the simulated environment. The higher the resolution, the more realistic the simulation appears. Virtual reality systems also need to have a high frame rate—the number of times per second that the image on the screen is refreshed—in order to avoid causing nausea or dizziness in users. A frame rate of at least 60 frames per second is generally considered the minimum for a comfortable VR experience, but modern VR systems offer double this framerate, for silky smooth visuals. This looks particularly impressive on VR platforms such as SexLikeReal.

Virtual reality technology has come a long way in recent years, and it shows no signs of slowing down. As VR technology becomes more sophisticated and less expensive, it’s likely that we’ll see it pop up in more and more applications. For now, though, VR remains mostly confined to entertainment and gaming—though there are certainly other potential uses for it (virtual tourism, anyone?).