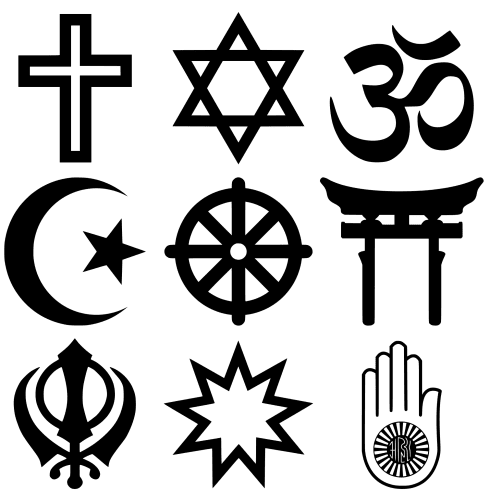 Religion is a sensitive topic; where all religions aim at peace and tolerance, there are hardly any whose followers tolerate anything when it comes to the belief, such an irony. It won’t be wrong to say that faith is the most misunderstood phenomenon. Everyone believes what they want to believe in, and if anyone dares to question it, he may not have any place in society.

Well, here I am not to question any belief but to tell you how we misunderstood everything.

Wikipedia describes religion as “an organized collection of beliefs, cultural systems, and world views that relate to humanity to an order of existence.”

In simple words, it holds people together and gives them something in common so that they have a sense of belonging to each other. BUT today, it has just become another name for war, division, hatred, radicalization, domination, and justification for extremist views.

“Religion is nothing but just a WAY OF LIVING, a way of teaching morals and values and nurturing human minds towards love, respect, devotion, and empathy.” No two religions have the same way of teaching, but the lesson is the same – Peaceful Co-Existence.

As said earlier, the very purpose of faith is co-existence. To get it straight and bold, this gives people something to fear; rather than devotion it is based on fear. Fear of the unknown is so intense that people are afraid to question the intentions of this invisible being.

You will be surprised to know that many religions have origins in famines, plagues, and floods. The root of this fear lies in ancient times when it was necessary to have something to stop people from committing evil deeds. It is believed that having faith in a supreme deity helped ensure that people live by specific moral rules necessary in harsh environments or in times of hardships.

Believe it or not, the truth is religion itself is the cause of suffering and miseries.

The few deadliest wars to name that are a shame to humanity include the thirty-year war between protestants and Catholics during the Roman empire, which took almost 11,500,000 lives; the French war of religion claimed 4,000,000 innocent crusades and the war between Christians and Muslims, which killed 3,000,000 people. And why go far? Just look at the present scenario, the Syrian war, which has displaced almost every country.

And still, do you say religions are supreme?

What science describes GOD is as ENERGY, the energy which is large enough, powerful enough, and pervasive enough to create the solar system, the planet, the stars, the sun, you and me, and everything on earth.

Even if we don’t believe what science says, we can’t avoid the fact that God doesn’t create religion; it is we humans that, for the fulfillment of our greed and desires, have given birth to it.

There is only one God, and I bet he won’t be happy to see what we have done to his beautiful planet, how man is killing innocents in his name, and how we are destroying his creations.

5. Which Is the True Religion?

True faith is just one, and that is HUMANITY; nothing is more significant than this, and nothing will be.

Follow your faith but first follow humanity, God created humanity for a reason, and the reason is not the domination of religion. Always remember…

“You don’t need religion to have morals; if you can’t determine right from wrong, you lack empathy, not religion.”