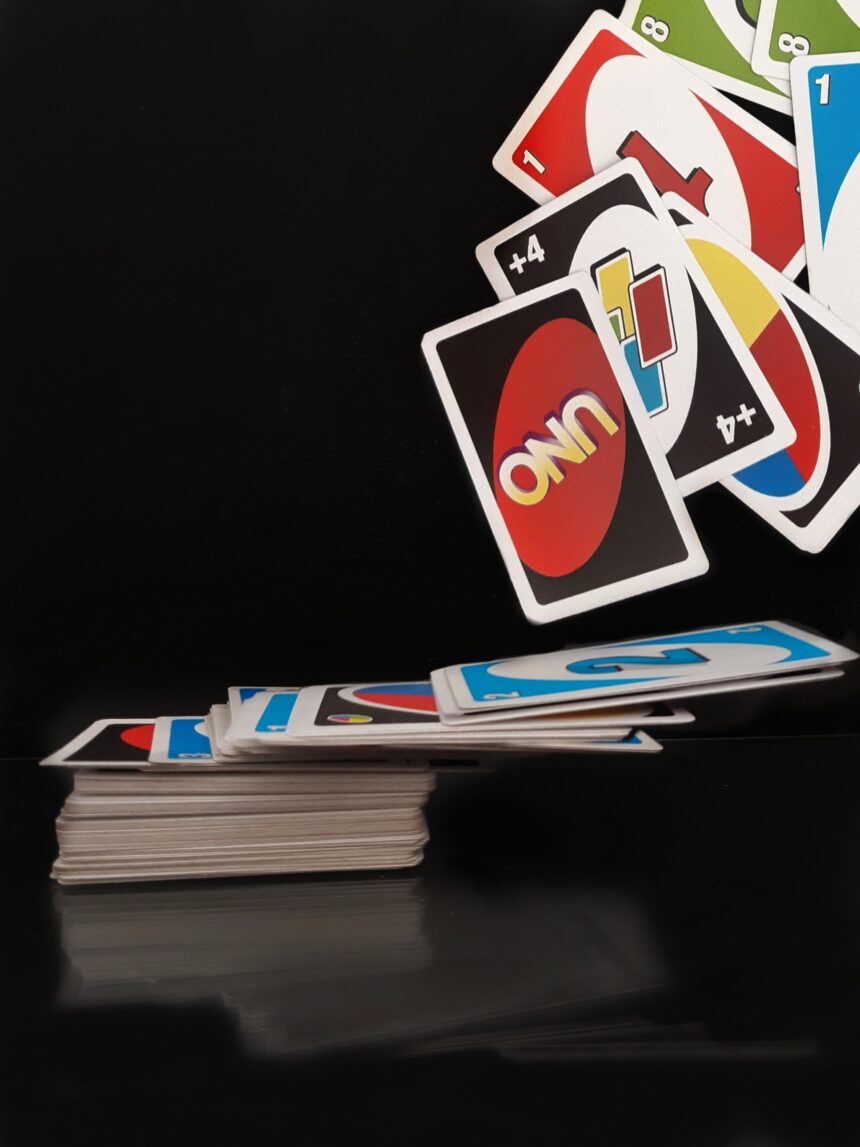 Uno! Let’s talk about it! A fun card game that gets everybody excited. You must have played it with your family, friends, or anybody else on that kitchen table or those school desks. It might be a stress release for some people too. Like I remember, mostly in 7th grade, I would play Uno with my friends whenever I came back from school after an exam day.

Contents
1. How To Play Uno: Lean Everything2. The Uno Rules!3. How to Calculate the Points4. Online Uno5. Other Uno Versions

We would play rounds after rounds, laughing, enjoying, sometimes secretly forming teams with each other without letting other people know, and just playing. And then I would regret wasting time, contemplating how much syllabus I would have covered if I had instead studied and then vowing not to repeat but ultimately always repeated cause it was just that fun!

1. How To Play Uno: Lean Everything

The hot and controversial topic that arises every time talking about Uno is the RULES! How to play Uno? Like everybody in the world has their own house rules for Uno. For some reason, they are not universal; unlike other card games, all the different groups you would play with have their twist on the rules!

Like take my case, for example; when I played with my family, we would use a power card(like skip) and continue, but when playing with my group of friends at school, we had this weird rule of blocking the power card with a face value card of the same color. Like what? It seems so ridiculous now, but also hilarious!

In my experience, I have seen and been a part of many arguments that arise when a rule has been supposedly broken. One party would strike a penalty on the other, but they would refuse, and then both parties would start arguing about which rule is correct and widely followed.

Hence it is a norm for me that wherever I go if we are playing Uno, I talk about the rules first. Uno rules cannot be taken lightly! Even then, I have come across so many different versions of rules; however, in the end, we all mutually decide and set forth to play.

Here in this post, we will look at the official game rules written on the Uno box explicitly stating how to play the game! Before that, let us look a little at Uno’s history. Merle Robbins created Uno in 1971 in Ohio.

He first played this game with his family and friends and later spent as much as 8,000 USD to get copies of the game, which he then sold. After, he sold the rights to a group of friends who formed International competitions Inc. to market Uno, which later became part of Mattel. Robbins got a royalty of 10 cents at every game sold!

Now, you know how to play uno, so let’s dive into the rules!

Uno has a specific deck of cards printed, and the game’s objective is to be the first player to score 500 points. The game continues for various rounds until someone reaches the goal! It is a shedding-type card game where you must play out all your cards.

Before the game begins, a dealer deals seven cards to all the players. The dealer then picks the top card from the deck using it as the first card, and from there, the game begins with the players taking turns in a clockwise direction. The play passes if the card used either matches the color, number, or symbol or if it is a wild card.

Each player plays only one card in their turn! This rule has been one of the most debated rules in my Uno playing experience, where I would argue that you can play all the same number cards or symbol cards together. Guess I was wrong. :’)

As the game moves forward and the players play out their cards over each other’s, the pile that results is called a discard pile. If a player doesn’t have a legal card to play over the card previously played, they can draw a card from the draw pile, and if it is a playable card, they can immediately play the card or skip their turn.

A wild card can be used over any card and allows the player to choose a color that the next player must follow when playing the card. If a player uses the skip card, the next player skips their turn; if they use a draw 2 card, then the next player draws two cards and forfeits their turn. If a reverse card is used, the direction of the game changes.

A wild draw 4 card does the same thing, except the next player draws four cards from the pile and forfeits their turn. There is a catch to using wild draw four cards, though! Four cards can only be used in a wild draw if the player doesn’t possess a card matching the play. If the next person to the player suspects foul play, then they can challenge the player.

If the draw pile runs out of cards when the round is still in play, you shuffle the discard pile and use it as the new draw pile. It is mandatory to say, Uno, which means one, when you only have just one card left. The moment your last-second card touches the discard pile, you have to say, Uno. If you don’t, the other players can catch you on this, as a result of which you will have to draw two penalty cards.

If a player makes a suggestion on what card the next player should play, they immediately draw 4 penalty cards. The first person who plays out all the cards and scores 500 points wins the game. If by the end of the game nobody scores 500 points, reshuffle the Uno deck and play again.

The person who won the round becomes the dealer for the next round. There are also some interesting cards called blank cards. They don’t have a specific purpose except to replace a lost card. However, you can always tweak the rules and make it more fun.

3. How to Calculate the Points

The points are calculated after the game ends. All the players tally the points of their remaining cards, and all those points are received by the player who won the round. All cards 0-9 are worth their face value. A Draw 2 card, a reverse card, and a skip card are worth 20 points. The highest point value belongs to a wild card or a wild draw 4 card, which is 50 points.

Do you know that you can play Uno online? Yes, now you don’t need Uno cards to play anymore as the Uno app is available on both iOS and Android, where you can play with your family, friends, or people from anywhere in the world. This app has a 4.5-star Google Play rating and more than 10 million downloads.

Do you also know that there are other Uno versions too? Currently, Uno has 549 different types of card games! Quite amazing, right? In this post, we have discussed the classic version’s official rules. Although we did share what the official rules state, where is the fun in always sticking to and abiding by the same rules? I would encourage improvising and adding your blend to the rules, which makes the game next level interesting;).

It might fuel some more arguments over the rules, though, so take care of that! Also, one more fun fact before I take your leave? There exists a sequel to this classic card game called ‘dos’ which means two. What it is and how the rules differ is something we will talk about next time. Until then, take care and let us know your thoughts in the comments down below<3

Also, if you are interested in reading more intriguing posts like this one, check out IcyTales to stay tuned^^!

100+ Good Would You Rather Questions For Teens For Fun

100+ Good Would You Rather Questions For Teens For Fun 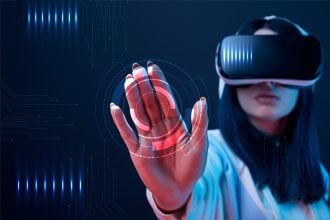 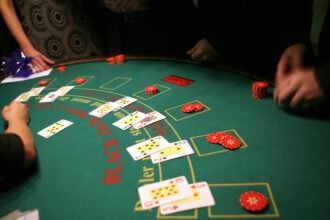