Nina met Will when she was six. Why he was called ‘Will,’ she did not know. She often wondered about it, but she did not ask him. He did not talk to her but never left her side either. When her father left her right hand, Will took it in his.

It took Nina years to forget Will. She went through several phases. At 13, she thought she had created him to mean ‘will power.’ This was a logical explanation, and though it had been ages since she had actually seen Will last, that night, she dreamt of him.

Will was subjective, or so she decided one day while reading her old diary entries. But the first entry in the diary had been written when she was in class 7. She had had a vague recollection of Will’s details by then and a very strong desire to appear interesting.

At 22, Nina could not remember what Will looked like. But when a clear voice asked her to turn towards her right and look at Will one night, she knew it was not Will’s voice. It was an older man’s. She remained limp on the bed. This had happened to her body before. She knew she would not be able to move her eyeballs, but she wanted to. Will did not hold her right hand this time. Or maybe he couldn’t. Will never spoke. Maybe the older man was holding his hand, restraining him. She tried to make her eyes follow the voice again even though every single muscle in her body was locked.

The voice spoke once more, and the wait stretched painfully. It would be over soon. Friend. Will Power. Subjective. Objective. Man. Child. Nina wanted to pull her senses out of the deadlock and set her eyes on him once. Then nothing. He was gone. It was gone.

She met him over the years but never wrote down about him. Mostly because she did not want to refer to him as ‘it’ in her books, she was sure that she would check under her bed one day and find Will again. Until then, she kept writing about the ‘monsters’ under the bed.

What is a Fever Dream: A Complete Explained Guide 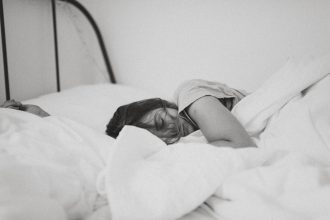 What is a Fever Dream: A Complete Explained Guide