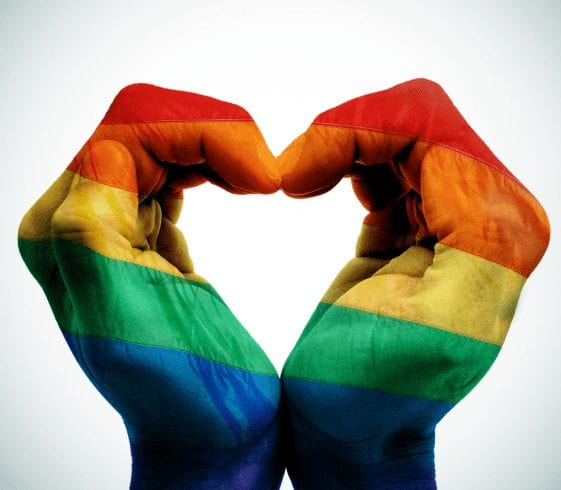 Recently, the Internet was agog over a Anushka Manchanda and Monica Dogra starring music video celebrating lesbian coupledom. At the end of November this year, Delhi had its ninth Queer Pride Parade. The 11th of December is set to see Kolkata’s Rainbow Pride Walk.

It seems that homosexuality is surely gaining visibility in India, gay rights endorsed and the need to promote the same recognition. Celebrities like Sonam Kapoor and Karan Johar have supported rights for the LGBT community. Other figures like Vikram Seth, openly bisexual and India’s as well as the worlds, first openly gay prince, Manvendra Singh Gohil runs the Lakshya Trust which benefits the community.

Despite these symbols of progressive acceptance, even endorsal of LGBT rights, how accepting of homosexuality is India really?

A blatant discrimination against the LGBT community in India lies embedded in the legal framework itself- Article 377, which classifies homosexual acts among the “unnatural” one’s deserving criminalization. Voluntary carnal intercourse “against the order of nature” can be, by this section of the Indian Penal Code can be punished by fine or imprisonment. Though the Delhi High Court briefly decriminalized homosexuality, the Supreme Court reversed the verdict in 2013.

Discrimination exists not only in the legal scenario. Mumbai based organization Mingle undertook a study into the workplace experience of LGBT people. By its findings,  although 44% reported being out to family, only 25% said they were out to work colleagues. Half of them reported being covered by LGBT discrimination policies, while half were not and could, therefore, be fired for being LGBT. Only 13% had access to an LGBT employee resource group at their place of work. 40% said they were often or sometimes subject to workplace harassment because they are LGBT – and two-thirds stated that they overheard colleagues making homophobic remarks. One-fifth said they faced discrimination from their managers/HR staff.

Homophobia in India is embedded deep into not only the country’s legal but also its social and cultural framework. As the perception of gender is primarily governed by patriarchally demarcated roles, heteronormativity is deeply rooted into the fabric of society itself. The patriarchy sees individuals as role-fulfillers, carrying forth the idea of family as a unit of production. This perception ties in with the normalization of man-woman relationships alone, biological reproduction being seen as its central end. Homosexuality threatens these perceptions, along with patriarchally manufactured notions of masculinity and femininity.

The homophobia, is, like the binary treatment of gender, largely an import of colonialism. In ancient India, the attitude towards sexuality was more liberal-gender fluidity and non binary treatments of gender breaking down heteronormative expectations. As Arati Warrier brilliantly summarises in her “Witch Hunt”, “my people are bearing the burden of 200 years of colonial thought.”

The current picture of gay rights in India is dismal. LGBT rights tie in closely with patriarchally determined perceptions of gender. While these are in place, homosexuality can be neither decriminalized nor normalized. The repression, oppression and erasure of homosexuality pushes many into the closet, or simply be in denial about their sexuality.

The picture is, however, not entirely dark- as fringe groups for LGBT rights have been formed and are functional. Homosexuality is also gradually gaining visibility in popular culture and media even while it is, for the most part, largely heteronormative. “The Other Love Story”, a web-series depicting a lesbian relationship was a huge step in giving visibility to the LGBT community. Shonali Basu’s 2014 film, “Margarita With A Straw” also played a significant role in bringing to light lesbianism and bisexuality. Same sex bonding has featured heavily as a subtext in many Hindi films – A particularly progressive example being “Dedh Ishqiya‘s” celebration of female bonding. Too often, however, homosexuality is portrayed in a parodying light as in “Dostana.” The 2010 Bengali film, “Arekti Premer Golpo” made an important statement about homosexuality and gender fluidity.

With the increasing visibility to same sex relationships, more and more people in the public forum have started using their influence to endorse the same. It can be said that while the prevailing attitude towards homosexuality in India is largely conservative, there is also significant progress being made on the issue.