India’s First Liquor Store For Women: Useful or Not? 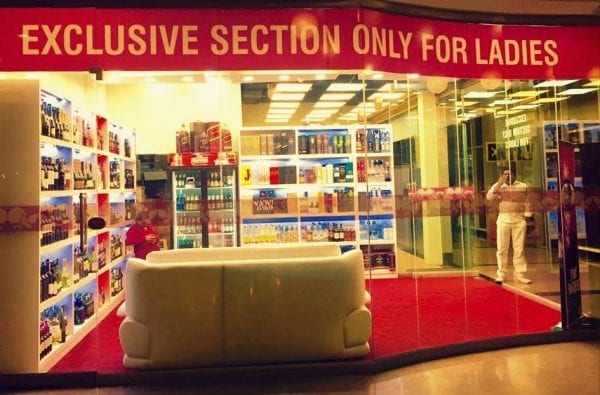 If you visit Star Mall in East Delhi, right next to DLF the Galleria, you’ll witness the most appealing of Delhi. “Exclusive section for Ladies,” the line written outside the store says it all—India’s first liquor shop section exclusively for women. The store was inaugurated in October 2015 and is slowly gaining popularity in the region. The store has female security guards and a sales representative Miss Beena Sharma. Store Manager Umesh Chandra wanted the shop to be a safeguard, hassle-free and casual place for the city’s women, and the store is clearly proving its worth among ladies. 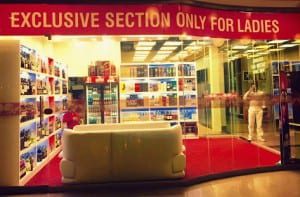 When asked about sales, Benna Sharma said, “Many women come here looking for Vodka, Wine, and Champagne. Some buy Whiskey as well. Sometimes if they come with male companions, they buy beer too. But girls generally prefer tequila.”  The store has managed to create sales of 10-15 products a day, and the store owner Rohit Arora believes in its increase in coming months.

Talking about variety in the store, it has Vat 69, Jack Daniels, Glenfiddich, Legend of Kremlin, Grant’s Teacher’s, Jameson and Glenlivet; in liqueurs Marie Brizard, Zappa, Grand Orange; in beers Murphys, Leffe, London’s Pride, and Amstel Light. The store has a big bag collection. At present, you may not find cheaper brands like Madeira. So on one hand it’s a women-only liquor shop but on the other it demands big bucks in your pocket. 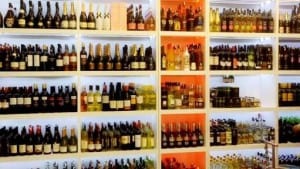 The store is a blessing for women as it allows its customer ample amount of space and time to browse through the evident classic collection. It stands out from other stores by providing this opportunity. For most of the liquor stores in Delhi, you’ll find people groping for buying the cheapest bottle resting on the shelf. This actually makes an uncomfortable environment for ladies to be there shuffling between men and to be stared at, especially if they don’t know what to choose.

The effort has already been applauded on various social media platforms, and now the feminine community wants it to be imitated by other regions in the country. As said by a liquor store customer, “Girls can be intimidated at most liquor stores because guys try to letch you and give you weird looks. I do prefer going to this store because it is not crowded at all and you can look around.” The store has been dressed beautifully to attract more ladies providing glass Walls, fancy interiors and comfortable sofas. 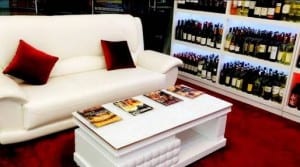 The initiative has taken a step towards women empowerment, but it’s also degrading the equivalence value as feminism demands. The slight mishap of this initiative is the deliberate effort of gender division. Instead of opening a women exclusive store, making an already opened store safer for women could have been a better solution.

The same can be depicted by this statement of a 20-year-old student who says “See there are men outside this store as well. And the walls are made of glass, so it’s not like they do not see you. I don’t think it makes much of a difference”. She preferred to go to any liquor store if she is with a decent man.

Still the eye-catching store is becoming a subject of popularity. Whether the idea promotes women’s empowerment or not can be decided in the future. The present agenda is working, providing women a safe and convenient way to buy booze. The store is looking to open its branches in other parts of Delhi. It’s an indication of creating a habitat for unintimidated liquor buying. So the party ain’t stopping, people! 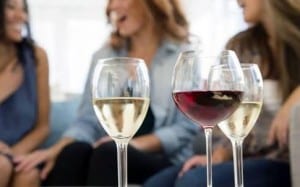