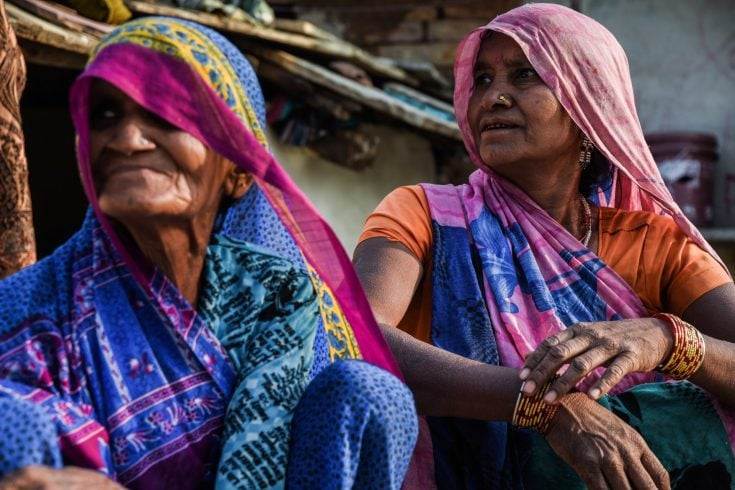 The status of women in India is believed to have achieved equality under our constitution; however, the truth is that women are still suffering. According to statistics, the regional average score of the country’s equality is only 55. Various male-dominated traditions still prevail in the country.

According to Jawaharlal Nehru, the condition of a nation can be assessed by analyzing the status of its women. Today, women in India earn just 64% of their male counterparts – and that too, if they have the freedom to work. Women in India are still working day and night tirelessly to achieve the freedom they deserve.

So, what is the status of women in India compared to its history? What kind of issues is being faced by Indian women today? How can the economic and social indicators improve for women in India?

India is a country where a woman is expected to give birth to a son rather than a daughter. Women with daughters are not only discriminated against but also pitied. However, “prenatal sex discrimination” is banned and is now considered a criminal offense. Some Indian families are unaware of the laws or don’t bother following them.

Social strata also have a crucial role in discrimination against women. Discrimination is that evil force that a girl helplessly lives with. It haunts them through every single phase of their life.

Did you know that women continue to lag in education in rural parts of India compared to boys? The political data also shows that a more significant number of girls drop out of schools compared to boys. On the contrary, women living in the urban side of India seem to be flourishing in the educational sector.

While technology has helped make lives better for Indian women, there is still a long way. Selective abortion has become so normalized that law enforcement doesn’t see a need to take action against it. About 15.6 million abortions take place every year in India. Due to unsafe abortion, approximately 13 women die daily. The status of women in India is sometimes abysmal.

Discrimination as an Infant or Child

Discrimination of a female infant leading to female foeticide and abandonment is relatively high. Children are not being provided with the necessary care, including food, shelter, and education. As a result, these children suffer from malnutrition which could cause anemia and low weight.

The undeniable power of patriarchy leads to a decrease in the number of girls per 1000 children. Not a lot of women are allowed to make it to the university. However, the search for justice is increasing day by day.

Status of Women in India and The Tradition of Dowry

In 1961, the act of receiving and giving dowry was considered illegal. However, due to a lack of fear for law enforcement, people still indulge in the action. Dowry practices still prevail in almost every marriage.

Every religion and culture follows the age-old dowry tradition from all states and nearly every caste. It is believed that it provides financial security for the newlywed couple. However, we know that that’s not the case.

Marriage is a beautiful bridge between two families, but dowry often makes this pious relationship unbearable. With the increasing population, the terms and conditions of the dowry are getting worse.

Customs and Traditions Play a Vital Role in Molding a Woman.

Work and women? Forget it. Although the Constitution of India has granted equal rights for men and women, factually, it never came into action. Statistics show that the rate of employment is lower in the case of women, a contributing factor for the current status of women in India.

Globally a woman’s role in society is only limited to household chores. Even today, women are highly dependent on men financially and emotionally. However, in today’s society, women are actively playing the role of working women and a homemaker.
Yet, a woman is never considered an asset to the family.

Status of Women in India after Marriage.

In India, a married woman is being treated like property handed to the husband, who is responsible for her parents’ happiness, support, health, and pride.

Women globally are objectified and considered sexual objects. Reports say that domestic violence towards women of any age is like a cultural practice now. In marriages, the most concerning practice, “forced sexual intercourse,” is considered legal in India. India is among the thirty-six countries that have not criminalized marital rape yet. The ignorance of law enforcement is depriving women of their fundamental rights as a human.

Always under the constant vigilance of in-laws, no contact with anyone, and no privacy, the status of women in India remains a concern. Many cannot work in offices due to societal pressure, and most of them are not granted their rights in property and land.

Women in India are barely given the freedom to express their views, as any disagreement disgrace her and her relatives. In 2019, cruelty by relatives and domestic abuse scored the highest in a survey conducted for violence or crime against women in India. Making a woman feel degraded represents only an inhumane and degraded mentality.

Unfortunately, thousands of women are subjected to violence, harassment, sexual abuse, and gender discrimination in India. In addition, thousands of them have lost their lives due to dowry. Although The Constitution of India has implemented punishment for dowry, a mere seven years’ imprisonment doesn’t seem to be effective.

Women should be able to participate in the law-making process for criminal acts against women. It is pretty discriminatory if they are not being offered such opportunities. Irrespective of the inequality and discrimination women face in India, we still have great examples of women’s empowerment, such as Indira Gandhi and Mother Teressa. Such astonishing women are why we strive hard to achieve equality and justice.

Can Indians Escape From its Toxic Cultural Practices and Traditions?

India remains a land of traditions and customs. However, some cultural practices and traditions have only acted as an obstacle to progression. Unless cultures and traditions evolve to accept new practices, the position of women in India isn’t going to get better.

For a change to happen in Indian society, people need to change their perspectives. Women should be given equal participation in work settings and national and international politics. While we see increased women’s involvement in urban cities, rural India still lags.

Study shows the rate of university goer women is less than the rate of school goers. The government must develop policies that allow women to complete their higher education. Alongside this, the government should spread awareness regarding education for women.

Support groups need to meet the needs of women. Men and women should be given equal access to all sectors of society to eradicate the root cause of discrimination.