In this climacteric time of a pandemic, Bollywood Industry has lost one of its finest actors, Irrfan Khan. He passed away at the age of 53, at Kokilaben Dhirubhai Ambani Hospital and Medical Research Institute, Mumbai, Maharashtra.

His mother, Sayeeda Begum had died at the age of  95 on the 25th of April, 2020, just four days before Irrfan’s death. According to reports, the actor was admitted to the hospital due to colon infection. 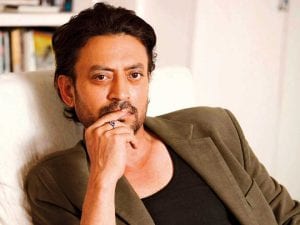 Sahabzade Irrfan Ali Khan had started his career in the Indian television industry with various serials including, Chanakya, Chandrakanta, Sparsh and many more.

He then got his first film in 1988, a Hindi-drama film ‘Salaam Bombay’, directed and written by Mira Nair. ‘Salaam Bombay’ was nominated for Academy Awards for Best Foreign language film. After that Irrfan Khan played a lot of unnoticed roles for the television industry.

Irrfan Khan became a known face for the world when director Asif Kapadia signed him as the lead character in ‘The Warrior ’, which extended to the International Film Festival.

In the year 2004, Irrfan Khan played the role of Miyan Maqbool, of Vishal Bhardwaj’s movie ‘Maqbool ‘, which is an adaptation of Sir William Shakespeare’s ‘Macbeth’. 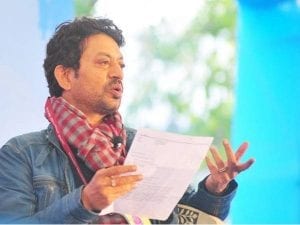 Actor Konkona Sen Sharma who was the lady in Monty’s life, said:

Actor Shilpa Shetty, who was also in the movie with Irrfan Khan, in her Twitter handle said: 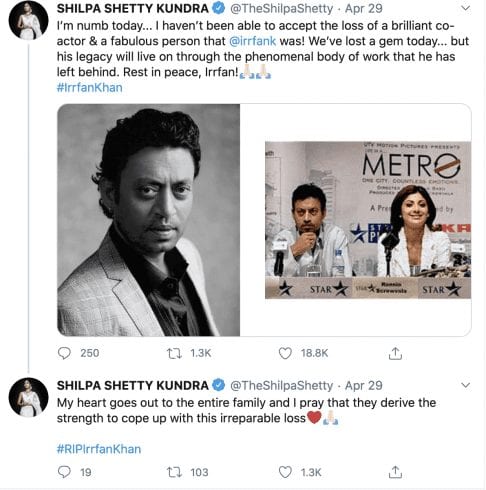 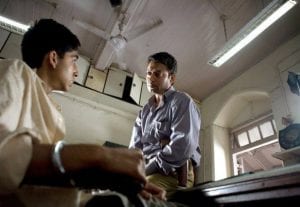 Irrfan Khan also played in the movie ‘Slumdog Millionaire’ and director Danny Boyle had remarked about Irrfan Khan saying “he is an athlete who can perform the same move, perfectly over and over again. It’s beautiful to watch”.

Actor Anil Kapoor who shared the same screen with him in ‘Slumdog Millionaire’ has written: 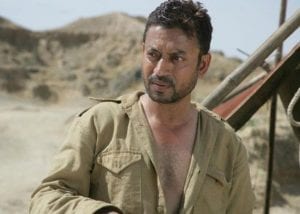 In the year 2012, Irrfan Khan played the role of Paan Singh Tomar, a soldier of the Indian army who was forced to be a dacoit due to the system of discrimination in class. In the same year, the film won the award of Best Feature Film and Best Actor in the 60th National Film Awards. The director of the movie Tigmanshu Dhulia and director Vishal Bhardwaj was with Irrfan Khan at his last journey at 3 pm in Versova Kabristan.

In the same year, Irrfan Khan played the role of adult Pi, in the adventure drama film of director Ang Lee, ‘Life of Pi’.

In the year 2013, Irrfan Khan was starred in Ritesh Batra’s movie ‘The Lunchbox”. The movie won the award of Grand Rail d’Or at the Cannes Film Festival. 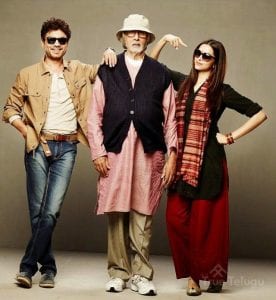 In the year 2015,  Irrfan Khan played the lead role in Shoojit Sircar’s movie ‘Piku’ with two of the finest actors in the Bollywood film industry, Deepika Padukone and Amitabh Bachchan. Amitabh Bachchan mourned in his twitter handle saying, 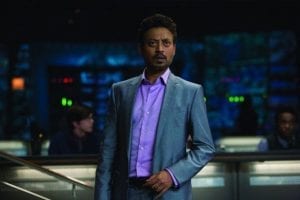 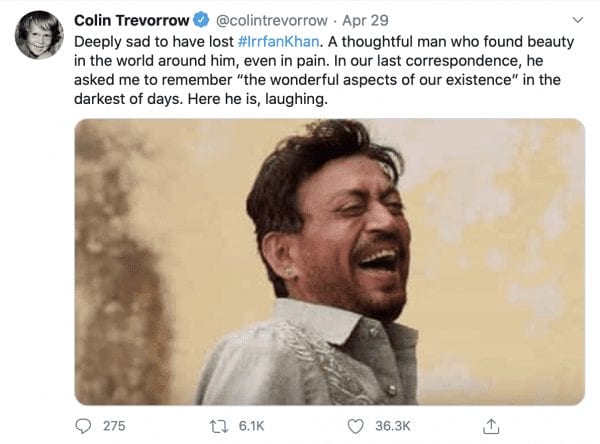 He was also seen in the same screen with Tom Hanks, in the adaptation of Dan Brown’s Robert Langdon thriller ‘Inferno’. 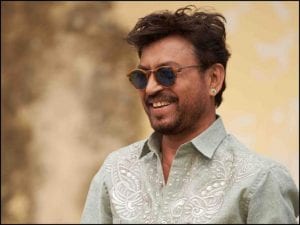 In 2020, he appeared in Angrezi Medium by Homi Adajania. This movie had released on 13th March 2020. This is, unfortunately, the last movie of one of the best actors of the Indian Film Industry, Irrfan Khan.

About the movie, Actor Irrfan Khan had said:

“This film Angrezi medium is very special for me. I so truly wanted to promote this film with the same love with which we have made it. But there are some unwanted guests in my body…

Whatever happens, I will share it with you all. And with this positivity, we made this film. I hope it will give you something and make you laugh, cry and probably laugh again. Enjoy the trailer and be kind to each other and watch the film. And yes, wait for me”.

Those last words strike a chord in our hearts. Truth is, we will always keep on waiting for Irrfan Khan. He will not be present in a human form any longer, but he will be alive in the millions of hearts of his immensely big fanbase.

Here below is our tribute to someone who was a star both on and off screen.

Share
Facebook
Previous articleCalling on Spirits for Help: The Guide
Next articleList of Superstitious Beliefs in India: The Top 15 Strange Things