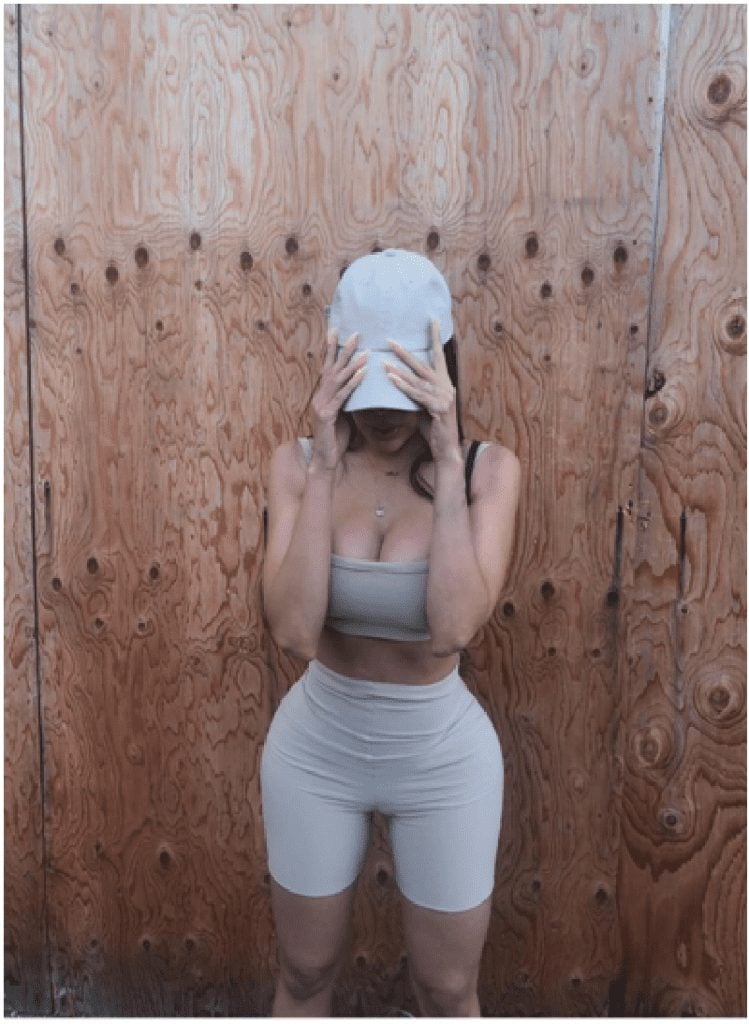 While the mega star is no stranger to some more salacious looks across her social media, husband Kanye West is now using Lela Star to stand in for his busty wife.

Lela Star is a diminutive 5’1” Florida native, from Cuban descent. Despite her tiny frame, Star has had multiple surgeries that have endowed her with a similar bust and booty to Kim K. She denies undergoing the surgeries with the express purpose of looking like the reality tv star, but the resemblance is uncanny. Star is a quick to stardom porn goddess, who got her start in 2006. Now, Lela Star videos can be found all over the internet and come in as some of the top requested. This was even before Kanye’s new ads had Star, along with other well know internet stars, posing with his new Yeezy sneakers on.

This charismatic approach to the eroticism is evident not only in her videos but can be easily seen in all her magazine spreads as well. While the star unquestionably exudes a steamy aura, she also comes across as playful, and seems to genuinely enjoy the lusty attention. Which is one of the reasons she seems to so closely embody Kim Kardashian’s naughty demeanor. Let alone her famously swollen booty.

Lela has found herself in two of the rappers turned mogel ad campaigns now. The first was a campaign where celebrities (including Kim’s bestie and fellow style icon: Paris Hilton) are made to look like the queen Kardashian herself. Following that, Kanye again selected Lela to appear in another Yeezy advertisement that had celebrities and internet sensations posing fully nude, not a stitch of clothing- unless you count his pale yellow Supermoon Desert Rat shoe collection.