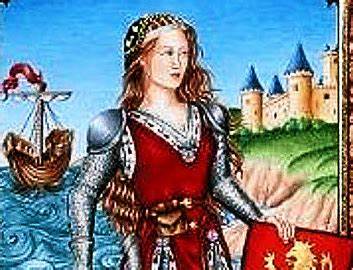 The Lioness of Brittany is a woman who has been talked about for years and decades now. She was born in 1300 to a nobleman named Maurice IV Montaigu in Belleville-sur-Vie. Her name is Jeanne de Clisson. Jeanne never knew what life had in store for her or that she would be called the Lioness of Brittany later in life.

When Jeanne turned 12, she married Geoffrey de Chateaubriant VIII, who died after fourteen years of their marriage, leaving Jeanne with two children. With two young children to take care of in her hands, she married soon after. In 1328, two years after her first husband’s demise, Jeanne married the son of Duke of Britany, the Guy of Penthievre. This marriage was short-lived, as members of the Ducal family, from the Blois faction, feared that their heritage would be lost. They filed a complaint with the Bishops of Vannes and Rennes, and within two years of the marriage, it was annulled by Pope John XXII in 1330.

Jeanne was still left with two children to take care of, yet nobody to ask help from. It was not easy to be a single mother, even in the fourteenth century. That is the time when she found Oliver de Clisson IV. 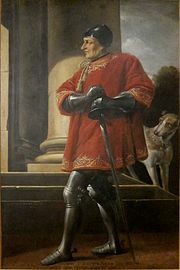 Oliver de Clisson IV held a castle in Clisson, a manor house in Nantes, and lands at Blain. He was a wealthy Breton, and Jeanne found the purpose of her life after building this family. She was happy to assist her husband in taking care of the lands and his assets. They were the Seigneurial power in Marches in France, which means that he was the area’s senior lord. Jeanne and Oliver were a happy couple, and they eventually had five children: Isabeau, Maurice, Oliver V, Guillaume, and Jeanne. Out of these, Guillaume died due to exposure to the harsh climate at a very young age. Oliver V went on to be the successor of Oliver IV.

Jeanne’s beloved husband chose to serve the King of France in the Breton War of succession by being the Military Commander when the English besieged the city of Vannes in 1342. Little did Jeanne know that this incident could be the reason she would be wronged, and her vengeance is written about and talked about for decades to come. Jeanne was just a happily married wife and mother at this point. This was the onset of her being known as the Lioness of Brittany.

In the war, the husband of the Lioness of Brittany, Oliver IV, was imprisoned by the English. He was captured as a prisoner of war. However, he was returned for a relatively low value of ransom where a prisoner of war of both provinces was exchanged. Jeanne could not be happier, but little did she know that this was the last happy moment in her life.

The king of France, Philip VI, and his advisors were rather suspicious about poor Oliver IV’s allegiance to his country. Their theory was that Oliver had built up a conspiracy with King Edward III.

After the peace treaty was signed, the Lioness of Brittany thought her problems ended here.

Oliver IV was called to Paris for the tournament. Oliver, a true patriot, just followed his king’s orders and reached there to find himself imprisoned by his countrymen. Before acknowledging the family of providing Oliver IV a right for a fair trial, the King executed him. His body was subjected to humiliation even after his death. Charles de Blois was the one who alleged this on Oliver IV. 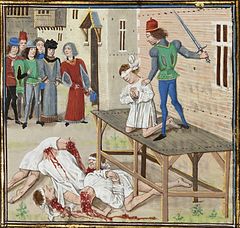 This incident shook the nobility at that time because the right to a fair trial was never given. The evidence of Oliver being guilty was never made public. Neither did the French exposed a body of a nobleman the way they did to Oliver IV.

The Lioness of Brittany took her two sons to show them the face of their father, which was piked in the Sauvetout gate. An enraged Jeanne swore Oliver V and his brother Guillaume that their father’s death will be avenged.

Becoming The Lioness of Brittany

Jeanne sold the de Clisson estates to raise funds to build an army. After gathering these loyal men who became her army, she attacked three places and left one individual alive to spread the word of her fierceness.

Jeanne outfitted three warships, which she named “My revenge.” This was done with the help of the English King and Breton sympathizers. Her Black Fleet killed the entire crew of French ships, leaving only a few to tell the stories of her vengeance. After this, Jeanne would be called The Lioness of Brittany. Jeanne continued to patrol through the English Channel and hunt down French ships for another thirteen years. 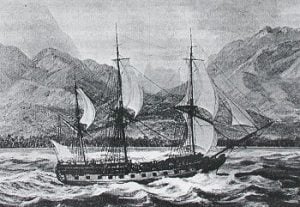 In 1346, the Lioness of Brittany used her flagship to supply the English forces. After the sinking of her ship, Jeanne was adrift for five days. Due to the harsh weather conditions, cold and heavy winds, she lost one of her sons, Guillaume. Even when witnessing her own son’s death, Lioness of Brittany continued to row to safeguard her other son. Montfort suppliers rescued Jeanne in Morlaix with her only remaining son, Oliver V.

Jeanne married Walter Bentley in 1356. He was a very reputed military deputy serving for King Edward III and known for winning wars and was gifted with lands and castles. She finally settled in Hennebont three years after the marriage in 1359.

The story of Lioness of Brittany spread through England and France, and she was unstoppable till the day she put down her arms. We have several memoirs with Jeanne’s name illustrated, and there is plenty of evidence that she became a pirate due to injustice towards her husband by the king of France. They all warn us about the anger of a woman when she is wronged. It is difficult to forget the Fierceness of Lioness of Brittany to date!

To learn about some other famous people in history, you can read this article.