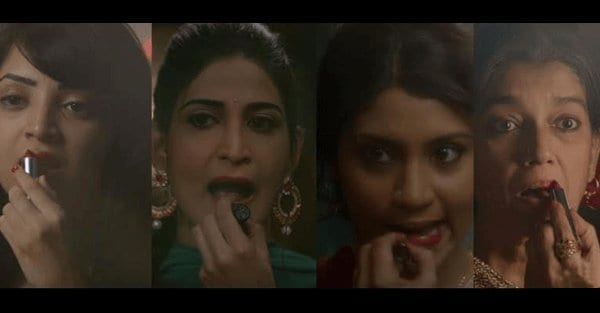 ‘Lipstick Under My Burkha’, which is slated to finally launch in India on July 21, after getting the censor cut initially, has won more than ten international awards.

And there is more to come.

Hollywood Foreign Press Association, the organization that administers the Golden globe, made an announcement that the movie is eligible for the golden globes awards scheduled for January 2018. The movie also had the honor of being the opening night screening at the Indian Film Festival of Los Angeles held from 5th to 9th April, and the movie is also scheduled to screen at the opening of New York Indian Film Festival later this month.

The film in the past has also premiered at the Tokyo film festival and Mumbai Film Festival and bagged the awards for ‘Spirit of Asia’ and the Oxfam award for the best film on gender equality.

Banned from releasing back home… till now However,  even after so many prestigious honors and encouraging reviews the future of the film back home stays in ambiguity.  The movie could not get the acceptance and the permission to be released in India as the Central Board Of Film Certification denied to certified the movie, claiming that the movie is too “lady Oriented”, and nobody has a clue what being too lady oriented means; as a result of the refusal of CBFC for certification the movie is not able to release in the theatres and the team of the movie is fighting very hard to validate the survival of the movie.

The fight for survival The movie, Lipstick Under My Burkha is produced by Prakash Jha and stars Sushant Singh, Vikrant Massey, and more. The movie revolves around four women and tells the story of their life and self-discovery.

The first trailer for the movie was released on 14th October 2016 and subsequently, in the beginning of 2017, the movie did not receive the certification by the Central Board Of Film Certification. Now, finally, we can watch the movie next month in July!