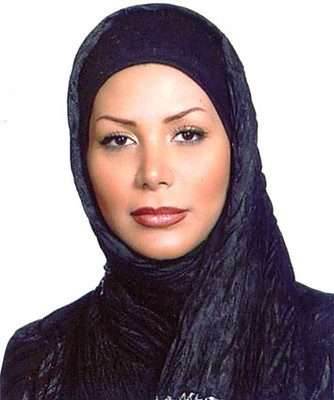 Journalists are bestowed with titles to the tune of “Watchdogs of Society,” “The Fourth Estate,” and are easily one of the primary facets of Democracy. While it is true that they provide the Mango Man with a voice on a national platform, there have been times when they have turned against the very ones they are responsible for. Here are a few cases of lives the media has ruined by excessive and exaggerated reporting of criminal trials:

In 2007, Knox was charged with the murder of her roommate in Italy, where the two young women were studying and shared a house with 2 others. The roommate, Meredith Kercher, was found dead with three cut marks on her throat and signs of sexual assault on her body.

Even before they started trials, the Italian media painted Knox negatively in what many have termed a “Character Assassination.” British tabloids and American news agencies soon joined the media circus. The result of this was a polarised image of Knox. While some media houses painted her as a cold-hearted, manipulative nymphomaniac, others portrayed her as a warm-hearted and concerned friend, shattered over the loss of her roommate.

When the criminal trial was ongoing, there was a parallel trial by the media on Twitter. She was named “Foxy Knoxy” by the media. To the British media, she was a manipulator who used sex, while in the American media, there was a PR firm and her family to manage her public image closely!

Knox was sentenced to 26 years in prison, but she was released after serving 4 years.

Soltani is perhaps the most ridiculous yet immensely aggravating case. A woman whose life was ruined overnight because of the media’s carelessness. In 2009, Iran was lit up with protests in response to rigged presidential elections. Police opened fire on protesters, killing Neda Agha-Soltan, a woman who was not a protester but was alighting from a car nearby.

She became the symbol of anger throughout the world, like Katniss from Hunger Games, only it was not her. Western media ran a quick Facebook search and assumed the woman was Neda Soltani, the only resemblance being the first name and that both women wore headscarves. Neda was a perfectly alive schoolteacher. She realized what had happened after friends and relatives told her she was all over CNN. Soon, her face was on billboards and placards and just about everywhere. Hunted by the Iranian government for absolutely no fault of hers, she had to buy her escape from the country, ending up in a German refugee camp.

The case of Casey Anthony, a mother accused of murdering her 3-year-old daughter, was named “Social Media Trial of the Century” by Time magazine. A journalist called Grace on the channel HNL heralded this story. Soon, it was on almost all the channels, with many others joining the club.

Grace called Anthony a “tot mom,” and allegations about her being a bad mother who liked to party instead were flung. Media reportings reached such a level that people were infuriated when Anthony was granted bail. HNL’s ratings reached a high, and other news channels immediately jumped onto the bandwagon, names such as Fox News and CNN. Speculations about the reason for this Media interest were many, one being the novel-like thrill of an unsolved murder. “Legal experts” on news channels declared Anthony to be the murderer before she was given a day in court, enraging the defense.

A recent case in our country would be Jasleen Kaur and Social Media. Kaur, a DU student, posted a picture of a man on social media alleging that he had hurled obscenities at her at a traffic signal, then challenged her to do something about it. The post spread like wildfire, and soon everyone had their wisdom to share with words like “Patriarchy” and “Objectification” infused for good measure.

Arvind Kejriwal offered her support in addition to all the uproar on social media. This happened before a police questioning could take place. While it may be true that the man did indeed do what he was accused of, the media’s trial does not allow for a chance for legalities to be followed. Ultimately, a strong public perception is formed, usually favoring one party, botching up the investigation.

Best, a Canadian politician, was on a paid medical trip. A journalist found a photo of her vacationing with her friend in a Mexican resort while surfing Facebook. The journalist of Star immediately jumped to conclude that she was vacationing with tax payer’s money and published the story to outrage. They did not bother checking with Best for comment, pushing ahead the story that she had faked illness. If they had, they would have known that the photo was at least 5 years old. After the fiasco, they had to publish a front-page apology, stating that the editor had not made an effort to recheck Best’s photo.

The media holds tremendous power; we as the audience should always be careful about what we see and hear from them and then make calculated decisions. Our opinions and voice matter, and it is in our hands to use them carefully for the better of the world.