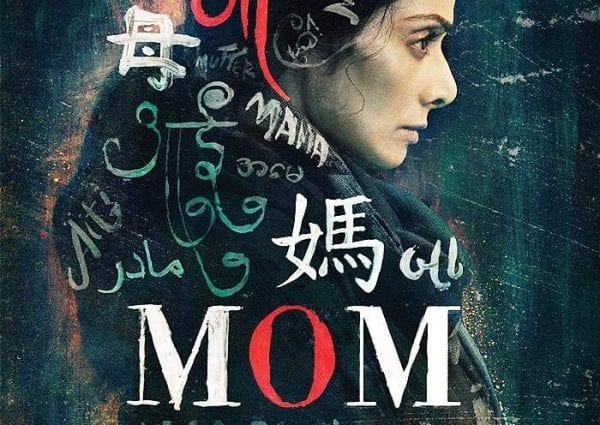 ‘Mom‘ circles the issue of sexual assault on the young female population of the country (focussing mainly on the capital city) and the frustration that is the judicial system, reminding us of the Nirbhaya case again.
Devki Sabarwal, portrayed by Sridevi, plays a strict-when-necessary biology teacher at her step daughter’s school. Arya (played by Sajal Ali) has a hard time accepting Devki as her mother because “A child can always enter a mother’s life but a mother cannot enter a child’s.” Devki, however, keeps trying to reach out to her and yearns for Arya’s Love.
The film takes a sharp turn when Arya goes to a party at a farmhouse on Valentine’s day but is gang-raped, assaulted and left to die in a sewer.
The scene is extremely well directed with an amazing soundtrack where an SUV drives around the deserted streets of Delhi, stops midway when the doors to a rear seat and the driver’s seat open, showing two men switch places and begin driving again. Not a single shot of the assault scene has featured Sajal Ali but a chill ran down my spine when the scene and the music began. What’s good about the scene is it send the message of what would have happened in the car but does not titillate the audience like other cliche Bollywood movies. In turn, it earns the sympathy of the audience for the victim.
She is discovered by a morning jogger and rushed to the hospital. Her case is heard in the fast track court, however, alcohol in her system and lack of other evidence (conveniently erased by the accused) cause the verdict to favour the suspects, who are declared Not guilty by the court. This shocks Arya and widens the gap between her and Devki as she blames Devki for the assault. Arya shuts out everyone, unable to deal with the injustice, but Devki plans to avenge her daughter and punish the rapists with the help of DK (played by Nawazuddin Siddiqui), a private detective when the law does not seem helpful.
The first half of Sridevi-starrer impresses us with her acting skills where her cries and screams turn your feet cold and you can actually feel what she is going through. Sajal Ali completely captures the essence of a victim’s agony, trauma and the effect of injustice served by the judicial system with her Bollywood debut. Adnan Siddiqui plays a father who isn’t willing to lose hope and continues fighting for justice, playing his part with the same interest and poise.
Nawazuddin Siddiqui, however, steals the show for me. Despite playing a sparsely haired and shady yet low-key sharp Daryaganj detective DK, Nawazuddin Siddiqui’s skills outshone other supporting roles and even Sridevi’s. All he had to do was look at his daughter, and we all knew his stance on the matter. Being a parent, he sympathises with Devki and promises to help her in any way possible. Akshaye Khanna plays a no nonsense detective in crime branch investigating Arya’s case, but despite good acting, his lack of onscreen time makes it hard to judge his role in the film, whether it’s crucial or not.
Sridevi portrayed a perfect mother-in-emotional-turmoil where she gave her all, but the second half of the film was too Sridevi oriented. As much as I loved English Vinglish, Sridevi could only carry the weight of the movie to a limit, which led to an underwhelming second half. The movie could have been made a more interesting crime revenge by giving more screen time to supporting actors like Nawazuddin Siddiqui and Akshaye Khanna, and show their aspect of the situation rather than focussing only on Devki’s.
However since the movie is named “MOM”, its focus on Devki’s role is justified.
The drama, though playing the cliched revenge story, keeps it realistic when Sridevi avenges her daughter using her brains and not physical strength because this movie would have only faced downfall had Devki hit the gym and buffed up to fight the accused.
Going out of the way to punish the accused still adds an unrealistic element to the movie, but that’s what provides an opportunity for Devki to prove her strength and love for Arya.
The movie lacks a good build up to the bit predictive climax, however, it is successful in keeping the audience engaged and serves the purpose of giving what the audience wants, punishment to the accused, justice to the survivor, and eternal love of a Mother.
I would rate this movie 4/5 for Sridevi and Nawazuddin Siddiqui’s flawless acting and expressive emotions.