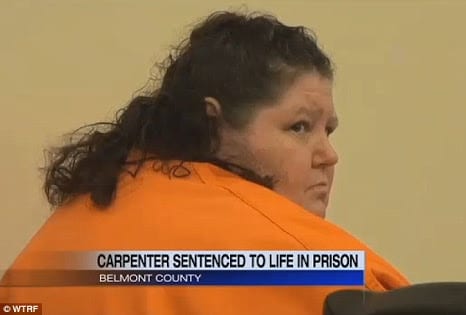 Human beings are messed up. If there’s one thing our colossally messed up race has learned in its thousands of years of a messed up existence, human beings are sufficiently messed up. We have our set of rules for the moral thing that we can do in a relationship. We have our idea of crimes against nature, and we have our ideas of what ‘humane’ and we have those ideas, those rules that form the basic basis for fundamental human rights -for good reasons.

We have these ideas and rules simply in the hope that our colossally messed up race doesn’t have a mother arranging for her 12-year-old daughter to get raped.

However, the New Year started with the shocking reports of an Ohio mother arranging for her daughter to get violated in the worst possible way.

Just when we thought Twilight was the most messed up love triangle known to us.

Things 2016 is teaching me: A mother forcing her daughter into intercourse with her deviant boyfriend is a lot worse than a teenager choosing between a corpse and a smelly dog.

A Belmont County court put Carpenter on trial and heard of how Carpenter pinned her daughter and held her down as her 37- year old boyfriend raped the poor girl on multiple occasions, as reported by local media. The number of times he committed the crime or when the abuse began is unclear.

Prosecutor Dan Dry told the media, “She reported it to a relative that her mom’s boyfriend had been abusing her for the last two weeks.”And then we get the real kicker.

“Multiple counts of rape committed by the male, and at least one incident of rape where the mom of the child actually physically held the child down to assist this male.”

Carpenter was dealt the lenient punishment of life imprisonment after she pleaded guilty to one count of complicity to commit rape, two counts of permitting child abuse, one count of endangering a child, and one count of obstructing official business. She’ll get her shot at parole in 20 years and will also have to register as a tier 3 sex offender for the rest of her life.

And what of the rapist, you ask? In November, Kirksey was sentenced to life terms by Judge Frank Fregiato, who also sentenced Carpenter. Aptly calling it a “crime against nature,” he added,

“If a 12- year old girl cannot trust her mother to love and protect her, who in this world can she ever trust? She certainly wouldn’t expect her mother to be assisting in the rape.”

When I was 12, my mom and I had this massive argument over my (and I still maintain this) irrationally early curfew. I remember wondering what I’d done to end up with her. Now, more than a couple of years later, we still argue over the same things. Maturity’s hit us hard, you see. But as clichéd as this sounds, I am lucky to have a mother who cares about my general well-being and fortunately doesn’t assist in me being sexually assaulted.

I think it’s safe to say that what Carpenter did is enough to have us hate humanity, to have us turn into well… 21st-century Nihilists. But on the other hand, a mother nagging her daughter to return home safe and early for a warm dinner can maybe, just maybe, help tip the scales a little? Maybe it’s the fact that we all need a little optimism at the start of the New Year, or maybe it’s the fact that I want to believe that the girl will have someone nagging her to come home early and ensure her safety. I mean, I got a person like that, and I really wish she had that too.