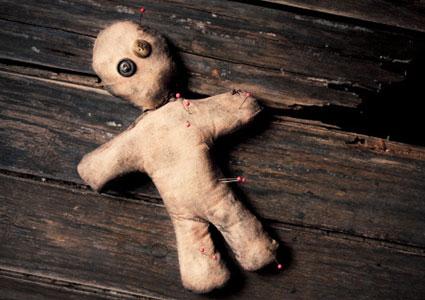 Since the dawn of human civilization, performing various religious rituals has become an inseparable part of human life. While some rituals include something as simple as being silent for a day, other rituals practiced among a few people can be extremely brutal and violent.

Here are the 10 most absurd rituals observed in various countries worldwide that will give you nightmares for the rest of the year. 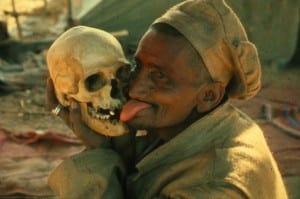 The Aghori babas, living in Varanasi, India, are well known for feeding on the dead. According to their beliefs, the greatest fear of human beings is the fear of their own demise and that this fright is a barrier to spiritual nirvana. So, by confronting it, one can achieve spiritual enlightenment.

According to Hinduism, there are 5 kinds of people who cannot be cremated. The holy men, children, pregnant or unmarried women, and people who have become victims of leprosy and snake bites. Therefore, their corpses are made to set afloat down the mighty Ganges, where the Aghori babas pull them out of the river and ritually consume them. 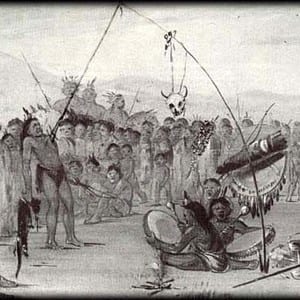 The Sundance is a predominant ritual practiced by a group of tribal people living in the lands of America and Canada. Typically, this ritual is an agonizing experience for the participants. As per this ritual, young men dance around a pole to which they are fastened by “rawhide thongs pegged through the skin of their chests.” The primary objective behind this insanity is to offer personal sacrifice to benefit one’s family and community.

To memorialize the martyrdom of Imam Hussein, the grandson of Prophet Mohammad, followers of the Shia sect of Islam carry out this insane ritual of mass flagellation every year during the holy month of Muharram. This ritual is practiced in many countries worldwide, including India, Pakistan, Iraq, and Australia. In what can only be described as a gruesome display, the men whip their bodies with blades. In their state of religious trance, they apparently do not feel any physical pain. 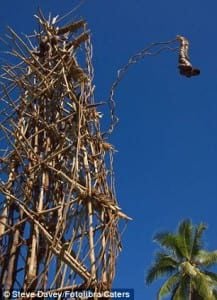 A kind of precursor to bungee jumping, land diving is a strange ritual performed by the adrenaline junkies of Bunlap village, which lies on an island in the Pacific archipelago. Tribal daredevils are just inches from death during this bizarre bungee jumping. Land diving is done without any safety equipment as the men jump off wooden towers with tree wines wrapped around the ankles. The divers cross their arms during the dive to sustain the least injury. As per the villagers’ beliefs, a good dive ensures a bountiful yam harvest and can enhance the health of the divers.

*I’m certainly not brave enough to do the jump, not even from the lowest height.* 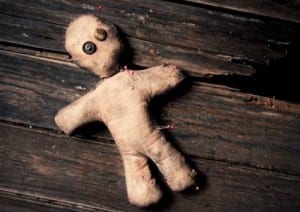 Voodoo possession is a ritual followed by the people of West Africa. The word Voodoo means spirit. According to scholars, Voodoo is a way of life. The possession of an individual by a spirit is considered a sacred act for the participants. They remain in the state of unconsciousness for 3 days until they are brought back to consciousness after another set of rituals. 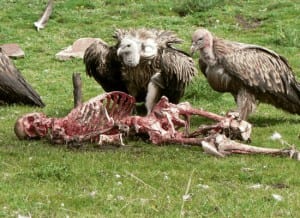 In Tibet, Buddhists carry out this strange sacred ritual called sky burial. Buddhists believe in the cycle of reincarnation, which means that there is no need to preserve the corpse since the soul has fled to another domain. Therefore, the bodies of the dead are taken to open grounds at high altitudes and then left as a charity for scavengers such as vultures. The body is ripped into pieces and is spread around to be devoured. 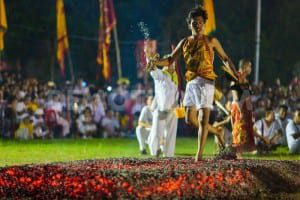 Thimithi is a Hindu fire-walking ritual carried out as a religious vow in which the faithful walk across white-hot coals in exchange for a wish or blessing from the Goddess Draupadi. Hundreds of devotees walk over the fire, sometimes carrying deities across in a daring display.

3. Dancing with the dead 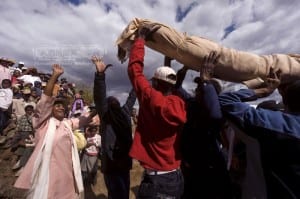 Famadihana, meaning “turning of the bones,” is a unique ritual carried out by the Malagasy people of Madagascar to commemorate the deceased. It is a festival celebrated every 7 years, during which family crypts are opened up, and the remains of the dead are brought out to be wrapped in a new shroud. The Malagasy then dance with the corpses in great joy.

Phuket, the economic heart of Thailand, is a host to the most violent ritual called the annual vegetarian festival. This intensely masochistic event requires the participants to force spears, knives, swords, and even guns through their cheeks. Devotees perform painful rituals believing it will banish evil. 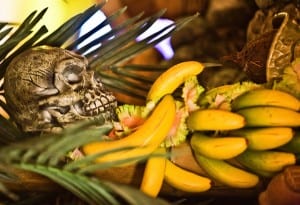 The Amazonian tribe of Yanomami is famous for following this strange ritual of death rites. According to them, death is not a natural phenomenon. After the corpse is cremated, the resulting ashes are mixed with fermented banana. This mixture is then put forward to consumption by the tribespeople to make sure that the spirit of the deceased member continues to live among them.

Which one do you think is the weirdest and the creepiest of all? 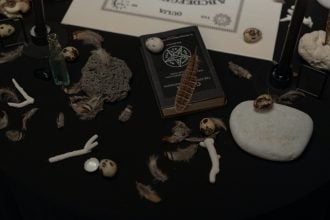