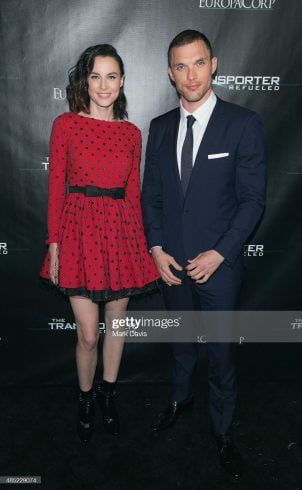 At least, this reboot of the Transporter franchise should do some wonders for Audi sales, not to mention car safety. It is good advice because The Transporter Refueled is a film full of potholes. Each passenger who sets foot in the output deceived, gleaming German car driven by the main character holds the seat belt immediately.

Arriving seven years after the last of the original trilogy, starring Jason Statham, this latest version, inexplicably set in 2010, has a younger, lighter Frank Martin played by Ed Skrein (Game of Thrones). It is a natural decline, not only in physical terms.

Martin moves well and has the requisite good looks on ready models, well-maintained stubble and gruff, a booming voice that makes the personified machismo. But compared to its predecessor, it seriously lacks charisma, is monotonous and performance without rest stops accelerating the engine of the film.

Camille Delamarre, the film director, is still inexperienced and unprofessional. Ed Skrein takes as its Transporter (the original Daario Naharis) and finds his first mistake. Ed is still learning how to act or emote and, most importantly, to learn to be aggressive in the stunts.

In the movie, The Transporter Refueled, acrobatics look pretentious and amateurish. Collect four pretty women on a spree of theft, ex-escort girls now out for revenge against their former teacher. None of them can act. Frank Martin is trapped in doing their bidding as Senior Frank (Ray Stevenson) is held hostage.

Ray is the only man in the film who even tries to act out his emotions. You’ll like Ray’s presence in the movie. But as the ladies and risks, Frank dodges and alternately work against each other while being pursued by the cops, in some sequences of high shares of adrenaline in elegant Audis, you’ll realize that someone is calling your Attention – boredom.

The plot is fragile and has many holes. The action sequences are slow, especially compared with other recent action films like Fast and Furious or IM. You really cannot relate to the girls or their desire for revenge, and the end is rather silly and convenient and makes you shiver even more.

The overall movie is not all that bad. The fight scenes have the same ferocity as the previous installments, but the set pieces left us feeling unsatisfied. There are some cheesy performances (especially the sisters), and the dialogue is bland primarily (aside from exchanges between Frank and his father). Only the most die-hard Transporter fans should watch this, and other viewers should wait and watch it on the TV instead.

Comment down below your favorite action sequence from The Transporter Refueled.