Have you tried Nori Sushi? If no, then it is something worth trying, and gathering some knowledge along the way won’t do any harm.

Sushi is one major hit dish from Japanese cuisine, and those who live in other parts of the world must have tried or at least given a thought to sushi.  It’s a delicious Japanese dish that has people drooling over the thought of it.

But then enters Nori Sushi in the dish, and people may have tried it without even having an idea about the outer wrap around the sushi called Nori. For your basic knowledge, you should know that it is an alga that grows in the sea.

So, take a moment and read about Nori Sushi, and then you can call yourself a knowledgeable foodie.

Let’s understand what exactly a nori is? Nori is seaweed in simple terms. Nori in the most general sense is an edible plant type that grows in the sea water. Nori comes from the Red Algae species, but the taste of it is quite strong and has the capacity to stand apart when eaten.

Nori is used actively in Japan and is used in lots of other dishes apart from Nori Sushi. It is used for wrapping the items as the appearance is similar to a sheet. Nori is generally sold in the form of dried sheets in the local markets of Japan.

Making a Nori Sheet is similar to making Paper, and these are locally available in any grocery store in Japan. The nori sheets have a good moisture-absorbing capacity; hence its storage and shelf-life are not very long.

Although you can find Nori sheets in a raw or toasted form, the recommended form is always the plain or raw form because you have the option of adding flavors to it. The fun thing about Nori sheets is that apart from being used in making Nori sushi or wrap, it can be eaten as a snack or used for garnishing as well. Nori has been a part of Japanese culture since the 8th century, as in several scriptures from the past has mentioned Nori is one or the other form, leading it to a cion that it is one ancient food item that has remained alive in today’s time as well.

Nori sushi and other food items made from this seaweed have always been recognized as a common food item. Nori was consumed in the form of a paste. Later, with innovation and technology, people tried to experiment and convert the seaweed into a sheet, using the Japanese paper-making method.

This Japanese food item Nori received its first recognition in the world in 1796 when an English publication mentioned it in one of their books.  During World War II, the world faced a food shortage, and Japan faced a shortage of Nori sheets.

The process of making Nori sheets required three staged cycle and due to lack of local people. The nori industry was about to see a downfall, then a British woman rose out as a Messiha, and her methods were adopted by the Japanese scientists and implemented. Later on, scientists were successful in saving the nori industry of Japan.

The female researcher who helped save the nori industry has been saluted with the title of ‘The mother of the sea’ and a statue erected in her memory. Nori sheets are popular ingredients in the United States and are imported from Japan, which is easily available in Asian stores of America. It is believed that the process of making nori sheets is an advanced form of agriculture. The process begins with farming, which takes place underwater, the Pyropia plants are grown on a net that remains hanging in the middle of the sea, and the nets are placed with boats’ help.

The nori seaweed is grown at a depth of 25 feet under the sea. The seaweeds are later rack dried and pressed to form a thin paper-like texture, and it turns into a dark green sheet.

The harvest doesn’t take a long time, as it only requires 45 days, and the best part is multiple harvests can be done from just one seeding, and it continues growing at an interval of ten days. The wheat harvest is done using automatic mechanical devices; now, the devices have been upgraded with time.

One thing about Japan makes it one ideal country in the world, and hence you will find the nori sheets are sold in the market in an exact measurement that weighs 3 grams each, and in the dimension of 18×20 cm.

You can find different types of Nori sheets in America and are available in different price ranges.  Japan has been the leading producer of Nori globally, and after it, China follows the steps. The Nori sheets industry produces nori of around $2 billion every year!

4. Nori sushi and other dishes! Nori sheets are mostly used in making nori sushi, but there are other ways of using these sheets as well. Nori sushi is the pride of Japanese cuisine and a crowned food item in the world of seafood.

It is believed to be one of the most authentic and fresh seafood dishes you can eat and make your health.

You can experiment a lot with nori sushi, like adding different seafood and wrapping the rice in different flavored nori sheets. Yes, nori sushi can be available in different forms and flavors, but there are other uses of nori as well.

You can toast your nori sheets according to your taste. Just follow the steps carefully. All you need to do is add some oil on both sides of the sheet and roast it with tongs’ help over the burner, but be careful as it can easily catch fire.

This is the most effortless snack you can have in the evening, as the whole toasting process will only take up to 20 seconds. Just sprinkle some salt, and it’s ready.

You can even take a dip of nori sheets if there is nothing you can come up with and feel too lazy to make a wrap or nori sushi with it. Just grind the toasted nori sheets, some yogurt, vinegar, salt and pepper, and whatever you like. And it is ready for you to enjoy it with pita bread or sandwich.

In case you are feeling all energetic and ready to take challenges and want to try something different with the nori sheets, and no, we are not talking about nori sushi. Apart from nori sushi, you can try making nori tacos by frying the sheets in the taco shape and adding the fillings as you like.

The other options you have are making pork and nori meatballs and pairing it with congee, another beloved dish from Japanese cuisine.

5. Some not-so-common facts about Nori Sushi! Japanese cuisine has very healthy food items and dishes, and among them, one ingredient is the nori sheets. Nori sushi and any other items made from nori are very healthy and one of the best vitamins and minerals.

Eating nori can help you purify the blood, and consuming this seaweed daily can also help you have glowing skin. Nori soup is so beneficial that it is given to the mother after three weeks of giving birth to a baby in Korea. It is also good for babies as it contains much more calcium than milk.

Apart from all the benefits, nori is laden with vitamins A, B, C, D, E, and K, most of the vitamins are present in it on a lump sum. So if you have run out of all your vitamin pills, you can snack on nori sheets or nori sushi for compensating your body’s needs.

Nori is rich in folic acid and detoxification minerals like an antioxidant, which helps remove toxins from your body. It is full of protein and fiber, and it is best suggested that you consume nori daily or alternative days and try to introduce it in your everyday diet.

These were a few health benefits you should know about the Nori seaweed. You can read about nori sushi benefits in detail by clicking here!

7. Side effects of Nori Sushi

We have seen so far that nori sushi and nori sheets are very delicious and good for your health. Still, it is also important to know that it also has some side effects and toxin elements because it is a form of algae and grows underwater which could be harmful.

It is said you should consume nori but in a limited amount because the overuse of nori can be harmful to your health. Nori sushi has a lower amount of toxins, but if you consume nori in great quantity daily, then the arsenic and cadmium amount will increase two harmful toxins.

Nori can be an allergic food ingredient for many people as it contains amphipod allergens and can cause itching, sneezing and rashes, and other symptoms. It would be best if you consumed nori but in a limited amount and on alternate days.

Nori is a form of algae that is dried and consumed in Japan and has many health benefits. So the next time when you go out to try the nori sushi, you will have enough knowledge to stand out in the crowd and chances of impressing everyone.

Japan is one wonderful and beautiful country, and there is much more to explore, including its cuisine, culture, and places; you can read about it all by clicking here!

The Japanese culture has delicious gourmet that has surprised the world, and people from different regions are fans of nori sushi and many other types of sushi. You should also try Nori in other forms as well to have a distinctive taste of the seaweed.

This was an article on ‘Nori Sushi: 7 Amazing Things to Know!’. I hope you enjoyed reading the article and found it informative enough. Do you have your own personal favorite dish from Japanese Cuisine? If yes, please share through the comments below your personal favorites. 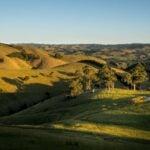