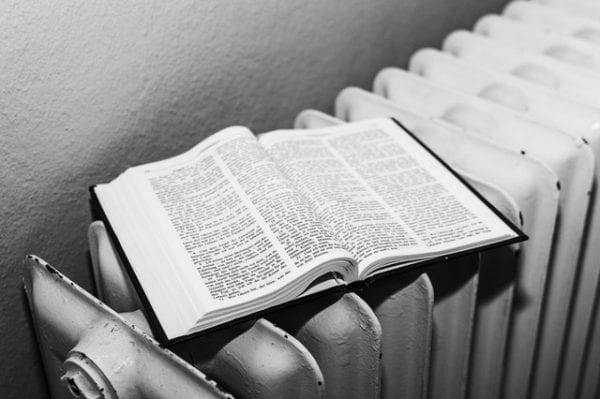 Religion is one of the significant aspects of human life since time immemorial. Religion has dictated most facets of humanity and has been the reason for war, peace, morality, sin, and more. While most of the world follows mainstream religions like Christianity, Islam, Hinduism, Buddhism, etc., there still exist certain religions that sound too crazy to be true!

Today, let us take you through the top 10 craziest religions in the world!

The most well-known among the 10 craziest religions, Scientology boasts of famous followers like Tom Cruise, John Travolta, and others. Created by American science fiction writer L. Ron Hubbard in 1952, Scientology claims that human beings are nothing but immortal spirits called thetans brought to Earth by a religious figure Xenu almost 75 million years ago. The thetans reside inside the human body and have been doing so for millions of years.

Scientology imparts supposedly spiritual teachings imparted at certain “levels” of initiation (called OT levels). The higher levels receive instructions that are kept a secret from those at lower levels. The main teachings of Scientology are borrowed from a self-help initiative of Hubbard called Dianetics.

Next on our list is another famous entry among the 10 craziest religions. Satanism is the worship of Satan, the Devil mentioned in the Bible. While people have been (rightly or wrongly) accused of worshipping Satan for centuries, Satanism as a legitimate religion started in 1966 with the establishment of the Church of Satan.

While primarily an American religion, Satanism has since spread worldwide, including Europe and Asia. While many Satanist groups have been accused of vile crimes, most remain uncorroborated and are mere hearsay.

This is one of the grimmest entries among the 10 craziest religions. The Church of Euthanasia, or the CoE, was started in 1991 by Chris Korda and Robert Kimberk in Massachusetts. The CoE aims to restore the balance between humans and other species on this planet. They believe that the only way to do so would be to reduce the human population by voluntary means drastically. Its four pillars are suicide, cannibalism, abortion, and sodomy.

With slogans like “Save the Planet, Kill Yourself,” “Eat a Queer Fetus for Jesus,” and “Thou Shalt not Procreate,” the CoE has been notoriously controversial and has had conflicts with Christian activists.

Possibly one of the funniest names among the 10 craziest religions, Happy Science was founded in 1986 by Japanese businessman Ryuho Okawa. Happy Science claims that there is one God whose name is El Carnate (which means “the beautiful land of light”), who was born on Earth 330 million years ago and was worshipped throughout history as Elohim, Odin, Buddha, etc. This religion claims that the latest iteration of this deity is Okawa himself.

Happy Science too is a  controversial religion in Japan, and Okawa’s son Hiroshi has claimed that what his “father does is complete nonsense.

Next on our list of the 10 craziest religions takes us to France, where French journalist Claude Vorilhon, who renamed himself as Rael, started Raelism in 1974. Vorilhon claimed that aliens named Elohim contacted him in 1974 and revealed divine teachings to him. He claimed that the Elohims are a green-skinned alien race that created humanity and lived on a planet outside our solar system.

Raelism is increasingly getting popular among the French-speaking world, and the estimated number of Raelians stands at around a hundred thousand. The Raelian movement has a women’s only group called the Order of Rael’s Angels, set up in 1998.

This is one of the most humourous entries among the 10 craziest religions. In the Vanuatian island of Tanna, there is a village named Yaohanen, where the Kastom people follow the Prince Philip Movement. This sect believes that the Duke of Edinburgh, Prince Philip, is a divine deity whose stories were had been told for generations among the people of Yaohanen.

This belief originated in the 1950s and became much more well-known when Prince Philip visited Vanuatu in 1974. Since then, the Prince has sent multiple signed photographs to the villagers who follow this movement.

The next entry on our list of 10 craziest religions takes us to Japan. The Aum Shinrikyo is a religious movement which was founded in 1984 by Shoko Asahara. Asahara declared himself as an incarnation of the Christ and claimed that he could take away the sins of his followers and bestow spiritual powers upon them.

Asahara claimed that there would be an onset of doomsday brought on by the actions of the United States, which included a third World War, which would eventually end humanity. He predicted that this would happen in 1997, after which only his followers would survive.

Aum Shinrikyo was labeled a terrorist organization in many countries after it attacked a Tokyo subway in 1995 using sarin gas and killed twelve people. In 2007, the group broke into two organizations known as Aleph and Hikari no Wa.

The second UFO-based religion in the list of 10 craziest beliefs, Universe People, has its origin in the Czech Republic. This religion, which also calls itself Cosmic People of Light Powers, was founded in the 1990s by Ivo A. Brenda. Brenda claimed to have direct contact with aliens orbiting the Earth. These aliens will save the followers of the Universe People and transfer them to an alternative dimension when the doomsday arrives.

Universe People are quite popular in both the Czech Republic and Slovakia, although most believe Brenda to be delusional and find his teachings absurdly humourous.

The next entry in our list of 10 craziest religions is Nuwaubianism, founded in the 1970s by Dwight York as an African American Muslim religion. Since then, York abandoned the Islamic connotation and took inspiration from the ancient Egyptian religion.

The cult is considered a hate group, primarily because of their belief that white people were originally sent as killers meant to be enslaved by black people. York was eventually convicted of child molestation and financial fraud and is serving 125 years in prison.

The Nuwaubian followers have other weird beliefs. For example, they believe that our species resulted from experimentation on Mars, and women existed for several generations before they created men through genetic manipulation.

10. Church of All Worlds

Most of the deities followed by the CAW are based on ancient Greek gods, like Gaia (Mother Earth), and also includes fairies. Their focus is to connect with nature and seek to experience Divinity.

This list of the top 10 craziest religions in the world is just the tip of the iceberg. There exist dozens of religious beliefs which are sure to baffle our minds, which further proves that humanity is indeed champions of imagination!

All Religions Teach the Same Thing! 10 Points That Prove it

Unusual Religions Followed Around The World