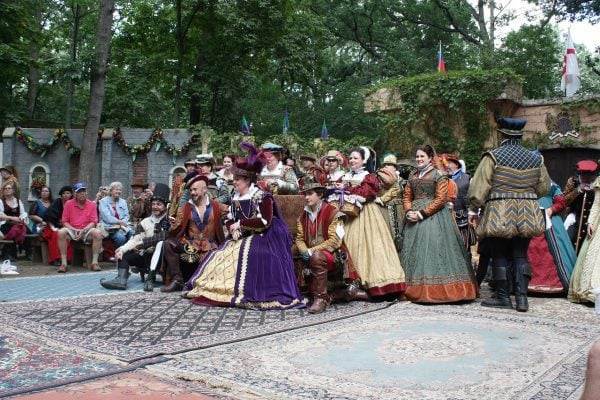 Ohio Renaissance Festival 2019 was one of the best festivals held in Ohio last year. The festival was visited by both adults and children who came to the festival and enjoyed it thoroughly! The festival takes you back in time during the flourishing of the renaissance in pan-European countries.

A Brief History of Renaissance

Renaissance is a word that you might have heard when you learned about certain artists like Michelangelo, Leonardo DaVinci, or Lavinia Fontana. You might have also heard it when you got to know about Dante, a renaissance writer.

And if you are a reader like me, you must have heard about all the above from our beloved Dan Brown novels.

Renaissance was a transitional movement in European history. This period impacted European countries’ culture and history and the language, art, literature, and architecture. It also reformed education and upheaved the politics and social structure.

The Renaissance began in the late 13th century or early 14th century around Florence, Italy. Many theories are said to account for its origin, but still, there are some speculations.

It contributed to the development of education and learning, visual arts like paintings, sculptures, music and literature, diplomacy in politics and socio-reforms, and intellectual pursuits in science. 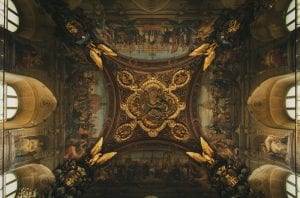 Contents
A Brief History of RenaissanceAbout the English RenaissanceSome Basic Information About the Festival Last YearThe Events That Impressed EveryoneShopping, Food, and Drinks

About the English Renaissance

In the Ohio Renaissance Festival 2019, you would have got to see and experience the renaissance period in English culture.

Visual arts was not the prominent art form of this period; rather, music and literature dominated and progressed.

Some Basic Information About the Festival Last Year

Back in the 21st century, Ohio Renaissance Festival 2019 took place in Harveryburg Warren County, Ohio. The festival takes place annually in the same place for the last 25 years. Ohio Renaissance  Festival 2019 was held only during weekends, from late August and continued through September and ended at the beginning of October. 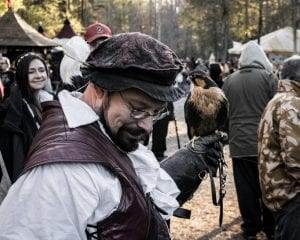 According to the renaissance period, in Haveryburg, a village is decorated as a frictional English village for the festival. Ohio Renaissance Festival 2019 was taken place in that English village, which is named ‘Willy Nilly-on-the-Wash”(I know a unique name indeed!). Through the last 25 years, the English village became permanent and is now 300 acres large. Every year the festival is celebrated in the village.

The theme of the decoration and the festival also changed according to the theme every weekend. Yes, you heard me right, every weekend had a different theme. But the highlight of last year was during the last weekend of Ohio Renaissance Festival 2019.

The theme of the decoration was Halloween (as Halloween as near). Every visitor wore their costumes and dresses every weekend (according to the theme of course), now that is one of the most interesting things I have heard!

For adults, the entry tickets cost around 23$, and for kids, the entry was free. Ohio Renaissance Festival 2019 also gave ‘buy one get one offers’ on tickets for adults during special weekends (like the weekend near Halloween)! The festival is full of events, food, drinks, music, and things you could only have expected to see if you traveled back in time.

The Events That Impressed Everyone

The events at the Ohio Renaissance Festival 2019 varied from weekend to weekend. But I will talk about the main events that took place on every themed weekend.

The opening weekend was extended for a single day as it coincided with the Labour Day holiday. Hence, the Ohio Renaissance Festival 2019 took place for three days on this opening weekend. Well, the visitors were fortunate indeed, as they did not miss out on any of the main events that took place that weekend.

The Festival offers 15 main events, some of them being stunt events you could glimpse on every weekend, like full-contact “Jousting competition” (just like in Game of Thrones), “Pirate Comedy show” where good old’ funny pirates will come to the shore and try to loot. 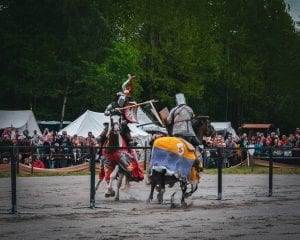 You could learn swordsmanship from the “Duelling swordmen” by locking into a battle of swords and intelligence. You will also get to meet “Christopher the Insultor,” who insults you and your companions in Elizabethian English. Believe me, he doesn’t mean any of it, or does he?

Every weekend you could see a Royal procession going through the village at noon. You can also witness the “knighting ceremony,” where the Queen gives titles to men.

A comedic version of Dante’s Inferno (where are my Dan Brown readers) was also showcased. A silent comedy show hosted by Moonie the Manif’Cent, where he juggles and makes people light with his antics.

“Cirqa Brava,” a duo of acrobats who do comedic acts while acrobat across the stage, was not only impressive but spectacular. Those were some of the events I talked about.

Now, let’s get to the weekly events and themes because we have a lot to catch up to! Side note all the main events talked about that occurred every weekend along with some fun add on.

Time Travelers weekend was held on the second weekend of the Ohio Renaissance Festival 2019. This week was dedicated to the lovers of sci-fi movies, books, comics, which depict time-travel. Everyone could dress up and show off their dresses inspired by “doctor who” or other shows when travelers parade. 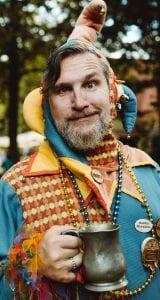 On the third weekend, the Ohio Renaissance Festival orchestrated a pirates weekend. It was the golden era of pirates during the 16th Century, so having a pirate theme should not be a surprise. If ye want to be pirate, ye ought to come here (forgive me, just channeling my inner pirate).

You are taught how to be a good pirate by the Pirates in the Pirate ship near the village. After the lesson, everyone who participated in, walk the Aleing Knight Pub to show what they learned.

The pirates also compose innovative games, for everyone, by making up new ones on the spot or playing the already existing ones by changing some rules for an extra flair of fun and dramatics. 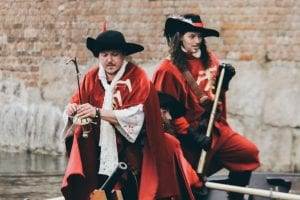 The fourth weekend is all about Fantasy. You could have seen the Village’s very own fairy court and a giant shy troll going for a stroll. The fairies love playing with adults and kids and will leave you breathless with their cheerfulness, beauty, and playful nature.

The Feast of Fools is set up for the fifth weekend. I bet you will be surprised to hear what kind of event is held. Well, it’s called “Rat Pucking” you play Puckett, but instead of with a ball, you play with a fake rat toy at the Upson Down Court of the Village. Yes, you heard me right, it is played with a fake rat which you can buy in any supermarket near your home.

The next weekend will take you to Scotland, as the Highland weekend is here. Kilt, which a garment resembling a skirt, is worn by men in Scotland. Hence a kilt competition is an obvious choice.

The Ohio Renaissance Festival 2019 also organized sporting events like sheep toss, stone put, and caber toss this weekend. All of them require skills and loud cheers from the public.

The third last weekend is the Barbarian Invasion Weekend, where a giant roasted Turkey legs eating Competition is held. So, if anyone felt lucky or competitive or hungry, they headed to that competition. Soon you will see Jolly old Vikings coming down for a barbarian invasion and showing how they raid and trade for stuff in a fun and safe way. They also showed their weapons and fighting styles.

The Romantic Weekend that was held second last was all about men wearing tight trousers and getting hoots from the crowds and women wearing colorful bloomers.

Last but not least was the Halloween Weekend. You could wear costumes of your own choice (era-appropriate, please) or wear a green or pink dress and visit the  Watermelon court if not in a mood. The Ohio Renaissance Festival also holds a pumpkin decorating competition and Tricks or Treats for kids. Kids can also go for Trick or Treating around the village at the weekend.

A visit to a fair full of festivities is not complete without a tummy full of food and a bag full of trinkets and souvenirs. 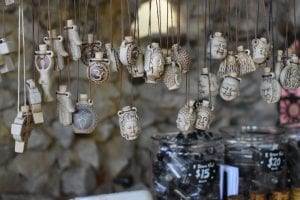 Ohio Renaissance Festival offers world-class artisans and their artistic things that were available during the Renaissance period. The marketplace provides candles from experienced candle makers.

You could also buy small glass sculptures or other things made of glass made by the glassblower. Glass lowing is a technique where you blow a bubble of mortal glass with the help of an iron rod and turn it into a desirable shape.

You could buy and catch sight of other crafts made by forging, blacksmithing, wood-crafter, and leather making, and leather tooling. You can buy these authentic products at a great price.

The food and drinks scene of the Ohio Renaissance Festival 2019 was top-notch and something you cannot resist. The Whole roster turkey leg is not only available In the Barbarian Invasion Weekend but other the weekends too.

You can also get a good-quality smoked steak on a stake; bread bowl and soup bowls are also attainable and delicious enough to make you go for another serving. 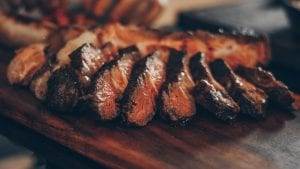 The Fish and Chips of Archibald Drake’s is the star of the food scene. New menus are added every weekend.

If you had enough space in your stomach, then you could have gone for a dessert in The Chocolate Raven. There they make fresh handmade desserts like fudge and puddings. 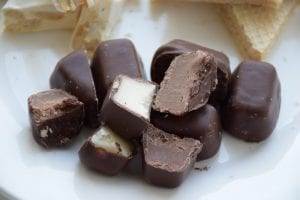 Wandering about the large festival, eating and playing with the pirates or fairies or other people, you might get thirsty. Don’t worry! Ohio Renaissance Festival got your back.

You can get all types of drinks like tea, coffee, beer, sodas, and wines. You will get a variety of different drinks. 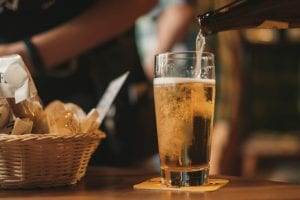 Ohio Renaissance Festival takes you back in time to the Elizabethan era, where you can meet queens and royals. It is full of entertainment, recreational activities, fun games, and events. Full of courts like the fairy court and watermelon court.

You meet with the pirates, Vikings, and fairies. The festival has delicious food and refreshing drinks. Ohio Renaissance Festival 2019 was a great festival, something you should experience, my dear reader! 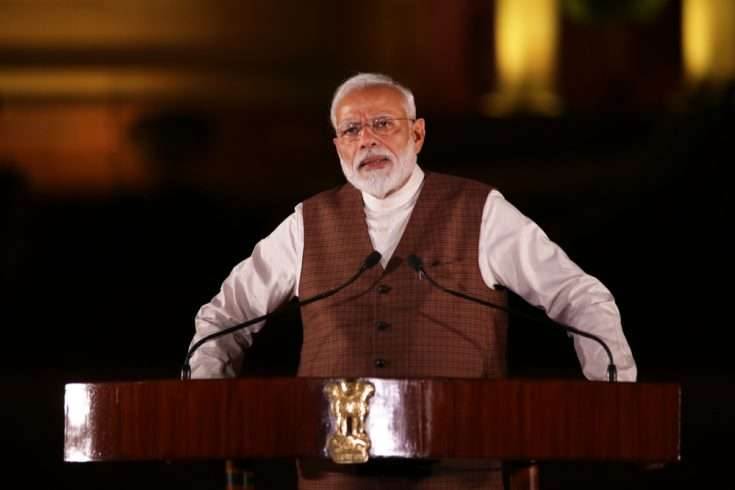