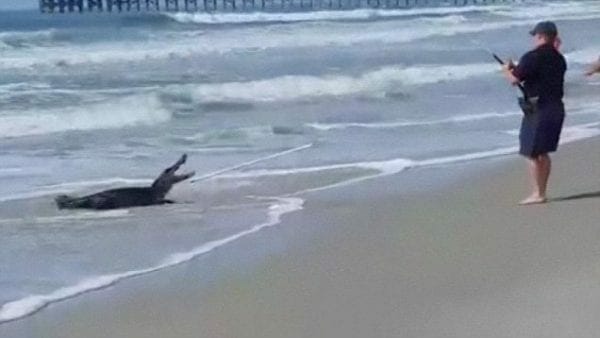 Rainer Hengst did not expect to see an alligator on the beach while hanging out at one with his family at Pawleys Island, South California. Rainer noticed a lot of commotion on the beach. Upon his arrival, a small crowd gathered to see the alligator swim to the shore. He took a video and got some photos that went viral on the internet. People were astounded to see a 7-foot scary alligator.

The Second Instance In The History Of Florida at Pawleys Island.

It is pretty unusual to find alligators in the ocean, and Hengst claims that he never saw one during his ten years of stay in South California. He stated that the alligator came onto the shore at about knee-deep water and returned. Police on four-wheelers followed the alligator to a mile up the beach, and a removal team lassoed the alligator and relocated it to safety. This is the second incident where police had to remove an alligator stuck in oceanic currents. 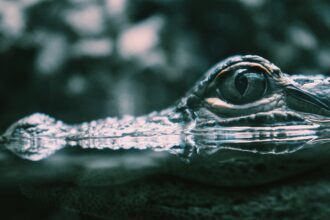