A college fest is that time of the year which students eagerly wait for. Friends become team members, classrooms become meeting venues and pocket money becomes funds for the fest. This article talks about one such fest of the Wilson College in Mumbai. Yes, we are talking about none other than *drumroll* Polaris!

Polaris marks the beginning of the intercollegiate festival calendar. It is one of the oldest intercollegiate fests of the city. Started in the year 2001 by the Bachelor of Mass Media department of Wilson College, it was the first-of-its-kind festival then. Seventeen years young, Polaris hosts around 30 colleges during the three-day festival. It provides a platform for various cultural, performing and literary arts talent. It brings together professionals from various media fields and hosts interactive sessions for the participating colleges. With a mixture of outstanding creativity, visual talent, and ever-challenging events, this festival is surely one to look out for.

Let’s have a look at some interesting facts about Polaris:

The Pole Star is also known as the ‘Guiding Star’. The fest is named so as it aims to set a standard for the festivals that follow.

The festival started in the year 2001. Every year, it sports a different theme which makes it more interesting and special. Some of the themes over the past few years have been-

This year, the theme is “The Celestial Mantra”. Marketing genius Seth Godin came up with the idea of ‘The Purple Cow’. It is a theory which speaks about noticing something which stands out without it screaming in your face; something which Polly stands true for. This year Wilsonians emphasized on the fact that those who live differently are not crazy but choose the off-beaten path. They did their pre-event ‘thoda hatke’ and Polly watched the movie ‘Cocktail’ along with his other contingent friends.

This year Polly hosted Chris Bosh, an eight-time Miami Heat NBA All-Star. There was a competition for students titled ‘Namaste Bosh’, wherein they were asked to come up with unique ways to welcome him. He also signed a basketball, which is still a treasured memento in the BMM Department.

So guys, what are you waiting for? Pull up your socks and get ready to ask yourself the question “Aisa Nahi Toh Kaisa?” at #Polaris2ksatra on the 21st, 22nd, and 23rd of July. *gets excited* 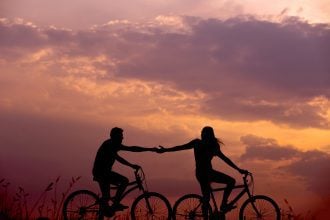