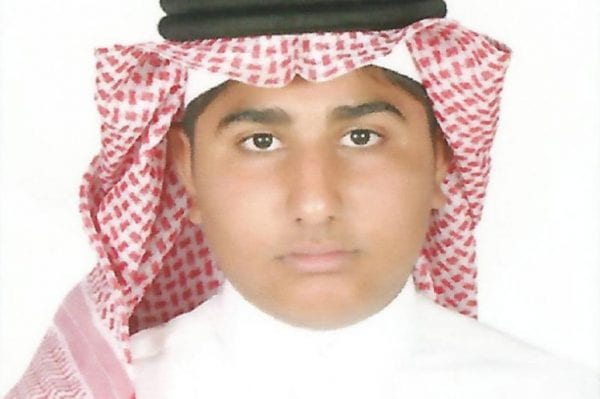 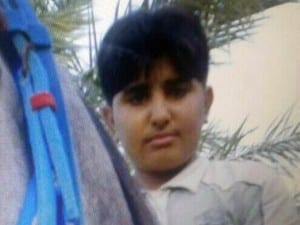 Abdullah al-Zaher is the youngest person in a group of juvenile offenders who participated in a reform protest in 2012 in Saudi Arabia. The boy has probably been tortured and forced to sign a document about his confession. Abdullah was sentenced to be beheaded. His family is still fighting for his life.

Saudi Arabia, a strict country, especially when it comes to public expressions that do not fit political representation, is believed to be preparing for the beheading of a young boy, Abdullah al-Zaher. Campaign group Reprieve told The Independent that Abdullah al-Zaher, who is now 19, was the youngest in a group of juvenile offenders put on death row as part of a ruthless crackdown on political dissent in the conservative kingdom.

Previously held alongside fellow juvenile offender Ali al-Nimr, whose case sparked outrage worldwide, Abdullah has now been moved to solitary confinement at a new facility and could be beheaded at any moment. 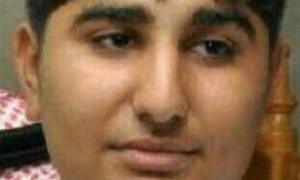 “Abdullah al-Zaher has been through a horrifying ordeal – arrested at the age of 15 for attending a protest, tortured into a “confession,” and now awaiting execution in solitary confinement, far from his family,” Maya Foa, head of the death penalty team at Reprieve commented.

In March 2012, he attended a protest, and he was arrested together with other protesters. The family is persuaded that he was beaten, tortured, and forced into signing a confession. The document is probably filled with the whole range of charges from “harboring” protesters, singing slogans and “concealing the offense of incitement, throwing petrol bombs and burning the cars,” as En.alarm.ir wrote.

The Reprieve said Abdullah was arrested “for being in the area of a protest.” The boy assured his father that he had not thrown Molotov cocktails or “anything similar” during the protest, En.alarm.ir stated. 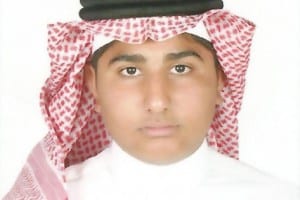 Abdullah was sentenced to death in the closed court called Saudi Arabia’s secretive Specialized Criminal Court in 2014. The result of the court was confirmed this year, according to the Reprieve, the human rights organization concentrating on this case. Abdullah is the youngest boy to be sentenced to death in the history of Saudi Arabia.  The prosecutor requested the crucifixion of the body after being beheaded.

As the last attempt of saving Hassan al-Zaher, his father has gone public with the story of their son. Despite the punishment that can afflict everybody who raises their voices against the decisions of Saudi Arabia’s courts, the father published the son’s case in the British newspapers, the Guardian. “Please help me save my son from the imminent threat of death. He doesn’t deserve to die just because he participated in a protest rally,” he appeals. 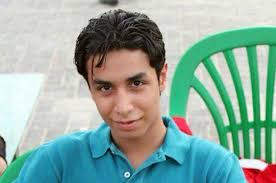 “Saudi government-aligned media outlets have been carrying reports in the past couple of weeks suggesting a mass execution of 52 prisoners which is due to take place imminently,” the Independent.co informed.

According to Reprieve, among these prisoners, there might even be Mr. Al-Nimr and his uncle, Sheikh Nimr, as well as Abdullah.

However, the British Foreign Secretary, Philip Hammond, assures the public that this claim does not describe the actual situation and disproves this statement.