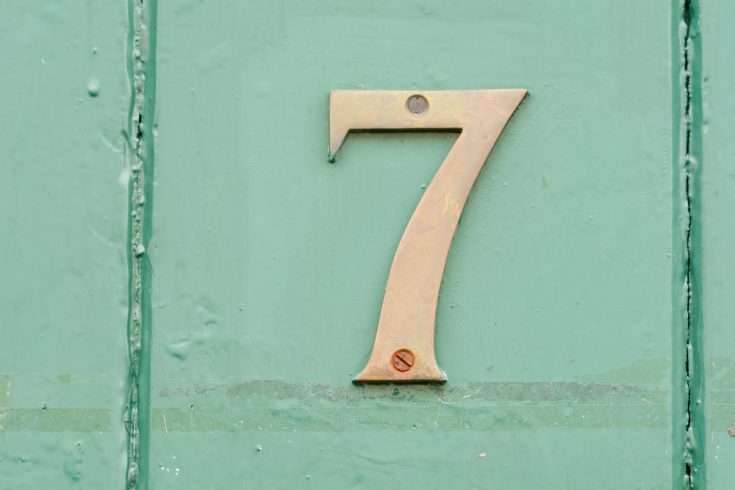 Have you ever noticed the recurrence of the number seven in nature? Seven days in a week,  seven colors of the rainbow, and the list goes on. Is there more to it than meets the eye?

Let me illustrate seven reasons why seven is a mysterious number.

Ever laid a thought on the fact that our planet has exact seven continents and seven seas! Does it not astonish you? Even our Solar system has seven planets that influence humanity. If we ruminate about ancient times, then it is quite evident that there were seven ancient sages.

Seven carries the energy of mystics. It is considered holy, and as per Hindu doctrine, when couples tie a knot, they make seven rounds around the fire. In the Bible, we read about the seven seals and the seven churches. Even in Egypt, number seven signifies eternal life. It has also been seen in some other religious texts, like the Quran and other legends.

It is presumed that each person has six more look-alikes. This means seven people on this planet look exactly like each other. Imagine six replicas of you! Sounds frightening, though.

When we talk about lives, we only talk about seven lives, but a man’s life is divided into seven stages if we look closely.

The lotus temple on Buddha’s Pedestal has seven petals.

There are seven deadly or cardinal sins:

Seven was considered as God’s number in ancient Egypt.

Number seven has got numerological importance too. It is believed that seven is described as the seeker or thinker. People born on the 7th date of any month are considered to be more mysterious than others. According to numerology, number seven believes in the hidden truth and deeper meaning of life.

It is believed that seven loyal angels defended the honor and dignity of God.

“Grace be unto you and peace from Him that is, and that was, and that is to come, and from the Seven Spirits which are before the Throne.” –Revelation 1: 4

According to Mythological cosmology, there are seven divisions of heaven. Apart from this, we have seven chakras and sacred directions.

Is it a mere coincidence? Well, it doesn’t seem so, though. Don’t these facts surprise you?

Seven surrounds us all around, but it’s quite mysterious why only seven carries this suspense. No proof or theory is available to solve the enigma yet.